5 Things That Singaporeans Are Still Overpaying For 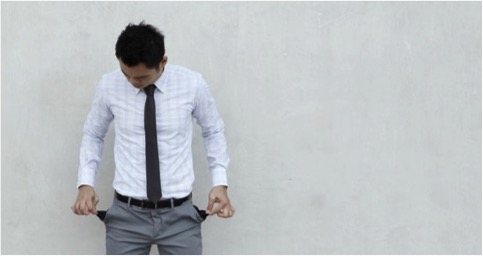 Below are 5 things that Singaporeans are still over paying for despite the fact that something could probably have been done about it long ago.

Singaporeans are already paying a high price for their cars. When the news of dipping oil price kicks in, we were all expecting our wallets to catch a little breather by being able to enjoy cheaper petrol.

A quick research on Singapore petrol price history would have indicated that the price of diesel did dip close to the percentage fall in oil price. As for the rest of the fuel price, the decrease in price is nothing impressive, by close to 10%. Nothing close to 40%, or even 20%, which is probably what entices more Singaporeans to fill their tanks across the causeway.

When we think of cheaper oil price, we think of public transport. SMRT’s net profit for the third quarter of FY2016 has risen by 63.5% from a year ago, due to the increase in profitability of its taxi and rental segments.

Fare businesses for SMRT profited from the lower diesel costs for bus operations, and SMRT profited SG$11.6 million, from trains, LRTs and buses business. None of this is translated to consumers currently, despite the little improvement, and Singaporeans experiencing one of worse train disruption in July 2015. We understand that some things take time to improve, but while they work on it, we would not mind a few extra dollars in our pocket from cheaper fares.

Here’s what you need to do if you wished to watch Barlcays Premier League football at the comfort of your home over the weekend? Subscribe to Singtel TV ( which you probably seldom watch), and add on SG$59.90 per month for Mio Stadium channel. The price of it was SG$34.90 per month 3 seasons ago, a drastic 70% increase in price.

This strategy of monopolising a certain TV content, locking in enough users and after which skyrocket the cost of it is not friendly to consumers’ pocket. Most football fans today are not able to watch football at the comfort of their homes simply because of the cost that comes with it.

We are actually more surprised by the fact that our cost to catch our favourite football team in action more often than not, goes beyond the control of regulator in Singapore.

Singapore is the second most expensive city to drink in. This is mainly due to the “ sin tax” imposed on alcohol by the government, which also helps to raise revenue for the government.

Food vendors are known to factor in the cost of their ingredients and translate it to the consumers. One example will be the cost of coffee at the hawker center being less than a dollar years ago, to the price it is at currently due to the increasing cost of sugar and coffee beans. However, vendors tend to behave differently when cost decreases.

Average monthly rent has fallen to the lowest since the first quarter of year 2006, as of July-September quarter last year. Retail rents fell islandwide by 4.5% year-on-year, and yet cost of our food remains unchanged. This is not the fault of the food vendors actually. It is how the economy works such that vendors will only change prices ( incurring menu cost) only when there is a total need to, such as it decreasing their revenue and profits.