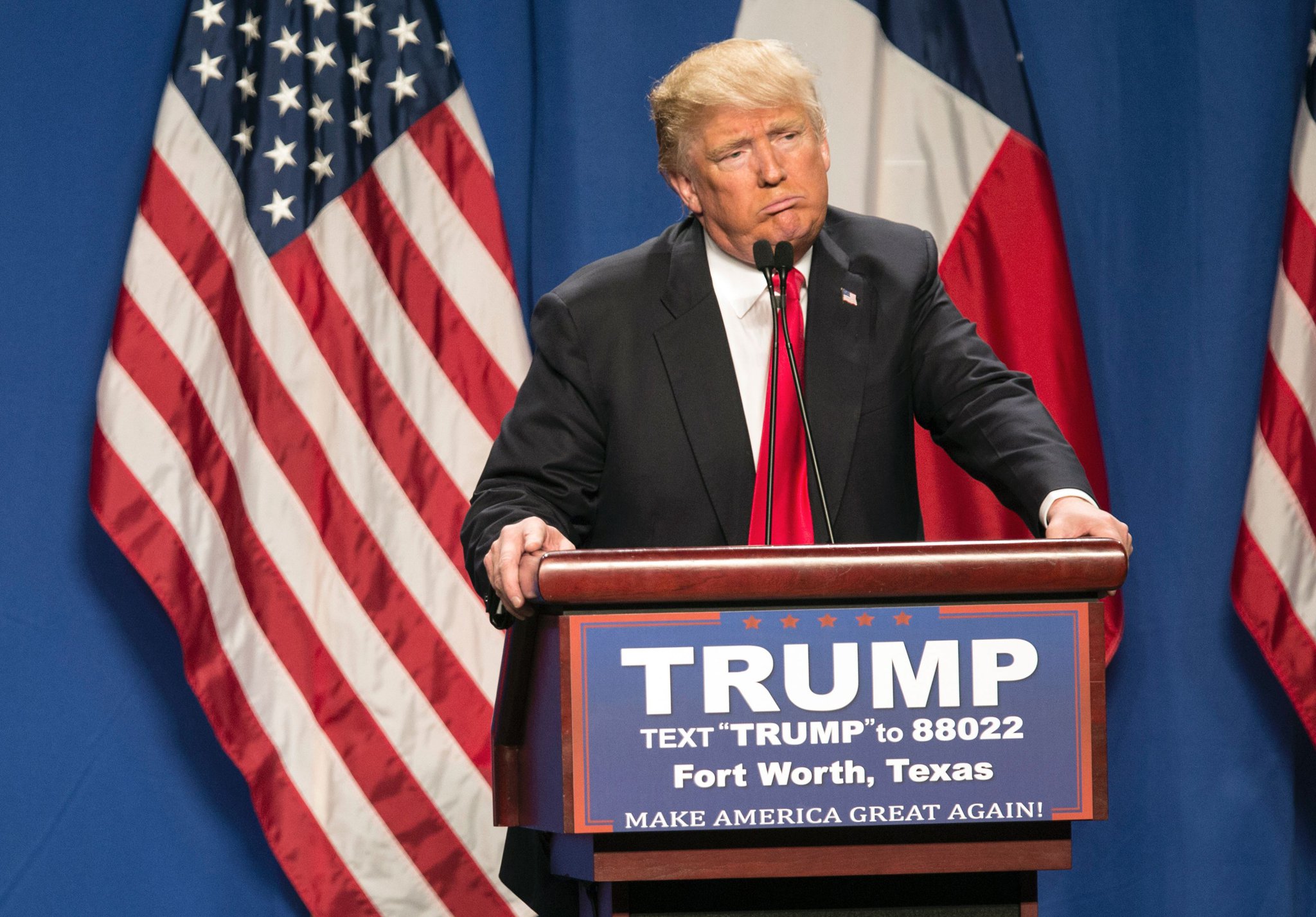 Let’s get straight down to business.

Donald Trump (shockingly) won the US election. He is going to be the President of the United States for at least the next 4 years. The financial markets, just like the electoral map, are in a sea of reds. Nobody expected the results.

There has been, and will be, tons of news over the next few weeks on what is going to happen next. We are all unsure. Nobody really considered the possibility that Donald Trump would win the election and become US president.

As far the financial markets are concerned, here are 8 things that all Singapore investors should know about.

Trump being elected U.S president puts lots of uncertainty over the US and the US Dollar (USD). We are not saying that the USD is going to decline. However, in times of uncertainty, investors will move from the USD towards Gold.

Trump’s victory has already seen a flight towards Gold, as investors seek safe haven for their money.

In an article we wrote last week, we mention how Gold price would definitely soar if Trump wins the election. That seems to be what is happening right now, and in the near future that follows.

# 2 Uncertainty Will Cause Sell-Off, Stock Markets Will Drop

Trump’s victory will cause investors and funds to be less certain for the future. This doesn’t necessarily mean that Trump is going to be an awful president, or that he will be bad for the economy.

Rather, the point here is that compared to Hillary Clinton, Trump is much more of an unknown. Investors, both institutional and retail, hate uncertainty, and that uncertainty is going to cause sell-off, leading to price drop across global equity markets.

Well, you can now put this to the test.

There is no doubt that financial markets are in a panic right now, with most major exchanges seeing significant drop today, and possibly, in weeks to come. And as we were taught, “panic is when an opportunity may exist.”

While we are unsure if this is indeed an opportunity to accumulate good quality stocks at a cheaper price, there is no question it’s a panic right now.

# 4 Watch The US Dollar (USD) Closely

If there is ever a time to be looking closely at the US Dollar (USD), it’s now.

Being the most commonly used currency around the world, the performance of the USD is of importance for many businesses. Commodities such as oil and natural gas are priced in USD. The strengthening or weakening of the USD will have an impact to companies around the world, directly and indirectly.

While the popular sentiment is that the USD is going to depreciate as a result of Trump’s victory in the short-run, the long-term performance of the USD is very much subjective still. We are not sure about the type of policies that Trump may introduce.

For example, if there are policies to lower corporate taxes, it may encourage US companies to repatriate cash stashed overseas back to the US, increasing demand for the USD.

Interest rates will also play a big role in the performance of the USD. Hence, all eyes will be on Trump and his administration on the type of policies that may be introduced.

The uncertain future of the USD will be one to keep watch on, particularly for investors who own local stocks that have their contracts in USD. These companies may stand to gain, or lose, depending on how the USD fares against the SGD.

# 6 Bonds To Be In Demand Again

With investors fearing that Trump’s election will bring global uncertainty, prices of treasury bonds across the globe has seen a spike in price.

During economy uncertainty, high quality dividend stocks tend to hold their value best. If you have such stocks in your portfolio, you may start to see an increase in value for them, especially if they are not directly exposed to the US.

There are many good local blue-chip companies that have been through recessions after recessions. They still continue to do well till today. Stick to them.

The stock market is full of ups and downs, as it fluctuates largely based on human emotions.

In life, the worst time to make a decision is usually when you are emotional. Similarly, we wrote in a previous article that a market crash is not a great time to start panicking. It seems counter-intuitive. Stay calm when everyone is heading for the exit? But that’s exactly what you should do.

Think about it. Are the best companies in the world such as Apple, Facebook and Google going to collapse because Trump is president? Are Singtel, OCBC and ComfortDelgro in trouble now? Should we stop investing in good quality REITs?

We are not saying that these companies will be completely unaffected. In fact, there is a good chance that they may be, especially for US companies. Maybe their profit margins may become thinner. We have no idea.

We have already seen a shocking poll result earlier this year when the UK voted to exit the EU. As expected, markets sell-off were immediate.

Personally, we think Trump being elected president was a much bigger shock to the world compared to the Brexit result. Similarly, the market is likely to be in the red in the near future.

However life still have to go on. We still have to invest for our future and our retirement. Selling stocks now with the expectations that they would continue sliding in the future is akin to short-term trading, rather than long-term investing.

Instead of doing that, what we can do is to relook our portfolio, and to ask ourselves if there are ways we can adjust it to include other asset classes such as gold and bonds to suit our risk appetite and outlook.