What Traders Need To Know If They Intend To Trade During The U.S. Election Period

Regardless of the election results next week, the financial markets will likely be in for a volatile week. 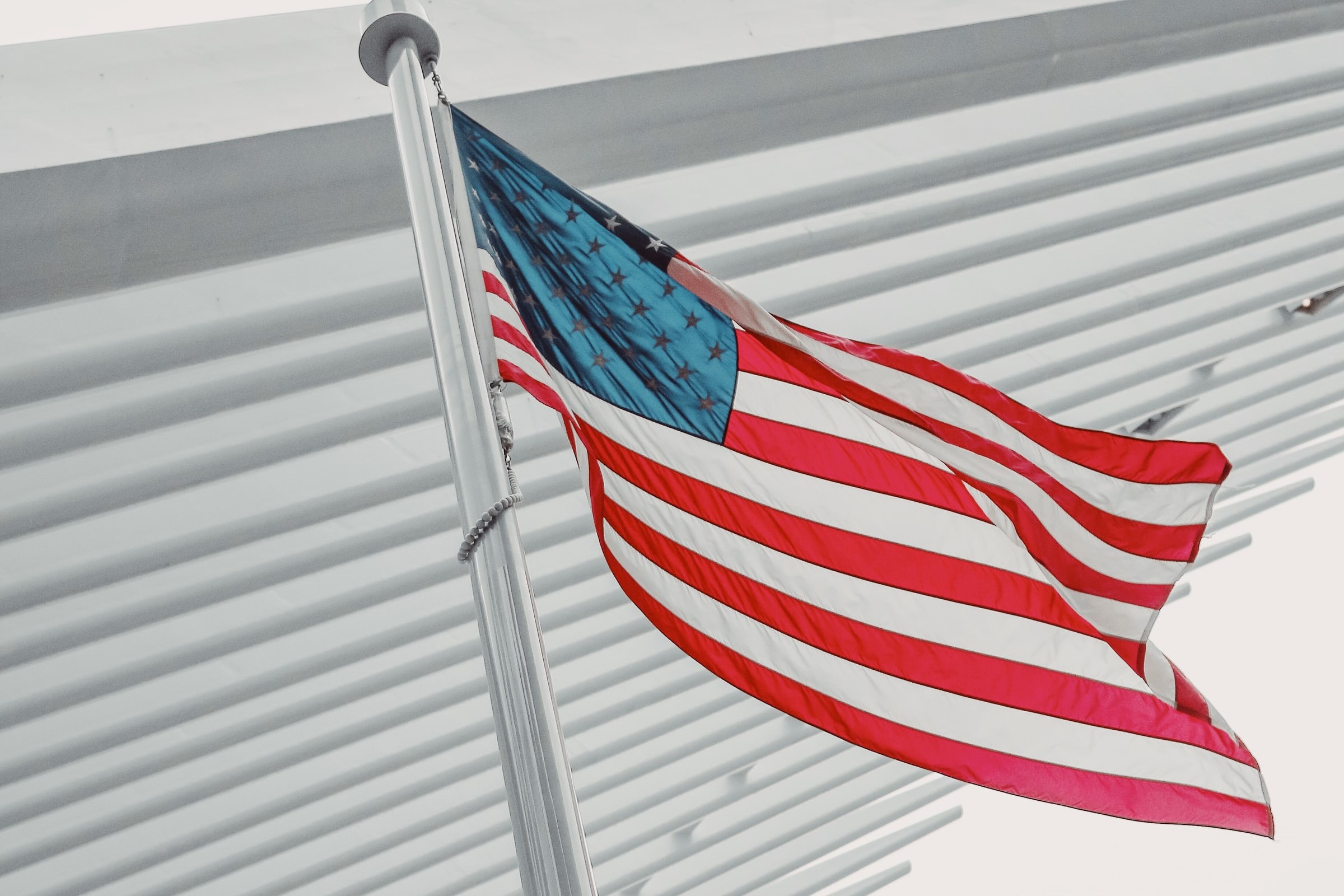 This article was written in collaboration with IG, the world’s No.1 CFD provider (by revenue excluding FX, June 2020). All views expressed in this article are the independent opinion of DollarsAndSense.sg based on our research. DollarsAndSense.sg is not liable for any financial losses that may arise from any transactions and readers are encouraged to do their own due diligence. You can view our full editorial policy here.

The U.S. Presidential Election is the most-watched and followed elections in the world – and rightly so. As the biggest economy in the world, the outcome of the election dictates what happens in the United States over the next four years, and how the world’s economy is going to be.

As seen over the past few years, the election of the U.S. President is an immensely important one. Decisions that the U.S. make can have a significant and long-lasting impact on countries around the world.

For example, the US-China trade war has been the main talking point in the world’s economy over the past two years before the COVID-19 global pandemic took center stage. For better or worse, there has been an impact on international trades as the U.S. attempts to improve its own domestic manufacturing industry at the expense of other countries (most notably China).

In 2020, the stakes are going to be higher than ever. Beyond just the economic ramifications behind who is going to be the next elected President of the United States, and the subsequent decisions that would be made by the President, the U.S. is also in the midst of the biggest health pandemic in our generation.

With more than 8 million cases of COVID-19 and with cases not showing any signs of slowing down in the U.S., any decisions (or non-decisions) in the future could have a lasting impact on both the health and the economy of people living in the U.S. and also those around the world.

Volatility In The Financial Market Usually Spike During The Presidential Election

It’s worth noting that volatility in the financial markets would typically spike during the U.S. Presidential Election (or other global events). Whether we live and/or invest/trade in the U.S., we can’t escape the fact that the outcome of the U.S. Presidential Election does matter to financial markets around the world and thus, have an impact on our investment and trade positions.

And the greater the uncertainty of the outcome, the higher the market volatility is going to be.

In a typical U.S. Presidential Election, there would be greater economic stability and lower market volatility whenever the incumbent President is re-elected. However, for the 2020 U.S. Presidential Election, it’s hard to say which outcome the financial markets prefer. Would Donald Trump being re-elected provide a higher level of stability for the economy? Or would Joe Biden be the superior outcome, at least from the point of view of the financial markets? Nobody really knows.

With the uncertainty of outcome, trading during this period is going to be exciting yet scary. Traders may start becoming emotional with their trades if the outcome isn’t what they expect. This could lead to fear or greed and the market can become irrational for a short period.

What Happened In The 2016 U.S. Presidential Election

We look back four years ago to the last U.S. Presidential Election to see what happened in the financial markets once the election results were announced.

Despite the initial short-term decline in the stock markets within the first 24 hours, markets quickly rallied after that once investors started realising that the (surprise) Donald Trump win wasn’t going to be as bad for the financial markets as initially feared.

This has proven to be true. Over the past four years, U.S. stock markets have performed exceptionally well.

There are two lessons we can learn from the 2016 Presidential Election won by Donald Trump.

In case you need more evidence, what happened in 2016 showed that the financial markets may not always react correctly to news even after the results have been confirmed. After confirmation that Donald Trump has won, the financial markets continue to react negatively to the news for a short while.

Soon after, it appeared that investors got over their initial shock and the U.S. stock market started rising and has done well over the past four years. Fear can quickly turn into euphoria and all these emotions can happen in a short period of time, leading to high volatility.

Besides the stock markets, other asset classes may be impacted as well.

The most obvious of these asset classes would be the US Dollar (USD). Following Donald Trump’s election win in 2016, the USD hit new highs against other foreign currencies. Gold, which initially made sharp gains after early reports that Donald Trump had won, quickly fell soon after.

Simply put, there are many different asset classes and all of these asset classes can react in their own ways to the U.S. Presidential Election results. It’s 1) impossible to predict the election results and even if we guess the results correctly to 2) assume that the market will react rationally in the way that we think it ought to.

For example, an individual who shorted the stock market upon Donald Trump’s 2016 election win would be right in his election prediction but may still end up losing money in his trade if he held too long to his position. Similarly, an individual who shorted the market and held to his position after Donald Trump’s election win, thinking it spelled negative news for the financial markets in the long run, would most likely have lost money.

Trade With Caution In The Next Few Days

In the next few days, we should expect volatility to be higher. Depending on the election results and any announcements after that, this could be even higher if anything unexpected happens. As a trader, it’s essential to be mentally prepared for this.

If you are not keen on the volatility, it will make sense to stay out of any short-term positions entirely.  Trying to guess what will happen and taking up leveraged positions based on these assumptions is risky. While the trade-off could be rewarding, the risk is much higher than usual as well.

For those who wish to trade during this period, you should consider various ways to hedge your risk. One way is through Knock-outs, a type of derivatives that traders can use to make trades for a range of products, including foreign exchange (Forex), commodities, stock indices and shares. Knock-outs are CFDs with an expiry. Unlike regular CFDs, knock-outs have an in-built mechanism to limit how much a trader can potentially lose on each trade. For traders based in Singapore, you can access knock-outs via IG.

Read Also: Knock-Outs Trading: What You Need To Understand About This New Product Before You Start Trading It

Besides using purpose-built trading products such as knock-outs, you should also consider using a platform that allows you to trade outside of trading hours. For example, IG allows traders to access pre-market and post-market trading hours so that traders can capitalise on announcements that will be happening throughout election day and the result announcements. You can open an account with IG to access more than 70 out-of-hours CFDs on U.S. stocks.

Whether Donald Trump gets re-elected or Joe Biden wins, the point is that as traders, you need to either 1) stay out of the market or 2) be prepared for heightened volatility if you hope to take advantage of market movements during this period. This holds particularly true for USD currency pairs (e.g. EUR/USD, GBP/USD, USD/JPY), U.S. indices (e.g. S&P 500, NYSE, NASDAQ) and stocks, as well as commodities such as Gold and Oil.

If you are new to trading but would like to get a sense of how trading will be like during an extremely volatile period, consider opening a Demo Account with IG first that allows you to practice trading with virtual funds. For those who wish to trade with actual money, you can open an account with IG that enables you to trade more than 17,000 markets such as forex, indices, shares, commodities and even crypto-currencies.

IG provides an execution-only service. The information in this article is for informational and educational purposes only and does not constitute (and should not be construed as containing) any form of financial or investment advice or an investment recommendation or an offer of or solicitation to invest or transact in any financial instrument. Nor does the information take into account the investment objective, financial situation, or particular need of any person.  Where in doubt, you should seek advice from an independent financial adviser regarding the suitability of your investment, under a separate arrangement, as you deem fit.

No responsibility is accepted by IG for any loss or damage arising in any way (including due to negligence) from anyone acting or refraining from acting as a result of the information. All forms of investment carry risks. Trading in leveraged products, such as CFDs, carries risks and may not be suitable for everyone. Losses can exceed deposits.

This advertisement has not been reviewed by the Monetary Authority of Singapore.

8 Trading Communities & Facebook Groups For Traders In Singapore
Rayner Teo – One Of Singapore Most Followed Traders – Made His First Trade Without A Plan, Lost 8% And Quickly Bailed Out. These Are His Biggest Lessons. #MyFirstLoss