The Insurance Industry – A business of unethical profiteering? 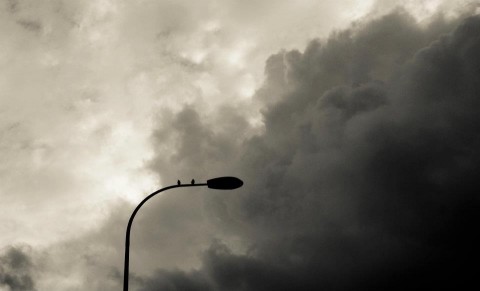 We rarely do this, but after reading this article on the Straits Times that we feel every Singaporean should read, we are going to attach it for you to read, dated 29 January 2013.

Have you ever wondered why insurance agents and companies are always in the news for misselling and hard selling their products? Its easy enough to understand that they receive different amounts of commission for each product and are naturally going to sell the products which give them the highest paycheck at the end of the month. We are not going to argue on the moral hazard of that system, we think more than enough people have given it enough publicity.

But have you ever wondered why the government doesn’t do anything about it? This is where the article comes into play. A review panel was set up, but they concluded that Singaporeans were not ready for a change, and that hard selling is fine – essentially. It wasn’t surprising that experts in the field vehemently lobbied that we maintain our status quo instead of changing to a fee-based system, where insurance agents become the professionals selling us the advice that they are able to offer, rather than the products that they have.

You see, the insurance industry have been doing really well the past few years in Singapore so it is entirely understandable that they rather keep the same system that is currently working well for them. Asking them to suggest and propose ideas to change the current model is similar to the government asking property developers to suggest more cooling measures to moderate the market and prevent speculation. Hardly feasible.

We at DollarsAndSense.sg fail to see how the fee-based system wouldn’t work in favour of consumers, other than there might not be as many insurance agents and the “reach” of the institutions diminishes. And when we say “reach”, we actually mean cold calling, hard selling and heckling on the streets and over the phone. Thus, there could be significantly less profits for these institutions. We argue that a more holistic approach from the institutions, such as spending more time educating the public on the pros and cons of different insurance policies, would be time well spent. The institutions argue that the cold calling, hard selling and heckling on the streets and over the phone is a better use of their time and would serve the public better. There lies the big difference, sales over education. And lets not try to twist the sentence anymore than it needs to be. Under the current system, the only time you are receiving an “education” is when it would help deliver a sale. It is like saying you will only pay your legal fee if the lawyers you engage represent you in court.

Sure, the review did highlight problems with shifting to a new model and uncertainty on whether it would be successful for the general public, but there also are major problems with this current system, its not like we’re fixing something that ain’t broke.

Secondly, we could look at a flat fee being paid; this would effectively eliminate agents’ bias towards certain products with higher commissions. This is an area that that the committee has no problem agreeing with. Nonetheless, this was considered unsuitable compared with the highly profitable scheme being run right now.

And lastly, did the review chairman actually said consumers have the option of seeking a second opinion before purchasing any policies that they are being sold to? Has he ever tried seeking a 2nd opinion from another insurance agent regarding a policy that he is currently considering? If he had, he would have realized the current problem with the industry almost immediately. The 2nd agent would most definitely have a “better and more ideal” plan that would be more “suitable” for the client. Why that is so is simply because agents are compensated only if they make the sales, so no sales equates to time wasted. With a fee-based system, the agent would be able to provide a neutral evaluation of the policies being considered without the pressure of closing a sale in order to make a living.

It is equally ridiculous in our opinion, to be suggesting that “consumers cannot care less” about the policies that they are buying. Sure they might be misinformed or missold a policy but that is because the advice they received in the first place was garbage to begin with – an insurance industry problem. It is hardly fair to suggest that a consumer deserved to be mis-sold a policy simply because they were unable to get access to good advise – an insurance industry problem.

Would industry giants say no to profits and shift towards a system that gives the consumers more rights and powers?

Our article may appear to portray the insurance industry in a rather negative context. That is not our intention. In fact we think buying the right insurances is one of the best thing you could do for yourself, and your loved ones. We know of quite a few good insurance agents who are knowledgeable and who are able to effectively communicate the importance of insurances to their clients. More importantly, they are trustworthy and get most of their clients through referral, which is only possible if their recommendations and advice has proved to be good. We believe these groups of agents are the ones who will continue to do well or perform even better in a fee-based system whereby they are compensated for the good advice that they provide, and not the sales that they made.

The results of the review, or the article that communicated the results is flawed in many areas that we feel it deserve a bit more attention. The article suggests consumers seek a 2nd opinion, so we hope to at least provide some resemblance of it. Check out our previous article on insurance http://dollarsandsense.sg/avoiding-sticky-insurance-situations-in-singapore/.

Yes, none of us are insurance agents here so we are not professionals and thus our advice may be deemed less “valuable”, but hey, at least we ain’t trying to close any sales here!

Avoiding sticky insurance situations in Singapore
Are you really covered?