The FIFA Scandal – The Money Behind It 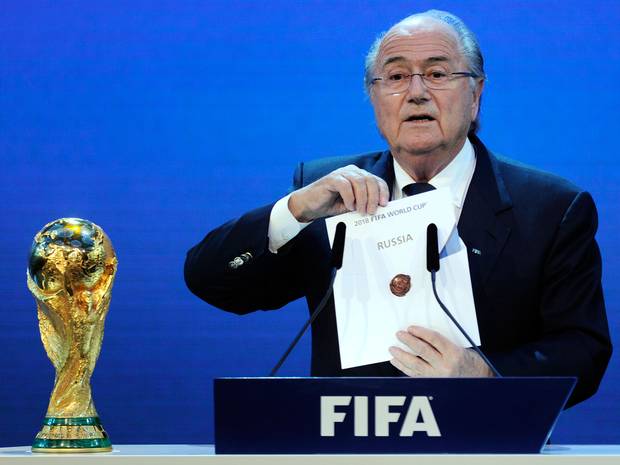 For as long as I can remember, FIFA has been synonymous with football. They are the football world’s governing body. There’s a FIFA video game for kids, it’s on the sports merchandise we buy when we play football, and it’s the organizer behind the World Cup every four years. The list never ends.

Along the way, FIFA also make a bucket load of cash through all this.

The USA has recently got into the spotlight, one of the rare occasions they’re mentioned in the same sentence as football. They are investigating FIFA for taking bribes while the Swiss are leading an investigation into just how the World Cup rights ended up being awarded to Russia and Qatar in 2018 and 2022 respectively.

This just proved something every football fan already knew since these two countries won the rights to host the World Cups – that there was something very wrong with the way FIFA was being run.

Russia is inaccessible, not the most democratic country around, corrupt and doesn’t provide much in terms of amenties, or even having good enough stadiums for games to be played in. Let’s not even talk about where the money to improve all these stadiums will come from in time for the World Cup.

Qatar is a bigger joke. They have a lousy football team, never qualified for the World Cup before, and will have a ridiculously hot temperature when the time comes for the football tournament that is held in June.

Not for profit, FIFA?

FIFA is also, apparently, a not-for-profit organisation. This is hard to comprehend given what we’ve all seen at Brazil in 2014. FIFA paid no tax for holding the World Cup in Brazil, profiting close to US$4.5 billion[1] while the Brazilian people ended up paying for the building of the stadium with blood, sweat and more importantly, money.

Along the way, FIFA also helped corporate sponsors such as Budweiser gain exclusive rights to sell beer while overturning local laws that banned such beverages in stadiums. Indeed, throughout the competition in Brazil, locals rioted and spoke out against holding the World Cup there. And recent videos on the Internet show how massive and expensive stadiums have become nothing more than bus depots.

Revenue from the World Cup

The 2014 World Cup generated revenue of US$4.8 billion over four years, from the qualifying rounds all the way to the actual finals in Brazil. After taking costs into consideration, FIFA came out of it to the tune of US$2 billion.

A breakdown of how FIFA made its US$4.8 billion revenue for World Cup 2014:

To be fair, FIFA’s argument is that it ploughs the money back into the game. We think it is worth pondering just much goes into illegal activities before it goes back into the game. In addition, FIFA’s reserves stands at US$1.5 billion. Pretty impressive for a non-profit organisation.

In summary, we think a logical person would have already suspected there were shady things going on with FIFA when Qatar was awarded the World Cup over many other more worthy footballing nations. All this despite not even having a comprehensive plan to get over the heat issues and whether it would even be a summer or winter World Cup.

Most impressive of all, FIFA’s head, Sepp Blatter has been in power at FIFA for the past 17 years.

Breaking The Poverty Cycle In Singapore
How much do you need to earn to be above Singapore’s “average”?