The Economics Behind Sim Lim Scams 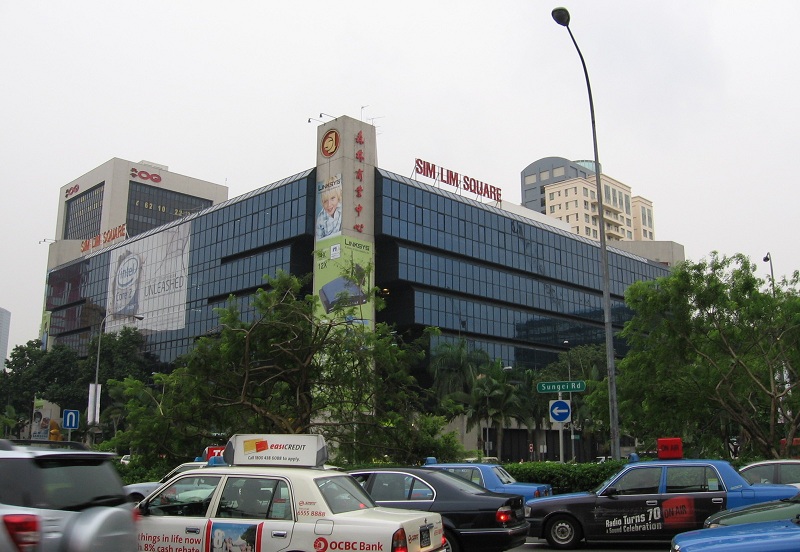 In our latest EconomicSense column, DollarsAndSense.sg takes a look on why scams in Sim Lim Square are able to survive despite the numerous complaints against such shops in the mall.

In the last couple of weeks, most would have heard about the Malaysian diver who had lost spent $4500 on two iPhones and the lady who was refunded with $1100 in coins at Sim Lim Square.

These incidents are of no surprise to most Singaporeans, who are already aware of the scam-like approaches that shops in Sim Lim notoriously adopt. The rather curious question, however, is how these shops are able to survive despite the bad reputation the mall has accumulated over the years.

In fact, shops in Sim Lim have endured through financial crises and the ever-changing landscape created by e-commerce websites.

Businesses are motivated to keep customers happy because of the possibility of future transactions. None of us would return to a business that we felt have not given us value-for-money services or products. This keeps businesses honest, as exploiting a customer today would make it less likely that he or she will return tomorrow.

Why The Frequently Cheated Are Mostly Tourists

The likelihood of a tourist returning to the same shop is low. Hence, the profit maximizing concept suggests that it is best to extract as much value as possible from a tourist, since it is likely to be the one and only transaction between the two parties.  A business may try overcharging a tourist as long as it believes it can get away with it.

Therefore, it was not surprising that the two individuals highlighted in the scams above were foreign nationals, whom the shop staff at Sim Lim probably recognized as tourists.

For products such Apple’s iPhone, most would already have known that Apple places stringent pricing policies on its products. Hence, the small shops in Sim Lim do not receive special types of discount that enables them to sell the products at lower prices. A customer entering Sim Lim looking to buy an iPhone is sending a signal to the salesperson that he or she is either clueless about the set price of an iPhone, or is somehow willing to pay more for it.

Regardless, a lot of people still do head to Sim Lim because they believe they can get IT gadgets at lower prices. This is true to some extent, since it will be foolish for us to think that the shops in Sim Lim only make profits from overcharging. Hence, despite its bad reputation, there will still be people flocking over to search for the items they need.

But why are shops in Sim Lim always willing to cheat customers?

Will they not be better off being honest instead and build on their reputation?

How Negative Externality Comes Into Play

Negative externality occurs when a firm decides to make a decision that gives itself immediate benefits, but at the cost of all other parties.

In the case of Sim Lim, a cheating incident can be considered a type of negative externality. It provides benefit only to the shop that has cheated the customer. However, the entire mall suffers as it is likely that the customer would not return to Sim Lim in the future. On the collective whole, everyone will appear worse off.

Those who go to Sim Lim to buy products such as an iPhone mistakenly assume that the numerous shops in the mall would provide for a lower and more competitive price. Shops know that too, and hence, would tout prices lower than cost in order to trick customers into buying with them. A shop that “honestly” quotes its selling price is likely to be priced out by dishonest shops.

However, expecting a dishonest shop to make a loss from a sale simply cannot be feasible. Hence, said shops would therein specialize in finding unscrupulous ways to add on ridiculous hidden costs in order to boost their profit margins.

The problem is that all shops know this. Thus, from a game theory point of view, it is to the benefit of each individual shop to quote a low price and trick potential customers into paying more thereafter, rather than to risk seeing the potential customer walk off and subsequently witnessing him or her getting tricked by the shop next door instead.

Why The Lack of Intervention From Authorities?

There are many reasons that come to mind. Notice however, that most scams in Sim Lim begin once the customer has paid the initial teaser fee and sign a contract and it is the contract that probably binds the hands of the authorities a fair bit. Items such as “warranty” or “phone plans” are included in the fine prints of the contract which states that the customer would have to bear the additional cost of anything which the cheating shop charges.

The shops are smart too. They quote a ridiculously high price such as $2000 for a “warranty” to shock customers to the extent that a negotiated $800 “warranty” one hour later would appear reasonable.

It is despicable, unfortunately, that is just how they operate. Moreover, a shop can easily change its name once it has been blacklisted.

How You Can Make A Difference

Aside from sharing this article with your friends to remind them to avoid shopping at Sim Lim, the next most effective thing you can do is to stop going to Sim Lim, and to remind your foreign friends to do likewise. These scams are highly profitable; otherwise, these shops would not be practicing them. Each time a shop tricks a customer into overpaying, it provides all the other shops further incentive to continue doing so.

Even if you are IT savvy and are able to get for yourself a good deal at Sim Lim, you are nevertheless supporting the shops whenever you buy something there. It is true; Sim Lim is able to give lower prices and some win-win transactions. However the good deals you are getting from these shops are coming at the expenses of others who are being ripped off.

Update on 6 November – Since our article was written, the scams have further gone out of hand, with a Vietnamese tourist reduced to begging and kneeling for his money back from one of these shops. The China tourism board has alerted its citizens to be wary of scams and to take precautionary measures when in Sim Lim.

Ever wonder what would happen if the financial markets went for a Halloween party?
What if the PAP had said what Hong Kong’s Chief Executive said?