Sports is one of the rare activities that can unite (or divide) people. 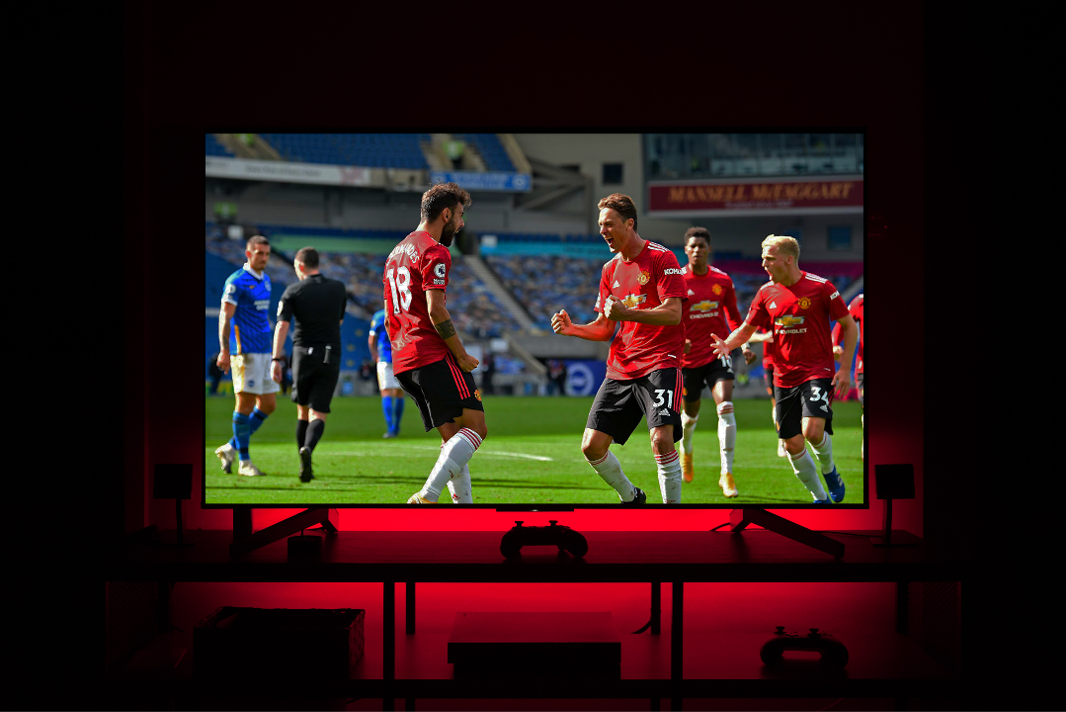 This article was written in collaboration with Singtel. All views expressed in this article are the independent opinion of DollarsAndSense.sg based on our research. DollarsAndSense.sg is not liable for any financial losses that may arise from any transactions and readers are encouraged to do their own due diligence. You can view our full editorial policy here.

Growing up, I was a big sports fan. I was (religiously) watching the Premier League, NBA, tennis, Ultimate Fighting Championship (UFC), boxing and some other sports. In a time before social media, watching sports was one of the leisure activities many of us could indulge in for entertainment.

My passion for watching and following sports subsided after enlisting to National Service. We didn’t have mobile data or smartphones back then, which means we couldn’t watch any sports when we were in camp. And even if mobile data was available, it wasn’t like we could get away with watching Champions League games at 3 am in camp.

Similar to watching one of those epic TV series such as Days of Our Lives (56 seasons since 1965 and still counting!), the problem with sports is that once you stop following for some time, it feels difficult to restart.

However, the thing about sports is that it doesn’t change that much. Football in the year 2001 is very similar to how football is in 2021. Yes, the “characters” may have moved on (Steven Gerard has long retired, Solskjaer is now managing Manchester United, and David Beckham is now the owner of a football club), but the goal of each team and the athletes who compete against one another remains the same – reach and remain at the top for as long as possible.

Sports Unite (Most) People At All Levels

Whether you are discussing how big of a flop signing Juan Sebastian Veron for £28 million was in 2001, or how on earth Harry Maguire could be worth £80 million in 2019, the interesting thing about sports is that these discussions can take place with any fan of the game. Whether it’s a debate with your best friends in school, or at a professional networking event with someone you’ve just met, a discussion over sports can unite (most) people, or at least help you break the ice with someone you want to connect to.

In the past, sports may have come across as just another hobby, but today, sports is an integral part of society and the business world.

If you look at the Premier League today, Liverpool is currently sponsored by Standard Chartered while Tottenham is sponsored by AIA. In 2019, Brighton and Hove Albion, which is also in the Premier League, signed a 12-year extension that is reportedly worth more than UK£100 million and covers all kits and also naming rights to the stadium – the American Express Community Stadium. Within Singapore, Sea limited, the parent company of Shopee and Garena, has also bought Lion City Sailors Football Club (previously known as Home United).

As we can see, even in the financial world, it’s starting to be hard to ignore sports.

Reuniting With Sports Again In 2020 Due To COVID-19

Due to a lack of time, I could only watch sports casually since I started working in 2012. However, this changed in 2020 – mainly due to circuit breaker.

The circuit breaker period in Singapore was a mentally exhausting period for many of us. Besides working from home, there were other things to care for and to worry about.

But even if you are the kind who enjoys working hard at home, it wasn’t feasible to spend all our time just working. Regardless of how occupied we might be, we all need to find ways to take a mental break.

Since going to the gym, dining out with our loved ones, or meeting our colleagues for coffee was not possible, one of the things we could still do (besides playing video games) was to watch sports.

In May, I paid for my first pay-per-view UFC event – UFC 249: Ferguson vs. Gaethje, which cost about S$30. The experience exceeded my expectations. Perhaps, this could have something to do with how so much of our world changed in 2020 because of COVID-19 that we started appreciating being able to watch something familiar that has remained the same even during the pandemic.

Though I watched the fight alone, it was therapeutic – a reminder that even during one of the hardest periods of our lives, sports was something we can indulge ourselves in. It was one basic pleasure we could all count on.

While both the Olympics and EURO 2020 were (rightfully) postponed in 2020 as they required athletes from all over the world to come together to participate, other sporting events such as the Premier League, the UFC and the NBA managed to find ways to resume competition safely. And while supporters cannot watch the games live at the stadiums, for many of us in Singapore, it made no difference to our experience since we always watched the games on the television anyway.

Whether it’s paying about S$30 a month for the UFC or the NBA, or about S$60 a month for the Premier League, there are always some costs involved in watching sports. However, during a trying period in our lives where we cannot travel overseas or participate in social gatherings, there is no reason to deny ourselves the pleasure of at least watching something that many of us can still enjoy – our favorite sports teams and athletes from the safety of our home.

In fact, one of the main driver for the Premier League being restarted after COVID-19 shut it down was to boost the country’s morale. And, uniquely, this morale booster has also been supplied globally with football being the most watched sport in the world.

Watching Sports At Home Can Be Enjoyable

While soaking in the atmosphere with fellow fans at a stadium is the best way for fans to watch a game, this is not financially realistic for most of us living in Singapore, and who want to watch Premier League games regularly. And even if cost isn’t an issue, watching games in the stadium isn’t possible now because of the current COVID-19 global pandemic.

However, this doesn’t mean we can’t enjoy watching live games from the comfort of our homes.

When we watch a game from home, we enjoy superior video quality, up to a resolution of 4K (3840 X 2160) and do not have to rely on the use of a binoculars to see who has the ball. We can also watch the games from multiple angles and view replays on any important moments. Best of all, we get to do it in the comfort of our home and enjoy any food and beverage options that our fridges offer. Halftime analysis by experts and pundits can be more entertaining compared to waiting or queuing up for food in the stadium.

For a premium stay-home sports experience that can rival any corporate box seats or front row seats at the stadium, we shouldn’t just focus on getting a better sofa, a bigger television or the best snacks prepared beforehand. We also need the best possible broadcast quality.

Through the Singtel TV 4K DVR Set-Top Box, we can optimise our viewing pleasure, watching football games in 4K such as live Premier League matches. The Singtel TV 4K DVR Set-Top Box provides the sharpest resolution to enjoy football games that technology can offer us. At an additional $4.90 per month, we get to watch 2 Live matches in 4K each match week on mio Stadium 4K CH 101. Do note that subscription to this channel is only applicable for those who already have an existing Singtel TV Value Pack, Ultimate Pack or mio Stadium+ subscription.

If, like me, you are also the sort who wants to watch multiple football games each weekend even when the games are played at the same time, or if you have family members who support different teams that may inevitably end up playing at the same time, the Singtel TV 4K DVR Set-Top Box has a storage capacity of 1TB, allowing you to record up to 90 hours of content in 4K, or 280 hours if the game is available only on HD.  This is useful in allowing you to watch your Manchester United game live while your brother who supports Newcastle United gets to watch his team play “live” through the recorded version two hours later.

Beyond just the Premier League games, you can record any programme on Singtel TV 4K DVR Set-Top Box.

At a total of $19.80 per month (inclusive of the $14.90 per month for the Singtel TV 4K DVR Set-Top Box and $4.90 per month for the 4K access to Premier League games), the Singtel TV 4K DVR Set-Top Box will significantly improve the experience of the Premier League games that you watch. During a period where watching games at a sports bar with friends, or going in a large group to someone’s home to watch football games isn’t allowed, the best thing we can do to destress is to indulge in a premium experience of watching live sports events from home.

Disney Plus Vs Netflix Vs Amazon Prime Vs HBO Go: Which Video Streaming Subscription Is Worth Paying For?
Crimewatch: 4 Scams On The Rise (As Reported By Singapore Police Force)