Should MediShield Life Be Free For All Singaporeans?

You wake up on 1st November 2015, and realise that in this alternate reality, you will be enjoying free basic health insurance through MediShield Life for the rest of your life. There will be no exclusion for pre-existing illnesses, no age-limit and no lifetime claim limits. All without paying a single cent.

In the real world, the above scenario is almost true, except for the part about it being free. While allowing MediShield Life to be free may appear to be good news for all of us, it is likely to be short-lived as well if that is indeed the case. Here is why.

The Cost Of Healthcare

Healthcare is a merit good. This means that it is beneficial for the public to be consuming them. However, merit goods tend to have a problem, and that is, the level at which they are consumed tend to fall below the optimal level which is best for the country.

To address such problems, measures are taken to encourage the consumption of healthcare, which are sometimes quite costly. The provision of insurance is one way to ensure that people seek for the treatment which they need. At the same time, the cost of providing a nation wide insurance plan and how the cost would be split can also be the key difference between an effective healthcare plan, and an ineffective one.

What happens if health insurance is given for free?

It would be the more popular option and would help win votes. Most people would have no issues with getting health insurance for free. If that is the case, why don’t our government just do it?

The government can, but in our opinion, it will not be wise to do so for two main reasons.

When the government chooses to take over the full responsibility of supplying healthcare insurance to the public, it also means that they bear the full cost of supplying it.

With that increase in cost, the government will eventually have to pass the cost to the public in the form of future taxes. That means, someone, somewhere, will have to pay more. The question is who this group of people would be?

It is human nature to behave differently the moment a person knows that he or she is covered for free healthcare insurance. By not needing to pay a single cent for coverage, an “it is insured anyway” attitude might develop. This could ultimately translate to a higher cost in the long run, which would then lead back to the first problem.

Like it or not, an example of an alternative solution is exactly what is being presented by MediShield Life. The government pays to supply the merit good to the public, but also requests that individual consumers contribute to the overall cost of insurance. At the same time, MediShield Life also has a co-payment feature, where individual consumers pay a small percentage of the overall hospitalisation cost that they incur.

To help deal with the increase in premium, the government will be providing subsidy in the first four years. Because the total cost is segmented based on the cost incurred in each age group, it should be relatively affordable to most working adults.

The problem with having to foot a portion of the bill also results in a group of people who may not be able to afford the premium, and hence, the withdrawal of coverage. This is, again, an inefficiency in the market that needs to be addressed.

An example would be the older generation, who ironically, will need the coverage the most. The fact that they need the coverage the most also means that collectively, their premiums will be higher. One way to encourage the older generation to come under healthcare insurance will be to provide high subsidies. In the case of MediShield Life, Pioneer Generation citizens will receive higher subsidies of up to 60%, and also an annual top up of Medisave, which can be used to pay for their MediShield Life premium.

We must remember that while short-term gains are popular and tend to appeal to people instantly, the bigger picture should not be forgotten. In the case of MediShield Life, we believe that including every person, and subsidising the older people would be a good move that will help everyone in our country over the long run.

From 1 March to 30 April 2022, get a De’Longhi Stilosa Pump Espresso (worth $269) & 50% first-year basic commission rebate when you purchase retirement income insurance through MoneyOwl - an NTUC Social Enterprise. Find out more here. 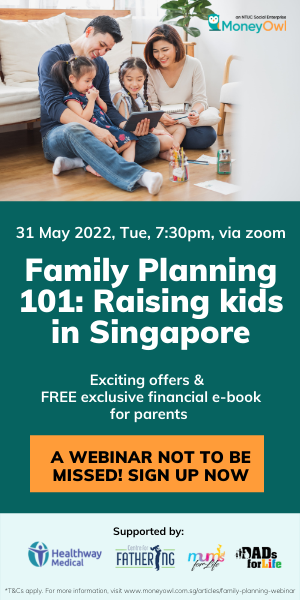