Time to educate yourself and make better decisions. 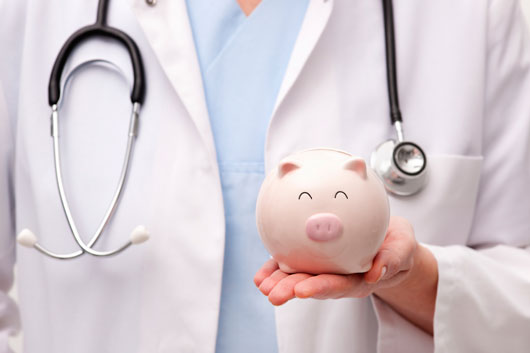 Whenever we discuss insurance, we need to tread carefully. The reason is simple. There are many financial planners whose livelihoods depend on being able to close sales. But if we don’t agree with what they are trying to sell, does that make us an enemy?

Another reason financial planners may disagree with us is because there really isn’t one “right” answer that will apply to everyone. Since young, we have been taught in school that we must know the correct answers and we must show our workings when coming to that conclusion. For insurance plans, however, there isn’t necessarily one right answer. What could be a right policy for your friend could be a terrible policy for you. When your insurance agent, or some random agent on the street, says everyone has different needs, hence the many insurance plans available, he isn’t wrong.

The question of whether you should buy an early critical illness plan falls under the category where there are no right or wrong answers. Of course, if you have already made up your mind that you need one and you’re looking for the best one, you will find that there is no shortage of financial planners agreeing with you. Hitting sales targets and pushing insurance products are part of their job scopes. What we’re trying to say is, would an agent ever say you should not buy a particular type of insurance even when you’re looking for it because it isn’t suitable for you?

In this article, we aim to give you our independent take of whether people should buy an early stage critical illness plan and what are the factors to consider.

We can’t decide for you, but you can educate yourself about it so that you can make a better informed decision.

What Is An Early Stage Critical Illness Plan?

A Critical illness (CI) plan is a type of insurance product that pays out a lump sum payment when a policyholder is diagnosed with an illness covered by the policy. The payment does not depend on the policyholder incurring any medical costs or hospitalisation admission for the treatment. The money is simply given, with the policyholder having full discretion on what they want to do with it.

The insurance industry has a pretty standard list of critical illnesses that they cover. Most policies are quite similar, providing coverage for 30 common critical illnesses such as major cancers, heart attack, stroke and kidney failure.

How Much Does It Cost?

Unfortunately, an early stage CI plan does not come cheap. For example, for the AXA Early Stage CritiCare, a 30-year old male who is a non-smoker and who wants to be insured for $100,000 till the age of 65 can expect to pay about $100 per month.

Also, it is important to note that any claims made will be deducted against the sum assured. What this means is that you can’t just claim an infinite amount of times against your policy if you are unfortunate enough to be diagnosed with multiple illnesses.

A CI plan is far too expensive to be efficient form of life insurance so you will need a separate term insurance plan to protect your dependents.

Read Also: How To Understand A Term Insurance Illustration

The main purpose of an early stage CI is to help with two things.

Firstly, it is possible, especially at an early stage, for full recovery to be made. The payout from the CI helps cover the additional medical costs that a person may incur. Secondly, it helps the person deal with living expenses in the event that the person needs to take a break from working.

Should I Get It?

There are two sides to this question. Let’s discuss them briefly.

The common illnesses covered by an early stage CI are fairly comprehensive and a good reflection of the likely illnesses a person may get. The truth is, most of us would know of at least a few people, perhaps even our own family members, who have at one point in their life had some of these illnesses.

On the other hand, it is not cheap. All of us live in the real world where we need to live within our budget. The same goes for the amount you spend on your insurance.

As a rule of thumb, we think spending approximately 2-3% of your income on insurance protection is realistic. So with that budget in mind, you need to ask yourself which type of insurance products you should be buying. And whether, you can afford the premiums over the long run.

If an early stage CI plan fits within your budget, you can consider getting it. Otherwise, you should explore less costly alternatives such as adding on a basic CI as a rider to a main insurance policy, which could be cheaper alternative than getting it as a stand-alone.

Seek the advise of an agent you trust. But remember, at the end of the day, it should be an informed decision that you make for yourself.

5 Good Reasons to Call Your Insurance Agent Today
Should MediShield Life Be Free For All Singaporeans?