Putting A “Dollars And Cents” To National Service 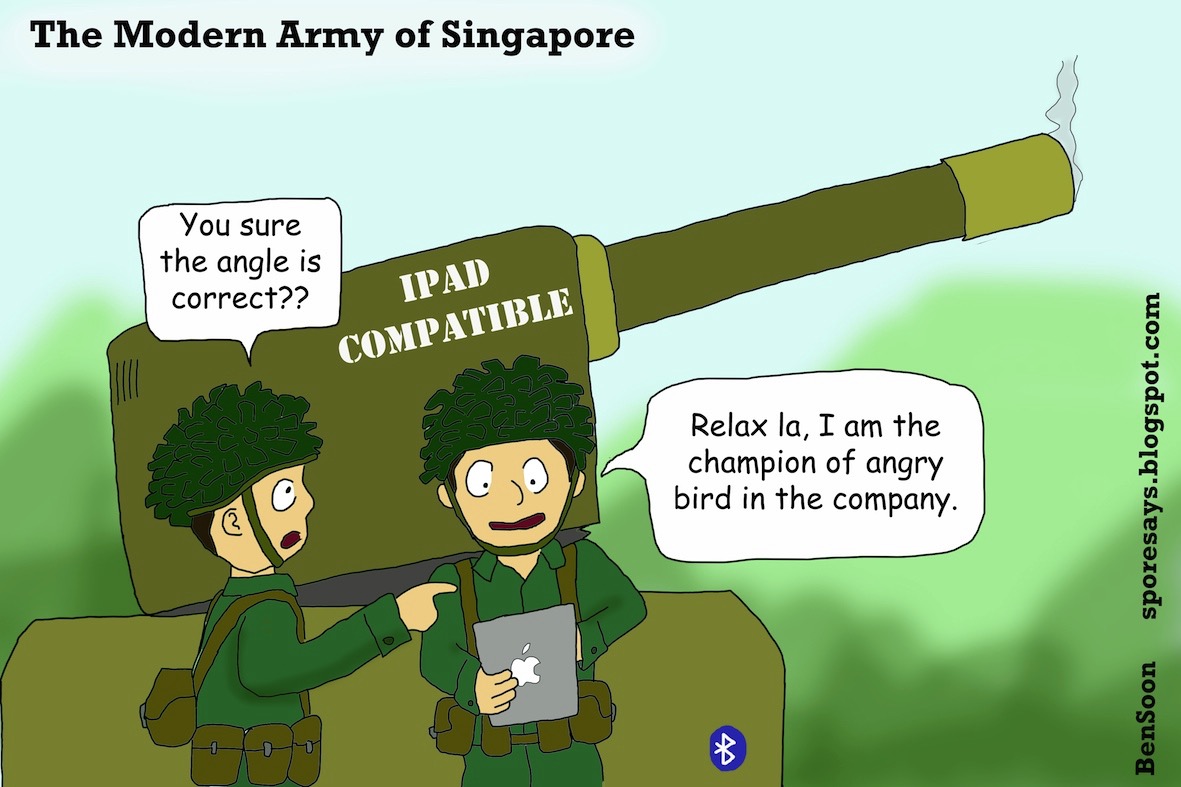 DollarsAndSense.sg attempts to put a Dollars And Cents value to National Service

Under the Enlistment Act, conscription is mandatory for all male Singaporean citizens the moment they are certified fit to serve.

A recent comment made by a Member of Parliament that a national serviceman’s service cannot be measured in Dollars and Cents got us thinking. While we agree that national service cannot be just measured in Dollars And Cents, we don’t think that should be an excuse that the Singaporean males and their families should thus be expected to subsidise the army.

Currently, Singaporean males are not only sacrificing their time and commitment, they’re expected to sacrifice their income, and their expected to sacrifice the economic situation of their families. With this in mind, we try to attempt to put a monetary value to National Service. It is not everything, but at the very least, we deserve to know what is the basic Dollars And Cents of our service.

If time is money, what is 2 years of National Service worth?

We start off by analysing one of the best-case scenarios of the maximum allowance one will receive during his National Service,

The maximum allowance one can possibly receive will be if he:

In this scenario, a full time National service man receives S$20,720 in total, which is an average of about S$863 every month.

The above mentioned is the one best possible scenario for a fulltime serviceman, and is the scenario for only a minority of the servicemen. In most cases, servicemen will receive only about 50% of the given scenario.

In general, most male citizens are allowed to complete their full-time tertiary studies to pre-university qualification before enlisting. This means that majority would have obtained a GCE ‘A’ Levels certification, a Polytechnic Diploma or have completed their ITE certification when they enlist.

Assuming an average Diploma holder entering the workforce earns about S$2,053 per month, that means that he forgoes S$28,560 or more while serving the nation. In addition, a fulltime job usually requires commitment in the office from between 8.30am to 6pm, 5 days a week. For national servicemen, it is 5 days a week, stay in.

Before even entering National Service, most men have to wait a minimum average of 6 months to enlist and will have to wait for a few more months before joining university as well. Only taking the wait time to enlist into consideration and the fact that he will likely remain jobless throughout this time, that is another $12,318 he foregoes. He can grab a part time job, but the pay will definitely be much lesser compared to full-time employment.

In the long run, we are also looking at disruption of work for reservists and also entering the workforce later, which will ultimately mean less time to prepare for retirement. He also has to ensure he keeps fit and attends IPPT annually and pass. Failing to pass will mean he has to attend up to 20 Remedial Training (RT) sessions a year, which definitely affects his work-life balance, if not his job and career as well. Those who been through these will know how inconvenient it can be. We agree that it will be hard to quantify the Dollars And Cents of all these. Perhaps that’s what the Member of Parliament was suggesting. There are other factors in play as well. The fact that Singaporean males are starting their career later, also means less time to accumulate savings from an early age and the loss of the opportunitiy to invest the amount over a longer time period.

We just wonder whether this sum could be taken to be the fair remuneration not including all the additional time, energy, commitment, blood and sweat being the sacrifice he makes for his country?

We believe National Service is important for our defence, and hence these sacrifices are necessary. As the whole nation is benefitting from the sacrifices of our Singaporean Sons, we should not be stingy and short-change them of their rightful worth while expecting them to make all the other sacrifices made while serving their nation. Don’t forget, we are the world most expensive city to live in afterall.

We like to thank all our fellow NS men and their families (and girlfriends) for supporting the guys while they are or were serving their fulltime National Service.

The Fight For Net Neutrality And Why Singapore Doesn’t Need It…Yet.
Marketing & PR Lessons From the Xiaxue, SingTel & Gushcloud Saga