Private-hire drivers are likely going to be impacted the most from the increment in petrol duty. 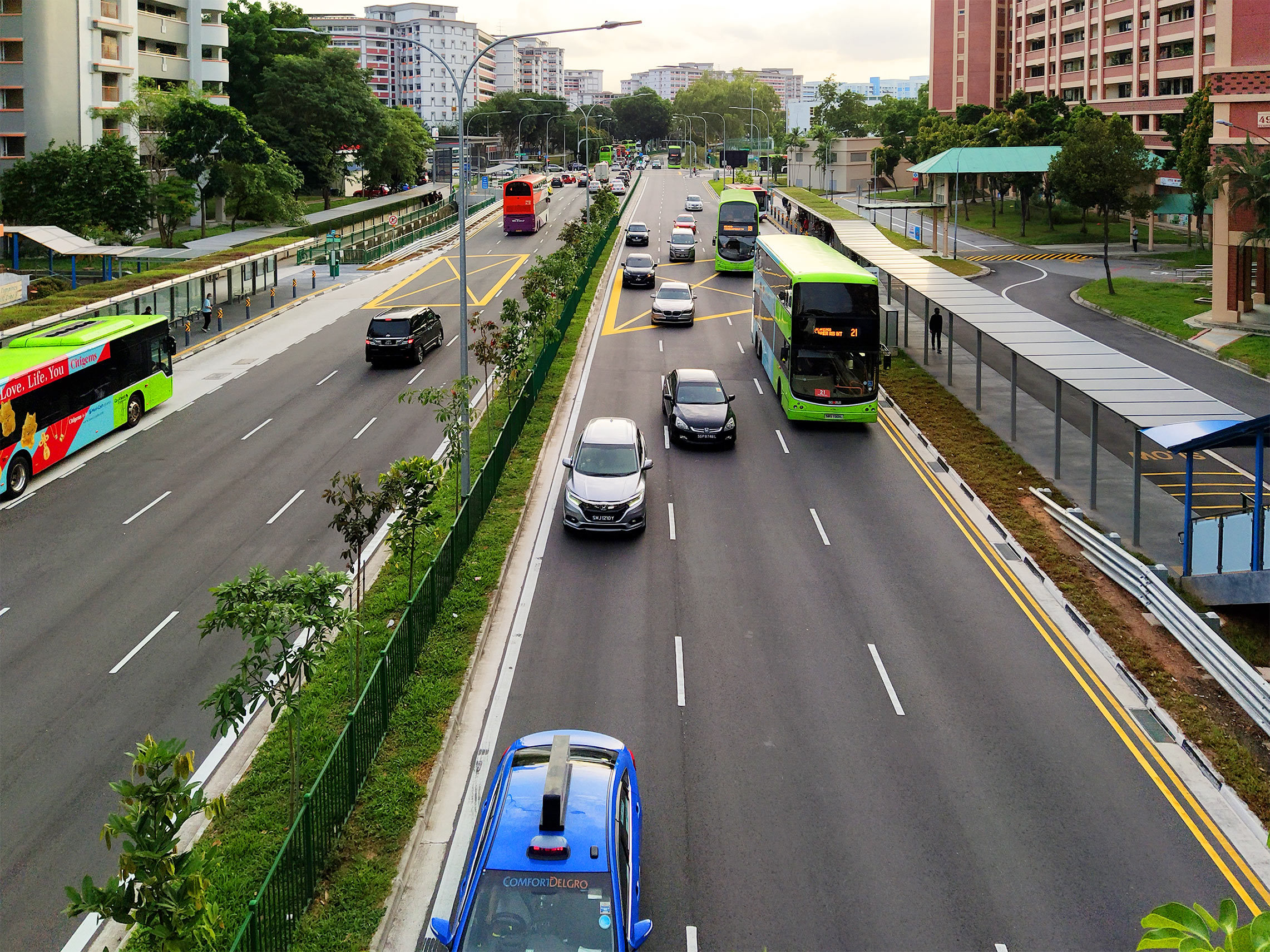 During the Singapore Budget 2021 speech, Deputy Prime Minister and Finance Minister Heng Swee Keat announced that petrol duty rates will increase with immediate effect, at $0.15 per litre for premium petrol and $0.10 per litre for intermediate petrol.

Petroleum and biodiesel blends (i.e. petrol) are one of four categories of dutiable goods in Singapore, with the others being intoxicating liquors, tobacco products and motor vehicles. It’s also one of the reasons why these products are considered more expensive in Singapore than in many other countries.

This means that with all things being equal, Singapore drivers will be paying a higher price for their petrol, which would translate to a higher monthly cost for driving their cars.

Read Also: Cost Of Owning A Car In Singapore Over 10 Years

But what is the additional amount you can expect to pay each month?

The two obvious factors that determine how much more you will pay for fuel each month are 1) the distance you drive each month and 2) your car’s fuel consumption (FC).

For example, if you use your car daily to send your kids to school before driving to the office, you could easily drive about 800 km a month (about 26km each day). Assuming an FC of 12 km/litre, this means you would use about 66 litres each month. If you use premium grade petrol, the additional petrol cost you will incur each month would be about $10, or about $120 each year.

For those who drive a lot more each day (e.g. private hire drivers), the cost can be significant. For example, a private-hire driver who drives about 400km each day with a car that has an FC of 12km/litre will need about 33 litres of petrol each day. With the petrol duty increase, they will spend about $5 more each day on premium grade petrol, or about $150 each month.

This means unless the cost of private-hire ride goes up for consumers, it’s the driver that will have to bear the additional cost.

To ease the transition for drivers, the government will provide road tax rebates for a period of 1 year.

According to the minister, most of the expected revenue increase from the petrol duty changes in the coming year will be given out through the offsets, which is estimated to cost $113 million. 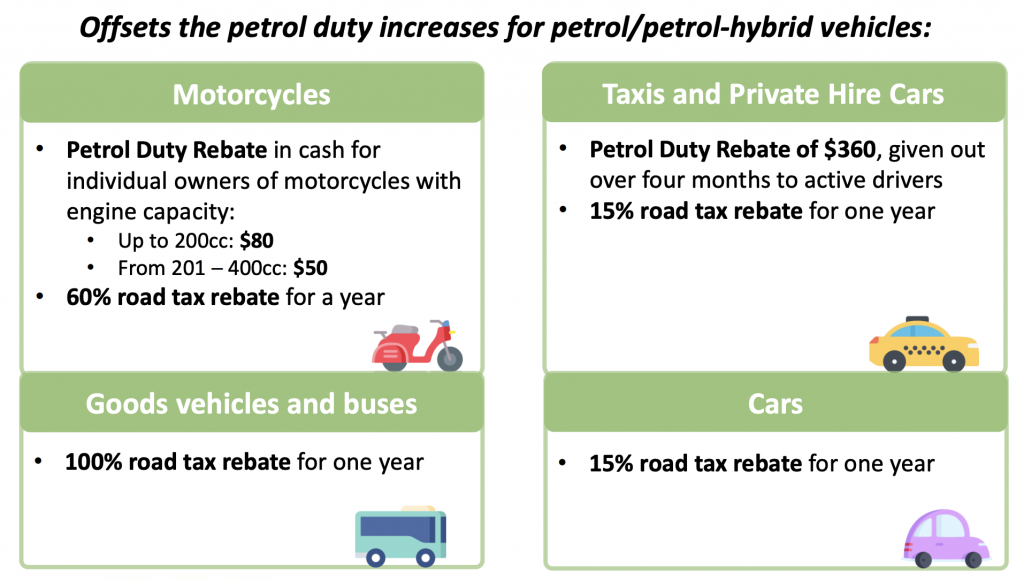 While there is a $360 Petrol Duty Rebate that will be given to active drivers of taxis and private Hire Cars, this will certainly not be sufficient to cover the additional costs that these drivers will bear in the long-term. According to the minister, these measures will cover about one year of petrol duty increases for taxis and motorcycles, and about two-thirds for commercial vehicles and cars.

Driving School VS Private Instructor: How Much Does It Cost To Get A Driving License in Singapore?
6 Ways For Singapore Parents To Maximise The Child Development Account (CDA)