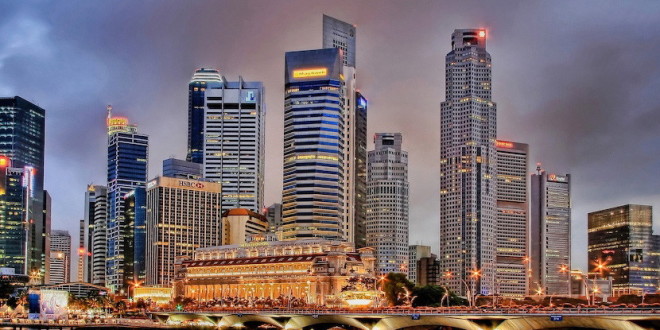 We look at 10 more events that have impacted Singapore’s financial space in part 2 of our round-up of some of the biggest and most impactful events. We’re on the cusp on December, this is not to say we do not expect things to be smooth here on out. In fact, number 11 and 12 on the list happened on 26 and 29 November respectively – even after our first part had been published.

If you’ve been keeping up with this story, do let us know in our comments section if you think we’ve missed anything out! And also, check out part 1 of the list below.

11. Masterminds of penny stock crash in 2013 brought to justice

In less than nine months between 2012 and 2013, three stocks, Blumont Group, Liongold Corp and Asiasons Capital – now called Attilan Group – surged between 150% and 800%. This all came to dramatic close when they lost almost all the market value within a three-day period.

While not yet brought to justice, on 26 November 2016, the Straits Times published an article stating 365 charges had been brought upon three alleged masterminds in the event that we now commonly term “the penny stock saga”. White collar crimes are no less harmful to human lives than other types, many investors lost their life and/or retirement savings.

12. One of the biggest online gambling syndicate caught

11 people was arrested in connection to online gambling activities on 29 November. With over S$6.5 million in cash and $39 million in properties seized, this must be one of the largest stings locally.

This news comes very close on the back of Singapore’s own approval of online gambling by Singapore Pools and Singapore Turf Club. By taking down the illegal syndicate, which had raked up over S$2 million in bets in the last month alone, this should definitely provide a ready pool of online gamblers for the recently legalized operators.

P2P lending, or peer-to-peer lending, is touted as a way to further diversify investors’ portfolio and offer new alternatives for investments. Working in a similar way to crowdfunding, P2P platforms allow investors to put in even small sums of money to lend to corporates at attractive interest rates.

As with all “too-good-to-be-true” stories, Singapore saw it first P2P bond default in May. Given that many “stronger” or “supposedly stronger” bonds issued by “bigger” companies have also defaulted, this should not deter investors from dipping their hands into such lending schemes as the returns are attractive, and the default rates look relatively low.

Read Also: Is Your P2P Platform’s Interests Aligned With Yours?

Quite possibly in a move to catch up with other leading exchanges, a Listing Advisory Committee (LAC) at SGX voted in favour of a dual-class share structure. If only they had done this early, we could have had Manchester United listed on our exchange!

In all seriousness, this could have a great impact on shareholders seeking to invest in such companies. There are both positives and negatives, but the problem is getting ordinary investors to understand that buying some companies does not make them an equal shareholder as in the case of other companies.

We were also positively surprised to find out that with 16 IPOs raising $2.3 billion so far this year, SGX is the best performing exchange among 6 ASEAN countries in terms share of IPO money. While this is good news, SGX should definitely use this as a springboard to up its game to compete with larger exchanges in the Asia Pacific region, which should be looked at as our main competitors. Perhaps the approval of a dual-class share structure may aid this cause.

We witnessed the sudden closure of California Fitness in May 2016, this year. Many members were left high and dry with years left to go on their memberships, with some even possessing lifetime memberships. There was even talk of the company pushing memberships just days before the closure.

This event definitely taught consumers in Singapore to be more aware of long-term memberships and how to deal with some of the hard-selling tactics employed by such operators.

Read Also: California Fitness Closes Down: 5 Important Lessons That Singaporeans Can Learn From This Episode

16. HDB and URA approve increase in prices for public carpark

Perhaps quite apt to include in our list at this moment as a reminder to car owners that HDB and URA had, in June this year, announced an approximately 20% hike in public car park charges. Even though this is the first such hike in 14 years, we think car owners can continue expecting to pay more as Singapore tries to go car-lite in the longer term.

This comes into effect from 1 December 2016.

Read Also: Should We Be Concerned About The Recent Increases In Car Park Charges

The Straits Times ran a story stating Amazon is poised to land in Singapore soon. The retail scene here is set to shake up with this news. Most likely using Singapore as a base to penetrate the ASEAN region, consumers will soon be able to purchase American products from an Amazon nearby without having to worry about shipping problems.

This news is also a welcome as it shows Singapore still holds favour with global companies who are keen to set up base in ASEAN or Asia. In recent times, many of us in Singapore would only have been reading about our slipping competitive advantage so this is indeed a bright spark.

Read Also: How You Can Invest In The Technological Disruptions Occurring Worldwide

Earlier in the year, in January, oil prices hit a low of US$27 dollars, levels not seen since 2003. This came on the back of a supply glut and weak demand. Fast forward to today, there has not been a great change in the supply glut or lack of demand and the OPEC (Organization of the Petrol Exporting Countries) has still been unable to come to any consensus to limit production, however, oil has risen to close to US$45.

Perhaps people are reading more into an upswing in the economy?

Read Also: Is It The Right Time To Buy Oil And Gas Stocks?

Perhaps most famous of the bond default cases, the Swiber bond defaults has ushered a quiet period for bond issues with many investors now more discerning of their investments. Again, during this episode, many disgruntled investors blamed misselling by “greedy bankers” for their losses.

Swiber’s bond default was not the first that defaulted. It was, however, the most publicized, and most likely impacted the most number of Singaporeans. Since then, several other firms in the oil and gas industries have reported stresses to fulfil their debt obligations.

Swiber will also not be the last default. And, at the end of the day, investors have to be extremely aware of what they are investing in, and have to stop blindly trusting “greedy bankers” who were their “best friends” when the bonds were doing well.

Read Also: Swiber Holdings: What Investors Should Have Looked Out For (And The Lesson Learnt)

In October, the Public Transport Council (PTC) announced that there would be a 4.2% decrease in public transport prices from 30 December 2016. This news finally gave commuters in Singapore some relieve after oil prices have tumbled close over 50% from its peaks for close to two years already.

With oil prices set to stay low in the medium term, there should be more savings to be had public transport. Don’t cheer to hard yet, Singapore is a major oil refinery and relies on global trade to prosper – the depressed global economic sentiments will hit your pockets harder than the extra loose change in savings.

There you have it, our top 20 picks for this year. Let us know if you disagree with our list of feel there are larger events we have missed out, let us know on our comments section.