How Much Does It Cost To Host Your Own Durian Omakase Party (Mao Shan Wang, Jin Feng, Hong Xia, Hei Zhen Zhu, XO, D24 and D13)

Gather your durian connoisseur friends for a 24k feast. 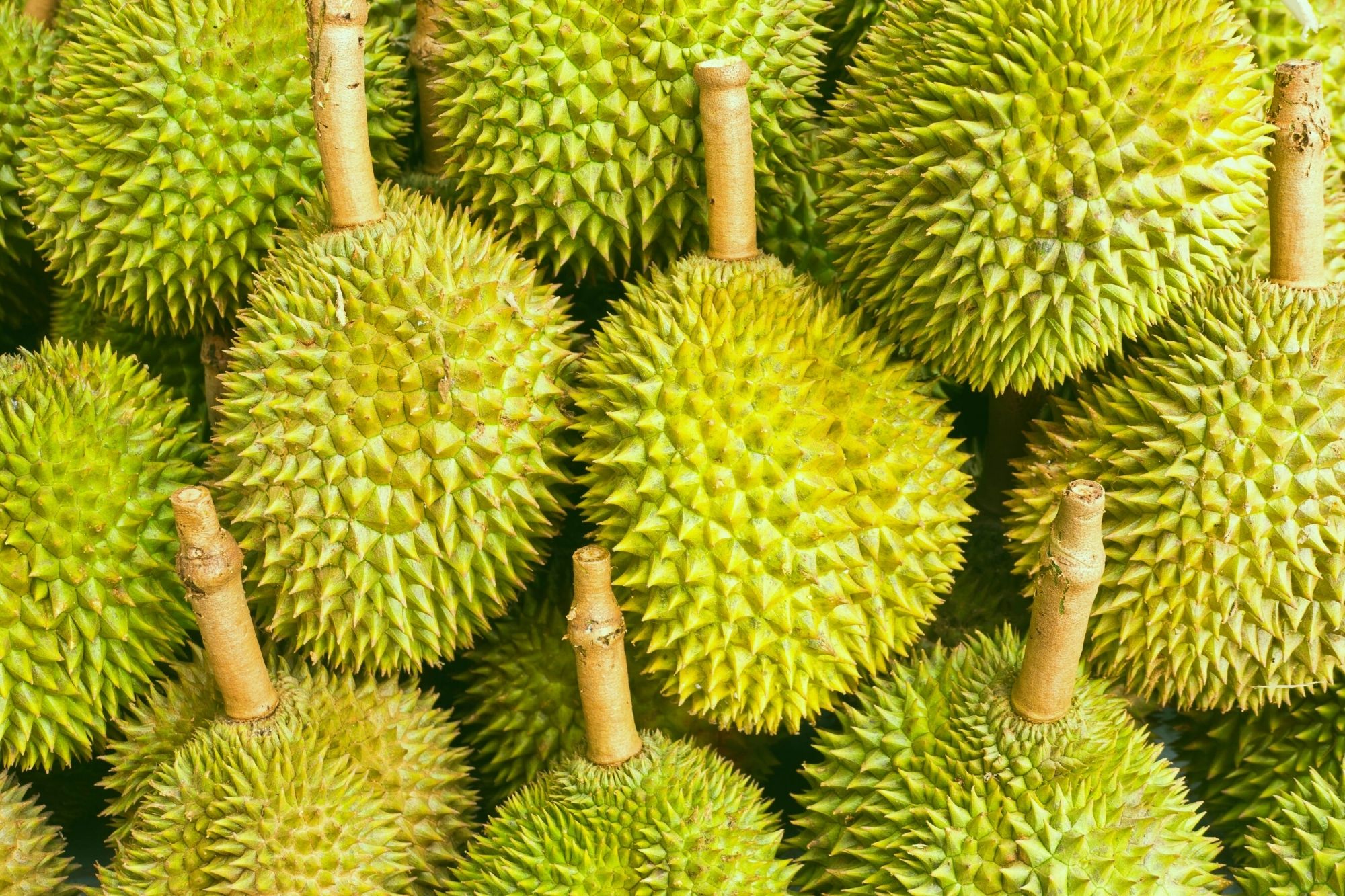 Every year, the durian season falls from June to August, with July as the peak month. For those of us who are unable to keep track, we can always rely on the chatters among our friends and relatives planning their next durian haul to know the season.

Based on the Malaysian Agriculture Research and Development Institute (MARDI), hundreds of durian varieties are available. With such a wide selection of durian varieties, each with its unique flavour profile, having a durian omakase or sampling party would be one of the best ways to appreciate all varieties in one seating.

The concept of durian omakase was popularised by 99oldtrees back in 2019. On the menu, they offer up to 6 different varieties of durian which includes Mao Shan Wang, D17, D18, Cat Eye (Mao Yan), D13 and Golden Phoenix (Jin Feng). The cost for this durian omakase is $60 per head.

Unfortunately, due to safe distancing measures with dining in capacity restricted we would be hard-pressed to find a dining-in option, much less an omakase offering. Regardless, we can still recreate a similar durian omakase experience at home with seven of Singapore’s top durian varieties.

Since most durian places require us to purchase by the durian for a “dehusked” packet, it would be advisable to have about 6 to 7 people for this omakase if we don’t want to overindulge and get too “heaty”. As we are currently still under Phase Three (Heightened Alert), this durian omakase would fit nicely in line with the current five unique daily visitors per household limit.

Read Also: Durian Prices Have Fallen: Why Are Dessert Shops Not Reducing The Prices Of Their Durian Desserts?

The expected damage for Mao Shan Wang with husk can range from $21 to $32 per kg. This makes Mao Shan Wang not only the most popular but one of the most expensive varieties out there.

Average Cost Of A Box Of Unhusked Mao Shan Wang: ~$55 per box

If Mao Shan Wang is the king, then Jin Feng (Golden Phoenix) is the queen. Best from the state of Johor, Jin Feng is known for its slightly floral aroma. In a slightly pale-yellow hue, the flesh is not as sweet and it is more towards the dry side making it more palatable for beginners,

The expected damage for Jin Feng with husk can range from $20 to $26 per kg.

Average Cost Of A Box Of Unhusked Jin Feng: ~$40 per box

Known for its deep orange colour, Hong Xia (Red Prawn) is probably one of the sweetest varieties. From the state of Pahang or Johor, its sticky and moist flesh makes for a unique mouthfeel. Fans of Hong Xia would vouch for its taste.

Hong Xia is one of the more affordable varieties. Expected damage is about $10 to $15 per kg with husk.

Average Cost Of A Box Of Unhusked Hong Xia: ~$30 per box

Recognised for their tiny seeds that resemble a tiny black pearl, Hei Zhen Zhu (Black Pearl) is known for their ample flesh and complex flavour. From the state of Johor, it is a known gem among durian connoisseurs.  Hei Zhen Zhu is a bittersweet delight with a slightly off grey hue with a smooth fleshy texture that is not too moist.

A rarer variety among the durian vendors, giving a call a few days early to book would help to avoid disappointment. Expected damage for Hei Zhen Zhu would range from $12 to $17 per kg with husk.

Average Cost Of A Box Of Unhusked Hei Zhen Zhu: ~$30 per box

Another unique flavoured variety, XO is renowned for its brandy-like alcoholic fragrant that lingers in the aftertaste. Either from the state of Johor or Pahang, XO was one of the old-time favourites for Singaporeans. Don’t be deceived by the slightly pale appearance, it is actually rich and juicy. Ardent fans will find it irresistible.

Average Cost Of A Box Of Unhusked XO: ~$30 per box

D24 was the durian everyone was talking about before it was dethroned by other varieties. Regardless, D24 is still a nostalgic favourite among Singaporeans. Best from the state of Pahang, D24 has one of the creamiest mouthfeels due to the higher fat content. The seeds from this variety tend to be a bit larger so it won’t hurt to have a few more pieces.

(Currently, D24 is not in season yet so the number of vendors supplying fresh D24 is limited.)

Lastly, another variety of durian known for its bright orange flesh, D13 is a variety that often gets mixed with Hong Xia. However, unlike its other orange meat counterpart, D13 is slightly less sweet with hints of vanilla notes. From the state of Johor or Selangor, it is a good beginner’s durian to try converting your non-durian lover friends.

A popular and affordable variety, we can expect the damage to be around $10 to $15 per kg with husk.

With over 4kg of durian, sharing it among a party of 6 or more does make hosting our own durian omakase more affordable for the amount spent on durians. As a note, the article does not include the delivery cost of the durian as it varies from each location. For those of us that would like to reduce the hassle of travelling, we can just visit Melvin’s Durian or Hao Chi Durians for their extensive durian collection.

Before heading down to the durian vendor, it is always recommended to give a call. With varied supply, the prices of durians are fluctuating daily and making reservations beforehand can help to avoid disappointments.