Is The Singapore Property Market Really A Buyer’s Market Now?

We are often confused about when we should or should not purchase a property. There are many contradicting information available regardless of the market condition. Here is why we won’t be buying a property anytime soon. 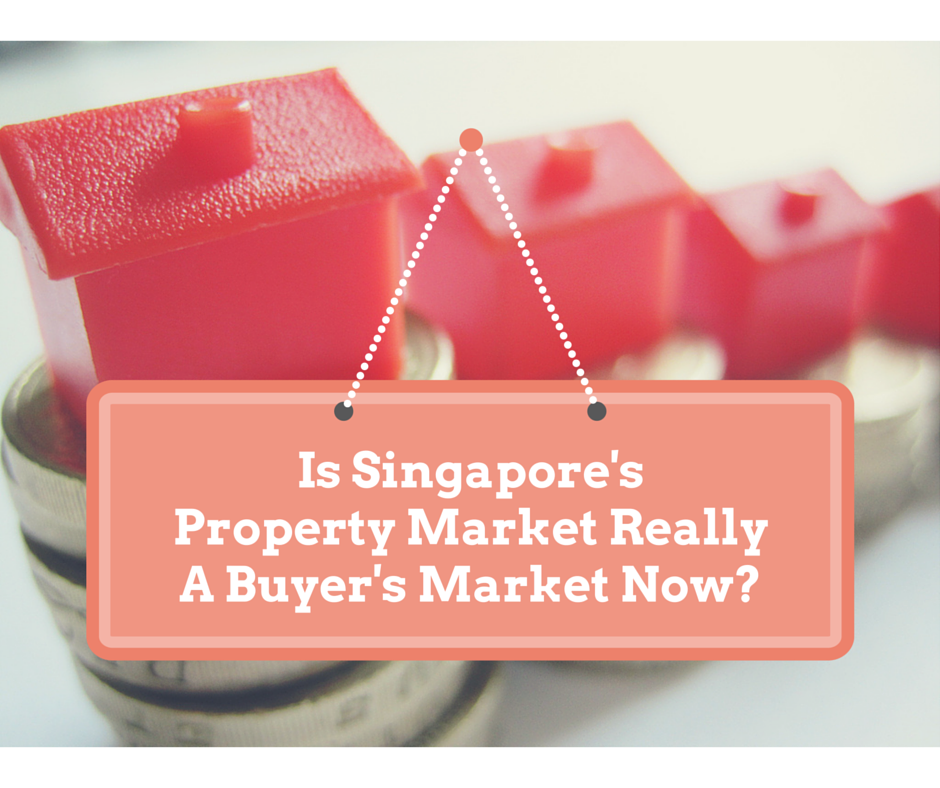 Over the past year, we have heard “news” about how the market is slowing down, and how interested buyers should buy a place now to enjoy a steal while they still can.

Exactly how true is this? Should interested buyers be considering getting back into the market soon? Or would they be better off employing a wait-and-see attitude for now.

Who Exactly Are Saying, “Prices Are Low?”

Observe the property related news you are reading. You would notice that the people who are saying that now is a good time to buy properties are almost always the same people who have vested interest to say that. These would include property agents, real estate companies, and of course, property developers themselves.

And let’s face it, why would they say otherwise? Their livelihood is at stake. Most of these people are engaged professionally to help sell properties to their customers. For example, we read articles such as how the Singapore market is close to bottoming out compared to Hong Kong.

From the point of view of people in the industry, there is (almost) never ever a bad time to be buying properties.

When properties prices are increasing, they pitch, “Prices will continue to climb! BUY NOW! DON’T WAIT!”

When properties prices are dropping, they pitch, “It is now cheaper than ever, it will go up soon! BUY NOW! DON’T WAIT!”

Do we just accept this simple explanation as our guide to buying properties?

According to SRX, property prices for private non-landed units peaked in June 2013 at the index level of 178.7. Since then, prices have steadily decreased due to a combination of different reasons such as interest rate climbing, government’s cooling measure, and the slowing down of the global economy.

Based on all the headline news that one reads, an uninformed individual may be forgiven for thinking that prices today would be much lower than it was 3 years ago. From between Jan 2009 to June 2013, the price index increased by 78.7%. Yet from the peak of June 2013 to March 2016, we saw (only) a drop of about 7% from peak prices.

A quick glance at the table above would tell you two simple observations:

#2: Prices have softened, but we have not seen a major drop, yet.

We decided to take a step back to the history books. Let’s look at historical prices of properties since the 90s.

Those who are young enough in 1997 would remember the Asian Financial Crisis. Most countries in Asia were badly affected, and Singapore was not spared. From between January 1997 to November 1998, property prices dropped by about 35.2%

After the Asian Financial Crisis, prices rebounded for a short period of time before going through a challenging 5-year period. The 9/11 attacks and subsequent wars in the Middle East introduced global economic uncertainty. Singapore was also struck with the SAR outbreak in 2003.

During the period, price dropped by about 22.3%

The global financial crisis caused by the US sub-prime mortgage loans is the most recent crisis we encountered over the past decade.

Property prices in Singapore dropped about 17.3% within the span of one year. Fortunately, Singapore recovered quickly.

Now that we have recapped the past three major price decline in the last 20 years, you can see why a drop of about 7% is really nothing for us to shout on, or get excited about, unless of course you are a property agent trying to create buzz.

In contrast, the Hong Kong market has seen a drop of almost 10% from September 2015 to February 2016. Within a span of 6 months, prices have fallen by more than what it took Singapore to achieve in 3 years.

From a buyer’s perspective, they are a lot of reasons why playing a wait-and-see game makes complete sense.

We have previously written about how prices have not really fallen by much. A glance at the price index table indicates that prices are unlikely to be climbing anytime soon.

Most developers are also playing a wait-and-see strategy. We wrote previously about how some developers are finding creative ways of avoiding paying hefty taxes, as they continue to hold on to unsold units beyond the given 2-year period after TOP.

Singaporeans who are buying their 2nd property have to pay an additional 7% tax under the ABSD. When you think about it, this neglects any price differential one may enjoy between buying today, compared to 3 years ago when property prices are at their peak.

You may enjoy a slightly lower price. But ultimately, you still give it all back to the government due to the ABSD.

The SIBOR rates for home mortgage have been rising for the past 2 years. This has in turn means that housing loans would now be more expensive to service.

With all these above factors, why would any buyer want to rush into the market now?

The Government Is Standing Aside For Now

The government announced during the budget earlier this year that they would not be removing any cooling measures for the time being. We think that was a prudent decision.

The removal of the measure is likely to spur another round of unhealthy price appreciation. It may not be good news for property investors, developers or agents, but it is healthier for Singapore in the long run.

Read Also: Why The Non-Removal Of Property Cooling Measures Was The Right Decision