Is The Singapore Dollar Really Performing So Well Against The Currency Of Other Countries?

In light of the many recent news that currencies such as the Ringgit have been depreciating against the Singapore Dollar (SGD), we now take a look at how strong our own currency really has been, and what that means for us. 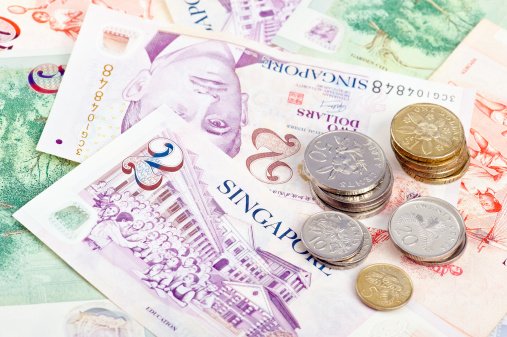 In light of the many recent news that currencies such as the Ringgit have been depreciating against the Singapore Dollar (SGD), including articles from DollarsAndSense.sg as well, we now take a look at how strong our own currency really has been, and what that means for us.

Since we are all in the General Election mood, let us use a table that shows the exchange board for the SGD in August 2011 (the year the last Election was held) and August 2015.

If you only read the papers, you would have thought the SGD has been doing quite well given that the MYR has fallen to multi-decade lows to around 3 Ringgit for every Singapore Dollar. Your friends in Australia will probably be telling you as well just how cheap it is to be studying there now, leading you to believe that the SGD is doing well as a currency.

While those are truths, there are also half-truths. Another side to it is that the SGD has fallen against the USD and the RMB, the respective currencies of the United States and China, which also happens to be the two largest economies in the world. And while in Singapore, we see it from our (narrow) perspective as other countries’ currency against our own; the world views it differently, preferring to see how our currency has performed by comparing it against the USD.

How it affects us

Our currency has performed better than the MYR and the IDR in ASEAN. These currencies may have dropped due to shocks in their systems and other political worries. In relation, if our currency had stayed too strong, we would have lost much of our competitiveness against these neighbouring countries as our goods and services would be more expensive compared to Malaysia and Indonesia.

As a result of finding a middle ground, it is now cheaper for us to travel to Malaysia, but it is also cheaper for Americans to come to Singapore.

The SGD has also weakened against the RMB and the HKD substantially. We can assume this is mainly due to Singapore trying to continuously be competitive against Hong Kong, a rival export-driven hub.

As the SGD weakens against the USD, interest rates have to rise. This is purely from an economics standpoint – As demand for the SGD falls, the interest rate to be holding SGD has to go up. This could also be a major strain for foreign owners of Singapore properties. They will face a lower valuation (from the perspective of their currency) coupled with increasing interest rates.

The AUD has also depreciated against the SGD; this has nothing to do with the SGD. The Australian economy has been affected by a weakening demand of its resources due to the slowdown of the Chinese economy.

Because of this, young Singaporeans can now go to Australia to enjoy cheaper university education. As a caveat, we should say that we would prefer for the Singapore govenernment to provide for their educational needs in Singapore, instead of letting our people spend their money overseas to be educated.

We should remain prudent of our finances and not get caught in a situation of being unable to manage higher interest rates on mortgage loans. At the same time, we need to continue to remain competitive in relation to our neighbours and other export driven hubs. In order to do this, depreciating our currency is one way. However, we could and should be looking towards becoming more technology-intensive and hence, increasing our productive to improve our economy.

Entrepreneurship: 4 Mistakes That Kill Startups
Why You Can’t Just Simply Raise The Price Of Fishball Mee And Expect Young Hawkers To Do Better