GST Increase: Here’s How Much The Government Will Collect – And How Much More Will You Be Paying

The last time the GST rate was revised was 2007. 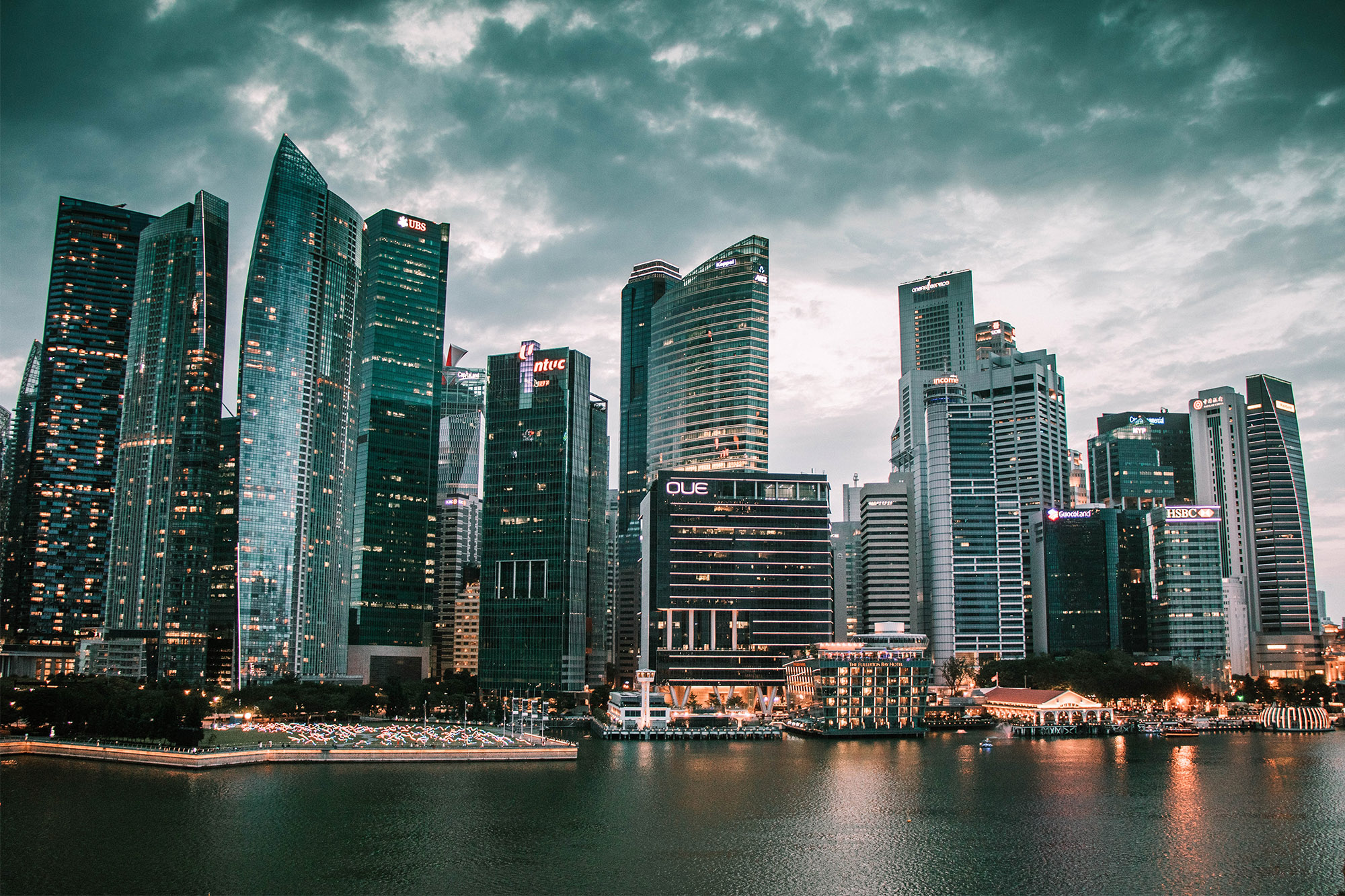 It was in Budget 2018 when the much-expected Goods and Services Tax (GST) rate increase was officially announced. The government would raise the GST from the current 7% to 9% somewhere between 2021 to 2025.

The government has stated that the exact time to introduce the GST hike would depend on the state of the economy, how much expenditure grows, and some other factors.

Read Also: Singapore Budget 2018: Here Are 6 Important Changes That May Impact Our Lives

A Brief History Of GST Rates

The GST was first implemented in Singapore in 1994 and is meant to be a tax on domestic consumption, including imports. Here are the GST rates over the years:

Thus, even if the GST hike was introduced at the earliest possible time (in 2021), it would mean that GST rates were kept steady for 14 years.

How Much Revenue Is Collected From GST?

Here’s an overview of the proportion of overall government revenue that GST provides (in comparison with other forms of taxes) in FY2018: 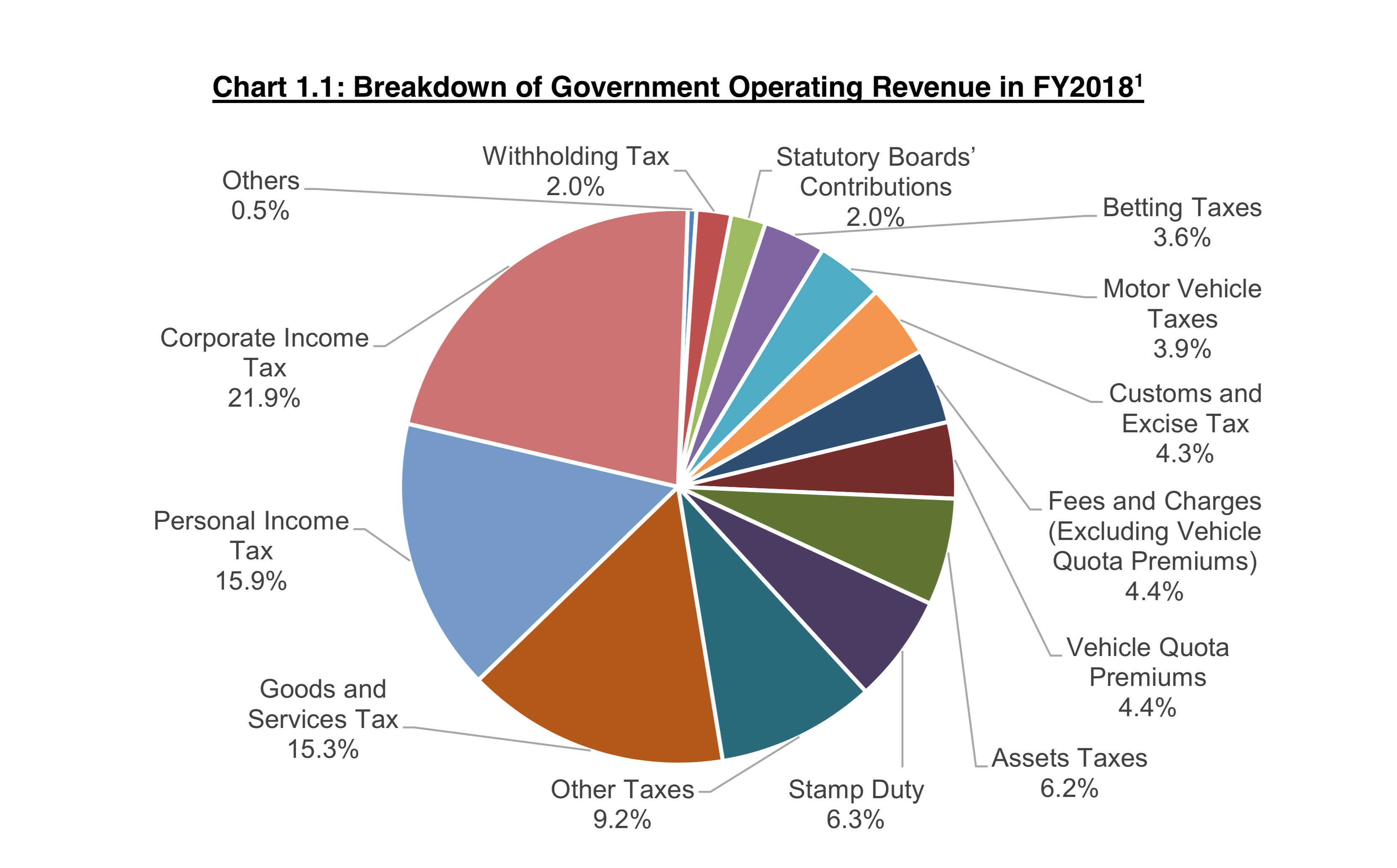 At 15.3%, GST is an important source of revenue that contributes nearly as much as personal income tax (15.9%) to Singapore’s coffers.

Read Also: Guide To Understanding Taxes In Singapore, And Who Pays For Them

Here’s how much GST is collected in dollar terms over the years: 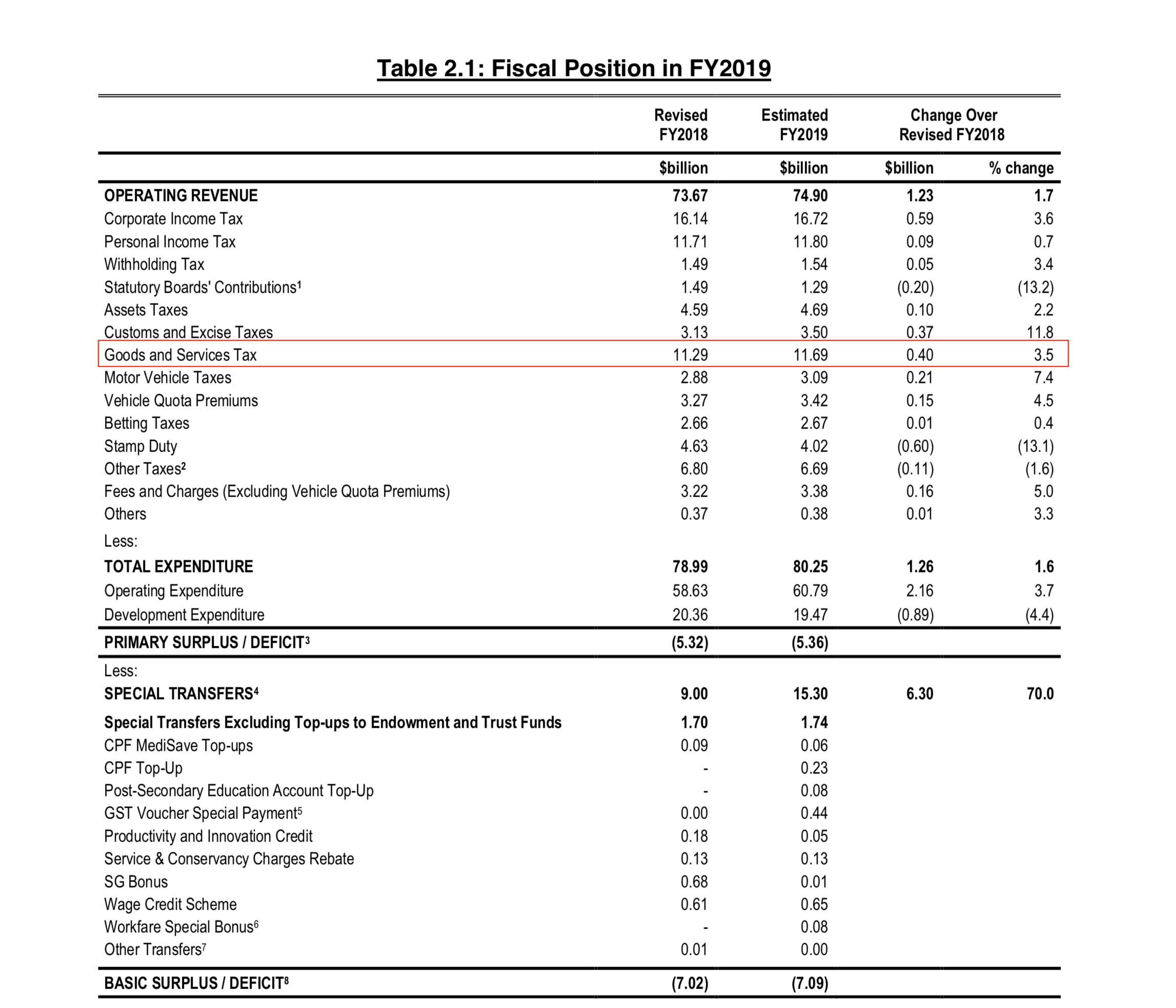 For reference, here are the GST revenues over the past 10 years, based on data from SingStat:

How Much More Revenue Will Raising GST To 9% Bring?

Obviously, we can only make a guess, since GST earnings are dependent on how much goods and services are consumed over a given year, though, barring any economic slowdowns, we should expect it to grow gradually year-on-year.

Based on the projected revenues for FY2019, $11.69 billion is expected to be collected from a GST rate of 7%. At a rate of 9%, $15.03 billion in GST would have been collected. Herein lies the importance of announcing the planned hike early and getting buy-in from citizens on the necessity of this important move.

The addition of more than $3 billion annually can go towards increased spending to improve infrastructure and support schemes for our ageing population, as well as make long-term investments to keep Singapore competitive in a rapidly changing global economy.

Other tweaks to GST, such as tightening GST tax reliefs for travellers returning from overseas should also add to GST revenues, though probably to a lesser degree.

Read Also: The National Budget: Spending Today vs Investing For The Future? Which Is More Important?

How Much More In GST Will The Average Singapore Household Be Paying?

Since GST is a consumption tax on all goods and services, the average Singapore household should expect to pay more once the hike is effected. But how much more?

According to the latest Household Expenditure Survey 2017/18 from SingStat, here is how much the average Singapore household spends each month: 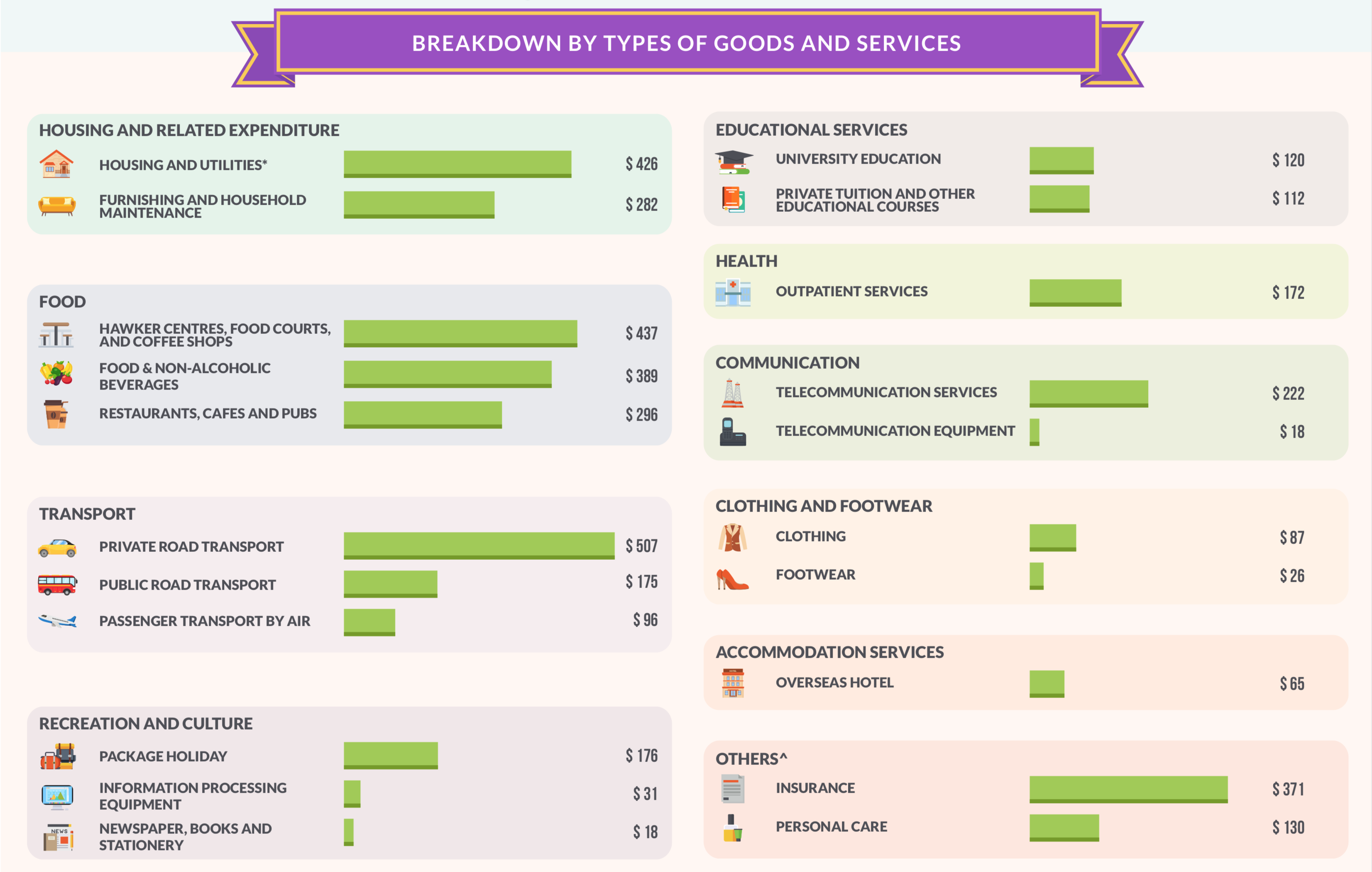 If you want to find out how much (more) GST you’ll be paying as a result of the rate hike, you can track your expenses over a month.

What Can We Do About The Incoming GST Rate Hike?

Obviously, the lesser we spend, the less in GST we’ll be paying. However, it is worth considering that there are two kinds of expenses: fixed and variable.

Fixed expenses include what we spend on food, transport, utilities, and other essentials for daily life. If we think the GST hike is an issue, we can try to look for lower-cost alternatives if they are available, or reduce our usage of these goods and services. The government has also promised a GST support package to help those who will be hardest hit by the GST increase.

Read Also: How Much In GST Vouchers (Cash, U-Save, MediSave) Will I Be Getting In 2019?

Variable expenses include discretionary spending on things like entertainment, luxury goods, and other non-essentials. There will be those among us who are price insensitive and will continue to spend the same way they used to, while others may reduce their spending, which may ironically, affect GST collections, as well as have a dampening effect on the economy.

The GST increase might be a bitter pill to swallow, but perhaps the knowledge that we would ultimately be the beneficiaries of the GST revenues collected, would help soothe the discomfort.

YouTrip; Revolut; Transferwise; DBS MCA And UOB Mighty FX: Complete Guide To Multi-Currency Accounts And Wallets In Singapore
Why The OCBC 90°N Card Could Be The Perfect Air Miles Card For Globe-Trotting Singaporeans