Over the past 5 years, growth in household income has fortunately outpaced household expenditure, except for those in the lowest 20%. 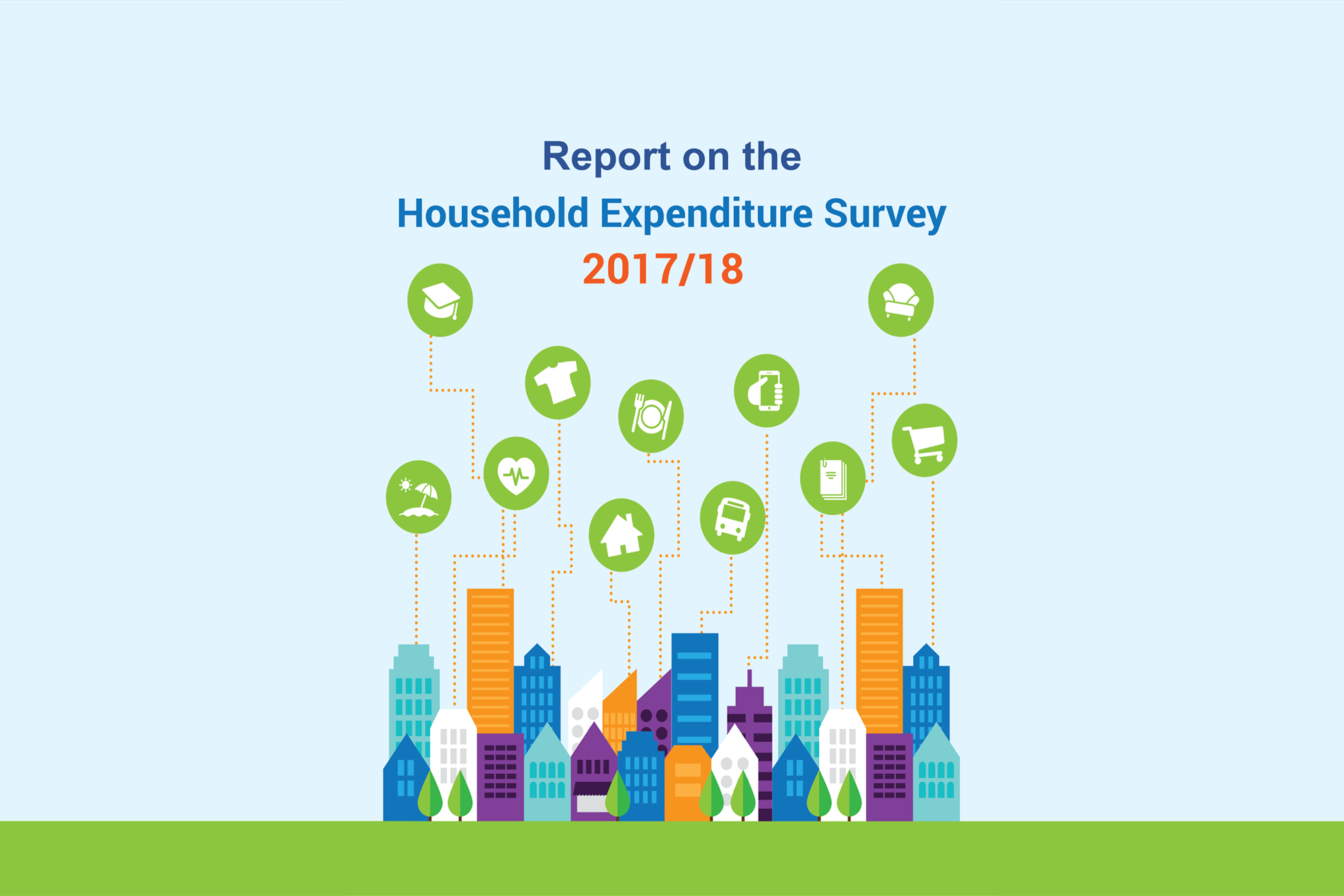 For those who are not aware, the Household Expenditure Survey (HES) is conducted every five years to collect detailed expenditure data of resident households in Singapore. The data collection is done over an entire year to capture seasonal expenditure.

This data is used for further expenditure and income studies, as well as to update the expenditure basket for the Consumer Price Index (CPI).

Read Also: Singapore Inflation Rate In 2018: Here’s How Much Prices Of Everyday Goods And Services Have Increased

As statistics geeks, we at DollarsAndSense combed through the 346-page document with zeal and curiosity as soon as the report was released.

On average, Singapore households spent an average of $4,906 a month on goods and services, which is an increase of 4% from $4,724 in 2012/13. This works out to an increase of only 0.8% per annum on average. Fortunately, household income has outpaced the modest increase in household expenditure.

Here are five other important and interesting insights we found from the Household Expenditure Survey 2017/18 report.

#1 What Are Singapore Households Spending The Most On? 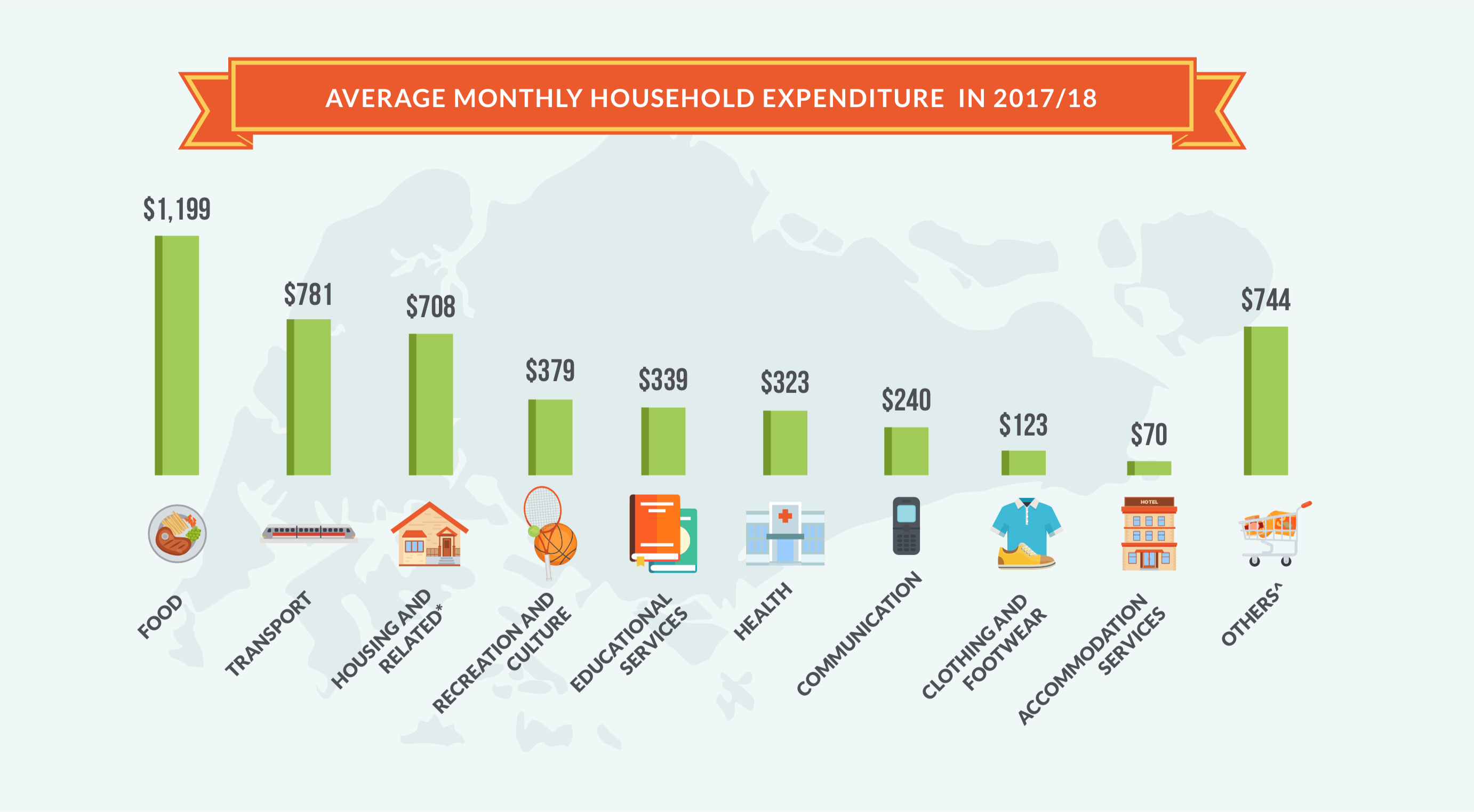 Here is a further breakdown of spending based on each expenditure category. 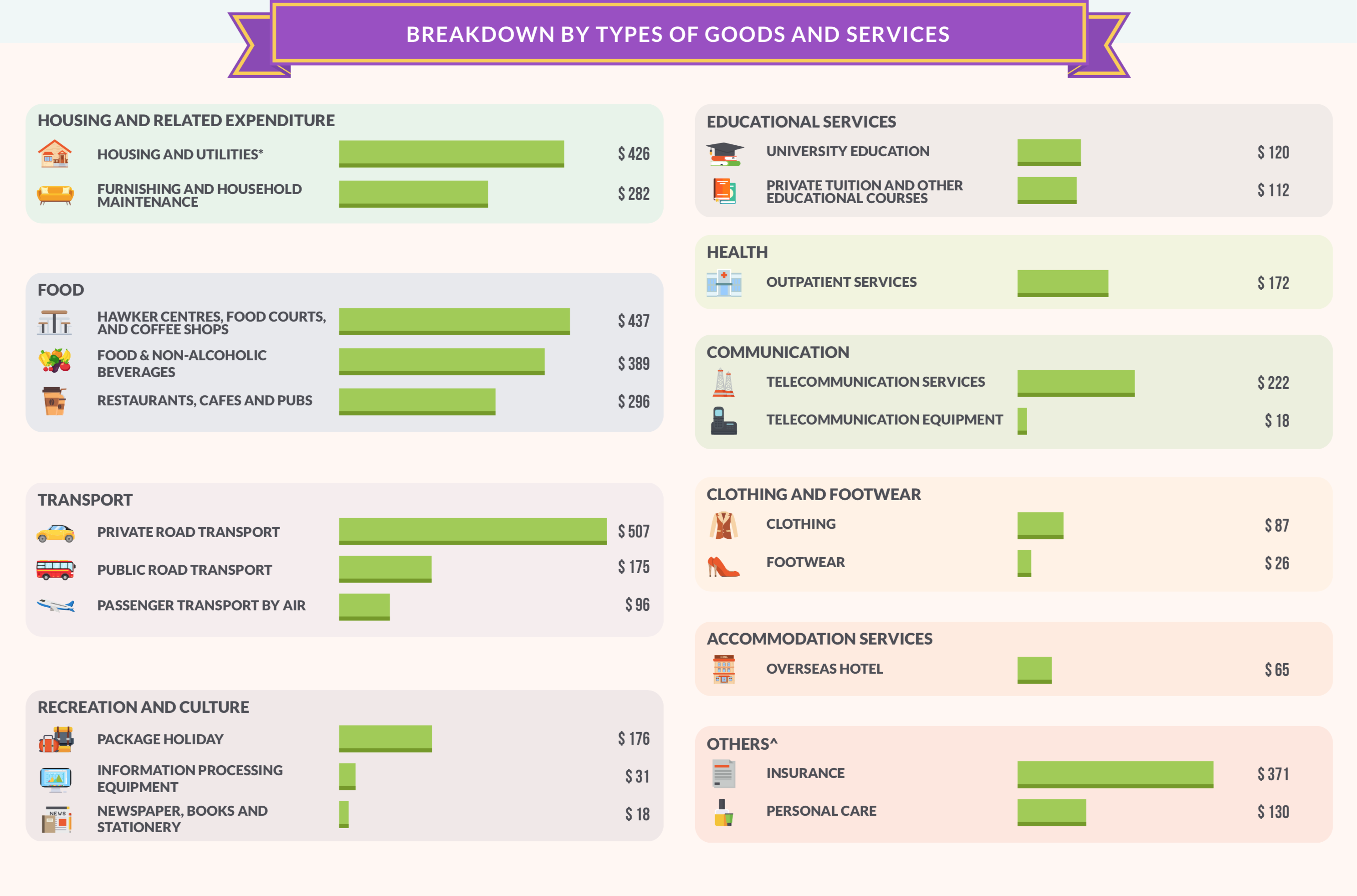 Today, most would agree that a lack of access to the Internet would affect one’s ability to succeed in school, work, and even life.

For students, the Internet is essential for online research, collecting resources, collaborating with group mates, and submitting assignments. Those in the working world require Internet access at home to stay connected with the office, and perhaps for landing a job in the first place. Outside of school and work, the Internet is an important source of communication with loved ones, a (mostly) free source of entertainment, and the means to transact with government bodies and private companies.

Read Also: Investing In Yourself: Here’s What Every Student Needs To Know Before Entering The Working World

Unfortunately, Internet subscriptions among those living in 1-room and 2-room HDB flats are quite low (at 45%), though this is a marked improvement from the 21.5% and 13.2% from 5 and 10 years ago, respectively. 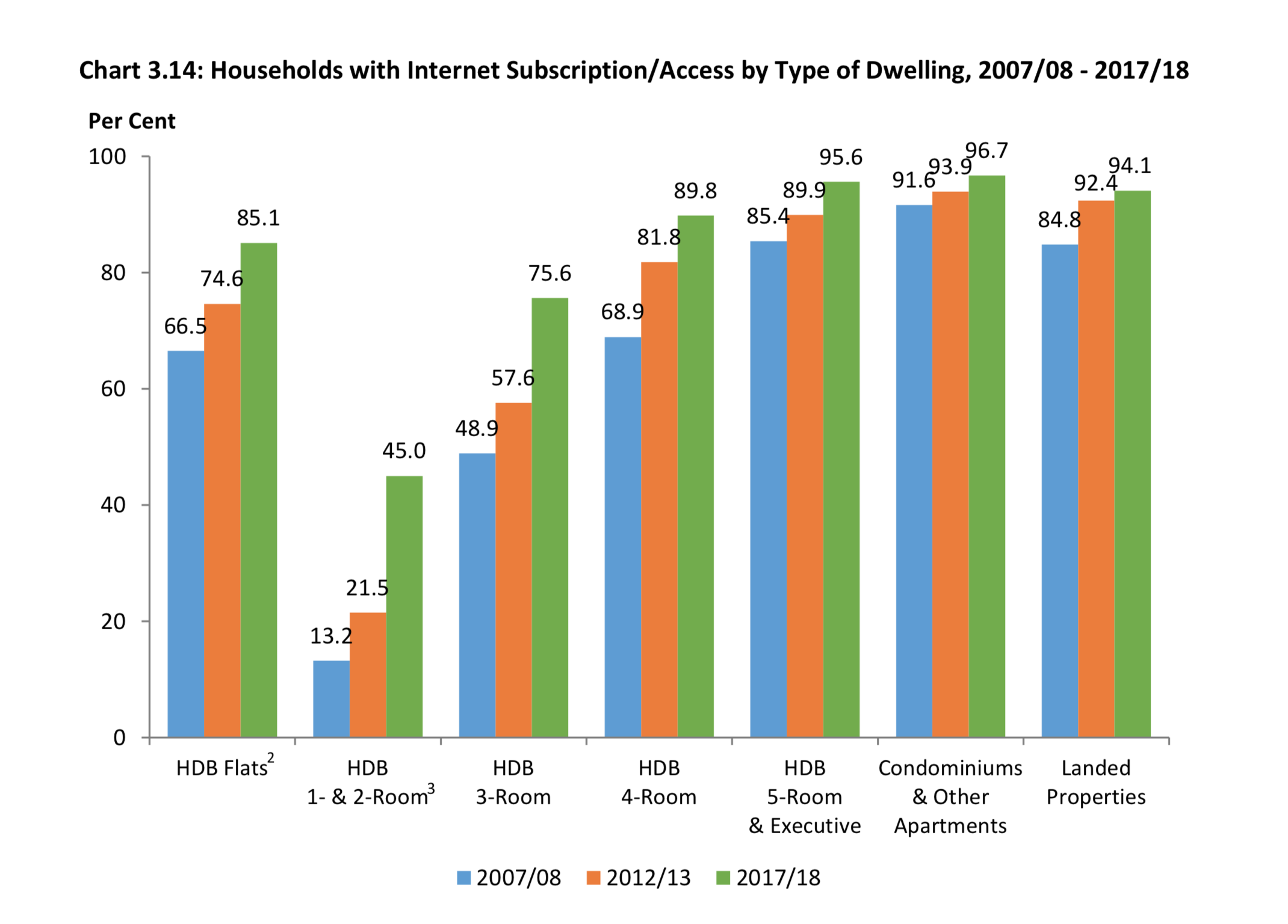 One might say that mobile phones and mobile data has reduced the need for Internet subscriptions at home, but the need to ration your Internet usage because of mobile phone data caps may reduce self-development and other opportunities that individuals might otherwise pursue.

Also, those living in 1-room and 2-room HDB flats would also be the hardest hit by expensive penalties for bursting their monthly mobile data caps and may throttle their own usage way before they are near their monthly limits.

As you would expect, the average monthly household expenditure increases as the household size increases. 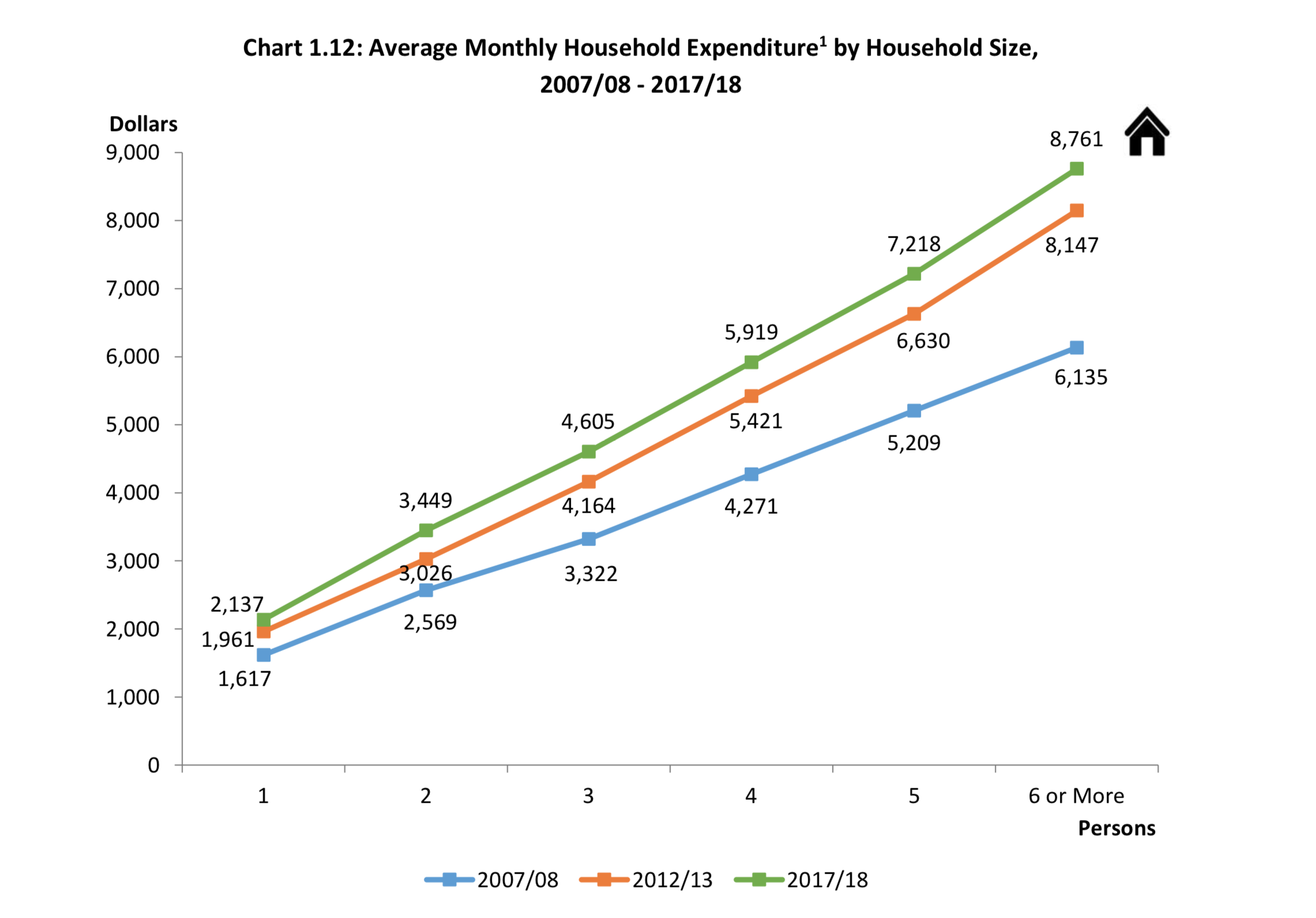 What might be surprising is that this increase is not linear. In fact, average monthly household expenditure per household member declines as the household size increases from $2,137 for one-person households to $1,351 for households with six or more people. 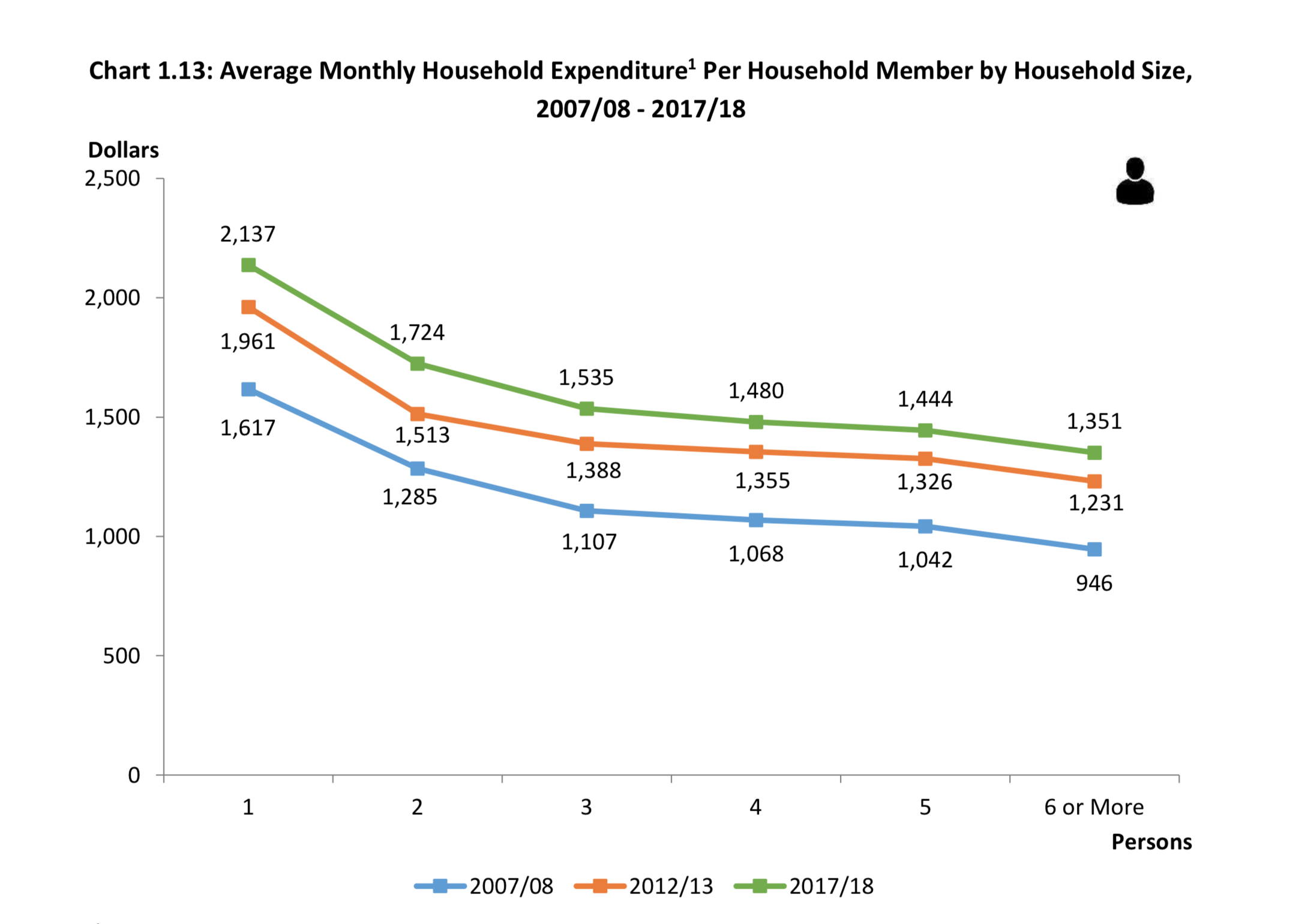 This can be explained by economies of scale and the sharing of common facilities, such as electrical appliances, home furnishings, Internet subscriptions, and perhaps hand-me-down clothes and toys for kids.

So if you’re thinking about having more kids but are worried about affordability, perhaps the statistics indicate things do get easier.

Read Also: Here’s What Singaporeans Are Spending On And How They Can Save More

While employment income still makes up the largest share of households’ income, the share of non-work income has increased substantially, especially among the lowest 20% households. This is attributed to the larger concentration of households comprising solely non-working persons aged 65 years and older who might have lesser income from work, and receive more from regular government transfers and contributions from their loved ones.

Non-work sources of income includes investment, rental, other sources such as pension and contributions from loved ones not staying in the same household, as well as regular government transfers received by individual members and transfers given at the household level. 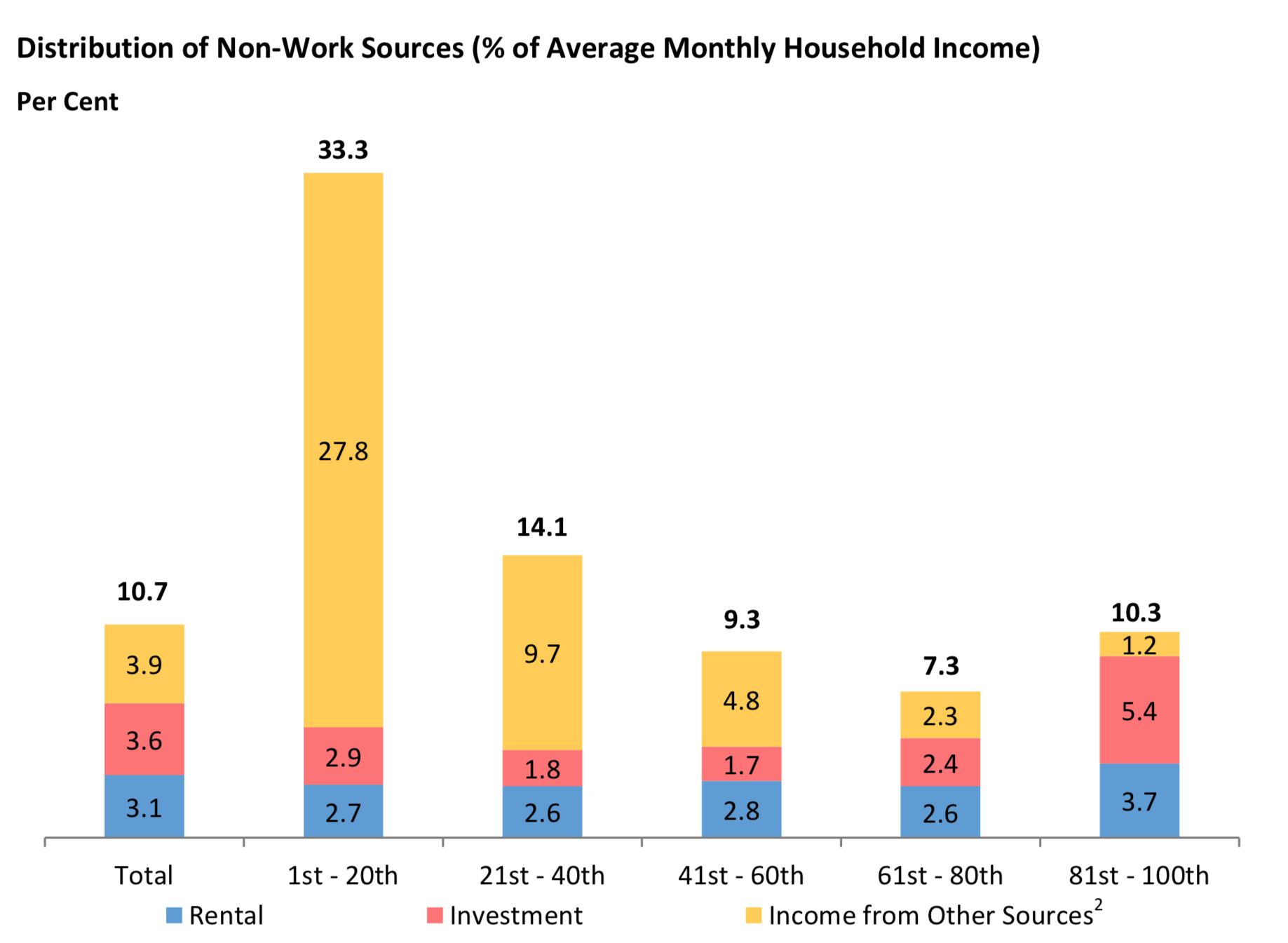 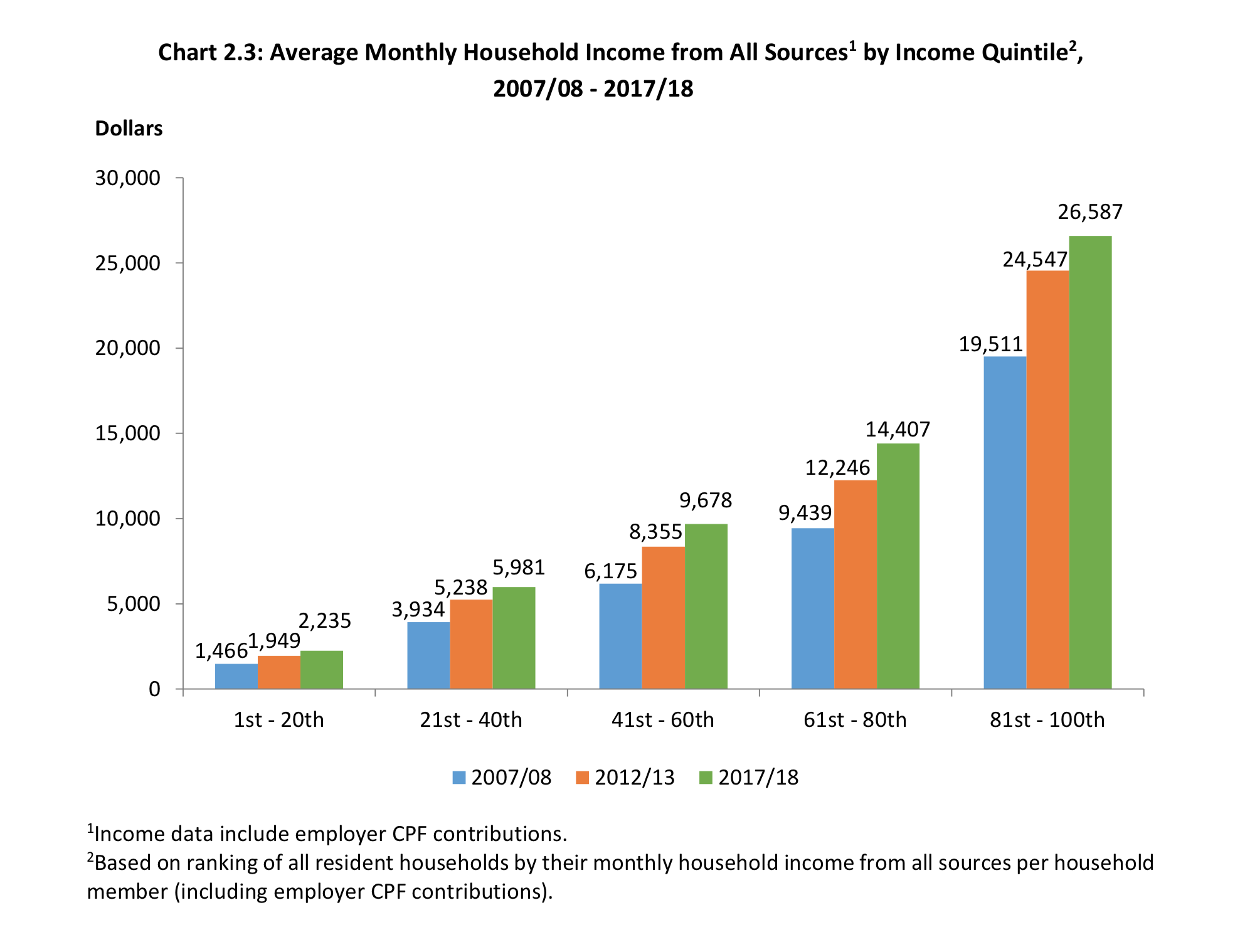 While income growth data is reassuring, it is important to note that households who belong to the 20% lowest-earning group were the only ones whose expenditure growth (3% per annum) outpaced income growth in nominal terms (2.8% per annum).

Perhaps this is a group of Singaporeans that would continue to benefit most from targeted assistance and means-tested transfers like the GST Voucher Scheme.

Read Also: How Much In GST Vouchers (Cash, U-Save, MediSave) Will I Be Getting In 2019?