GOLD, Is it time to Buy, Sell or Stay Away?

Should you start accumulating? 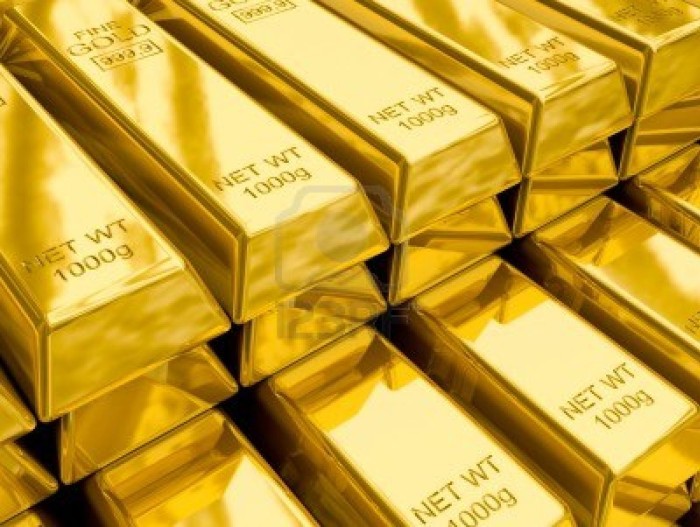 Since reaching a high of USD$1,900 in 2011, Gold has seen a near 45% depreciation, reaching a price level of $1,090 which has not been seen since 2010. News of a strengthening US economy has induced rumours of an interest rate hike sooner rather than later.

The opportunity cost of holding a negative cashflow asset such as Gold increases vis-à-vis dividend bearing stocks. With a bullish global economy, investors will take a “risk on” approach to their investments. Such a reason was cited as a possible reason for the drop in Gold prices.

Central banks that were buyers of Gold in the early 2009 – 2010 are now sellers. Big hedge funds that were in heavy long positions have started to liquidate their positions and become net sellers. This was the other reason that was used to explain the drop in Gold prices in paper terms.

Though Gold does not produce positive cashflow unlike other assets such as property or stocks, it has an indefinite store value as the global currency. In times of fear and panic, Gold is the safe asset one looks to for their financial security. Hence, there is no question that Gold should be held in at least some portion of your portfolio. But the question to ask is whether this is a time to buy, sell or stay away from Gold.

We answer this question by looking at two themes. The first is the demand and supply for Gold. Second, what are the opportunities present in the Gold market now that we can take advantage off.

The California Gold Rush of 1848 started the major large scale production of Gold. An estimate by GFMS in 2012 puts the total mined Gold in human history at 174,100 tonnes. With all the known and big deposits being extracted rapidly, mining companies have to go deeper underground to extract gold which is more expensive. Furthermore, new discoveries are rare.

In a 2014 article by International Business Times, it was reported that the World Gold Council found the average industry cost of one ounce of gold to be at USD $1,200. It also estimated that 30% of the mining industry might become unprofitable if prices fall below that threshold for a sustained period.

What does it mean for consumers of gold? It simply means that if USD $1,100-1,200 is taken as the benchmark for the cost of production, then any price lower is a discount for the consumer. And miners don’t exist for charitable purposes.

If the miner is getting less for his effort of extracting, then he has two choices. First, he could stop extracting or exploring until price reaches a profitable level. Second, he could limit the supply of the gold bullion that reaches the market from his production factory. Both these methods will have an effect on supply becoming limited, thereby, causing price to rise.

Quoting the famous allegory from Benjamin Graham’s Intelligent Investor, Mr Market is often irrational. He might quote a plausible or ridiculous price. As an investor or consumer, it will be good to know the value and cost of Gold and not base your buying decisions simply on the quoted price alone.

A symbol of status

From the ancient Egyptians, to the Spanish Conquistadors, to even Saddam Hussian, people simply craved Gold throughout history. Till today, it is still a symbol of power and wealth. Though popularly adorn as jewellery, Gold’s use is not limited to only that. Due to its high malleability, ductility, resistance to corrosion and conductivity of electricity, its uses are far reaching. Some of the industries it is being used widely are in electronic, dentistry and aerospace.

Nonetheless, the bulk (52%) of mined gold is used for jewellery. No other country consumes as much gold as India. With a consumption of 428m tonnes, China is second to India’s 745.7m tonnes. The economic power nation of USA, consumes around 128.61, tonnes, topping the top 3 nations in gold consumption. With a deep rooted cultural fixation over Gold, India has seasonal demands peaking during wedding seasons, starting late September to January. China with its short rise to affluence looks to gold as a charm of good fortune and luck.

With at least a billion strong populations in each country, we can be sure there will be no shortage of buyers at lower price levels. Moreover, people in both countries are known to be life savers. These people will look to gold as a form of saving and use it to hedge against the volatilies of their currencies.

Gold has always been the most sought after prize money for most conquerors of nations. In this respect, a nation’s Gold reserve has always been considered as a key financial asset. During World War II, some of the European nations had shipped their Gold reserves to other countries for safe storage while they participated in the War. It was done to prevent their Gold reserves from falling to enemy hands, in the event of a defeat.

Since then Countries have kept a portion of their national forex reserves in Gold. Singapore has over 127m tonnes of Gold constituting to around 3% of its reserves. China with over USD $3 trillion forex reserves, has revealed to have over 1,658m tonnes constituting the value to around 1.6% of its $3 trillion reserves. With a lower Gold price, more Central Banks in the name of diversification and hedging will hope to add Gold to their reserves. None would be keener to diversify from their US Dollar holding than China.

Most financial instruments like nature, with its seasonality, are affected by cycles. Instruments like commodities go though a bull and bear phase in a long term cycle.

Gold is no exception. In a 2013 article on Kitco, the author shared his observation of an 8 year cycle in Gold, which goes back to the December of 1969. He mentions of the close accuracy of the cycle citing the high gold reached in 1996 and the low in 2001, eight years after. This was followed with a sharp increase in gold price until it reached a low in the November of 2008, almost seven-and-a-half years after.

Now, where are we in the cycle? Adding eight years to 2008 brings us to 2016. If we were to believe in the cycle, we will be looking for gold to bottom out sometime around 2015 (now) to early 2016. If there was ever a time to consider buying gold, this would be a prime opportunity. At the height of the gold prices in 2011 – 2012, people were rushing to get into gold, buying it in the form of gold savings account, physical gold bullions & coins and some even bought into scams like Genneva Gold. But there was no telling reason why people were willing to buy at gold at its 4-5 year high. Was it the scrapping of the GST on gold (in 1 Oct 2012) or believe in analysts’/ market gurus’ calls on the forecast of gold, for it to reach USD $2000- 2500? Whatever it was, it got retail buying at the high.

Three years on, there is no news article saying how Gold is “a buy now or regret when fiat currencies go bust” or any bold forecast of gold prices by analyst or market gurus. Rather, news spreading fears on the further slide in Gold price, due either to the improved US economy or huge selling of Gold by some central banks and hedge funds, seem to describe the state of gold now.

What then, do we do now? Stop following the herd and be a contrarian. “You try to be greedy when others are fearful. And you try to be fearful when others are greedy”, a famous quote by the Oracle of Omaha, Warren Buffet when he was answering the secret to getting rich on Wall Street. If you were to follow Warren Buffet’s advice, there couldn’t be a better time to be greedy than now, when the media turns on the fear factor with stories of further price decline to come, in gold. Gold like any other financial instruments go through ebbs and flows in its price. But price alone should not be used to determine the value of the asset. And current times have presented us with an opportunity to acquire Gold a price below its value. However, the decision of whether to buy, sell or stay away depends truly on you, the reader.

We urge readers to conduct their own independent research before undertaking in any form of investment. Conclusions drawn in this article are of the opinion of the writer and should not be constituted as advice.