If you have a friend thinking of relocating to Singapore, here is a guide to the different types of properties that can be found in Singapore 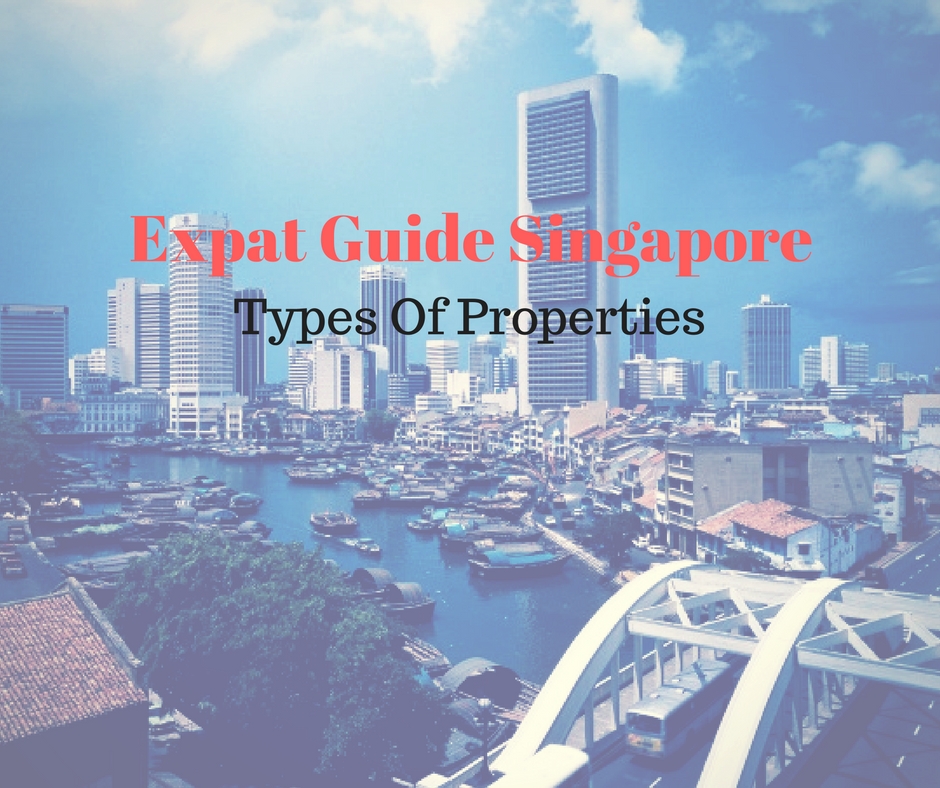 The city-state of Singapore has constantly ranked high among the best countries in the world for expats to live in. With high average salary, amazing local food, a solid education system and low crime, it’s not difficult to see why.

One of the key considerations for expats whenever they move into a new country would their housing needs. Most expats don’t buy properties when they are posted overseas because they do not know how long they will be there. Whether it’s just yourself, or an entire family inclusive of children that you have to relocate, getting the right home can be an important factor for how much you enjoy the overall experience of working overseas.

In this article, we will discuss about the different types of properties that you can rent in Singapore.

The first thing that most expats would notice when they come to Singapore is just how common public housing is. Unlike many other countries where public housing is built mainly for the poor, many middle and upper middle income Singaporeans stay in public housing, which are more commonly known as HDB flats. HDB flats consist of about 80% of all residential properties in Singapore.

HDB flats would usually have about 2 to 4 bedrooms. They also come with a living and dining area, a kitchen and two toilets, one of which is attached to the master bedroom. Most HDB flats are from between 700 square feet to 1,300 square feet in size.

Except for the Central Business Distract (CBD), Orchard Road and a few other prime areas in Singapore, most estates in Singapore would have available HDB flats, which you can rent from. Naturally, HDB flats that are situated nearer to the city centre such as Tiong Bahru and Kallang would cost more to rent compared to those away from the city centre. That said, a HDB flat that is walking distance away from an MRT station is a big plus, since most people would commute by train to and fro from work.

Do bear in mind that since HDB flats are a type of public housing, homeowners are required to fulfil a minimum occupancy period (MOP) of 5 years before being allowed to rent out their entire flat. Rental of the entire flat during the MOP is not permitted and considered illegal. However, homeowners can still rent out individual rooms during the MOP.

Do note that only Singapore citizens and permanent residents (PRs) are allowed to own HDB flats. So as a foreigner, you can’t buy one, even if you want to.

Similar to condominiums in other countries, condominiums are privately owned properties that usually reside within a gated compound. However, for an extremely safe country such as Singapore, living at a condominium is more so for exclusivity among home dwellers, rather than for safety reasons.

In Singapore, condominiums can be found in every housing estate including the CBD and the Orchard Road area. So no matter where you work, there would be a condominium development nearby for you to rent. It just depends on how much you are willing to pay.

In recent years, newer condominium developments are focusing a lot on smaller condo units such as studio apartments or 1-bedroom units. Most of these units are below 500 square feet in size, something that cannot be found among HDB flats. So if it’s just one or two of you who are staying, you can consider a smaller apartment at a lower rent while still enjoying the communal facilities provided at the condominium.

Foreigners are allowed to buy and own a condominium, should they wish to.

If what you want is ample space to remind you of your home, then you need to rent a landed property.

Terrace houses are the most common type of landed properties followed by semi-detached homes and then bungalows. There is also a type of landed property call Good Class Bungalow (GCBs), which is considered the most exclusive type of residential properties in Singapore. GCBs are bungalows that have a land area of at least 15,000 square feet, and within prime areas that are specifically designated for GCBs.

Do note that only Singapore citizens are allowed to own a landed property, with the only exception being the landed properties situated at the island of Sentosa.

Do you have a question about the various types of properties in Singapore? If you do, drop us a comment on Facebook and we will try our best to answer it. Or join the SG Property Discussion Facebook Group to get your questions answered by property agents in Singapore.