Commemorating National Day: Meet 10 Singaporeans Who Are Redefining What It Means To Be Successful In Singapore

For National Day, we celebrate the achievements of these ordinary Singaporeans who are doing extraordinary things to define what it means to be successful in Singapore. 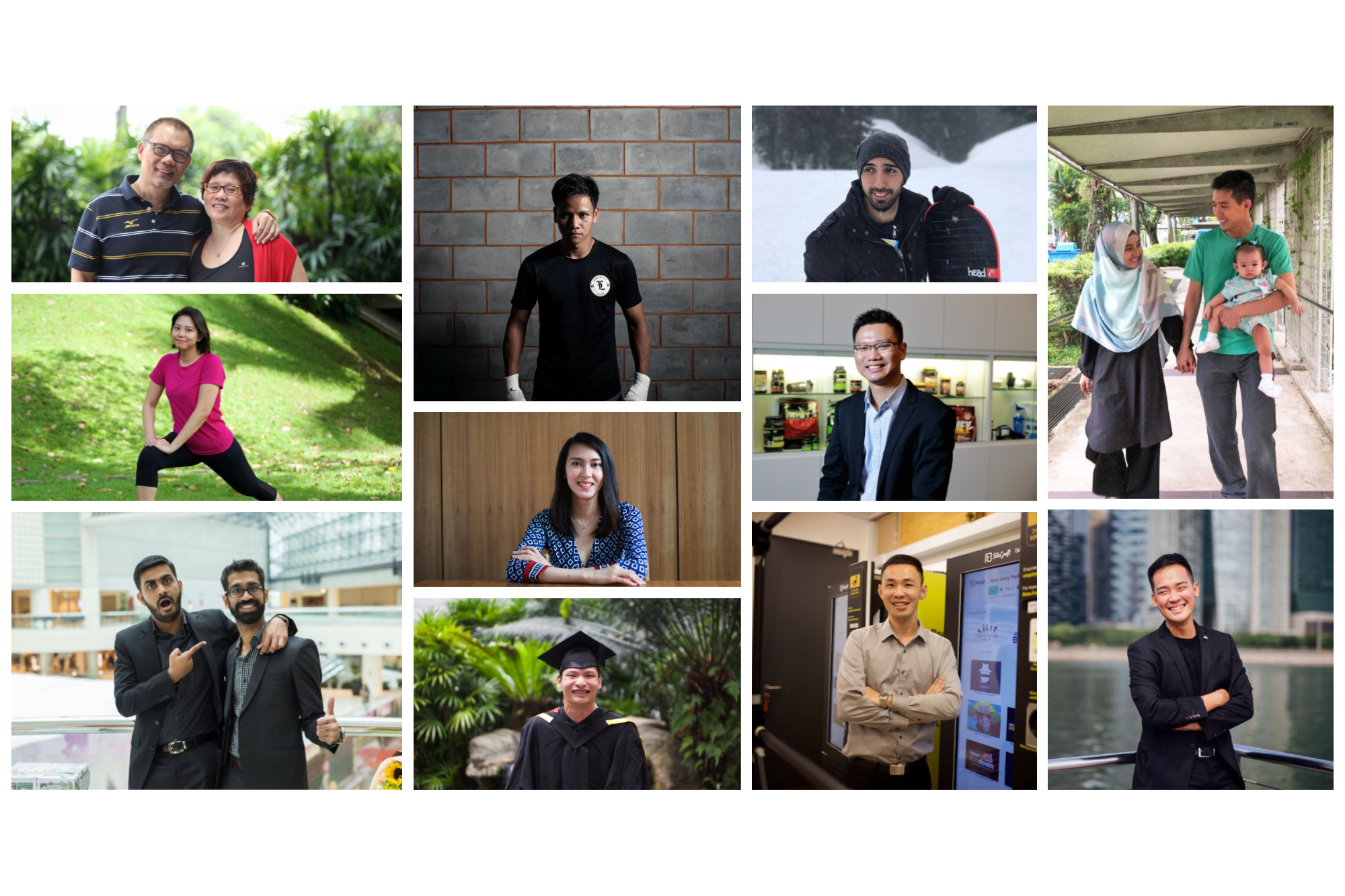 Singapore is known around the world as a modern, efficient, clean, and wealthy country. We’re also known for our ruthless meritocracy, the value we place on professional achievements, and the pursuit of material possessions, perhaps to the detriment of other things.

DollarsAndSense started the Successful Singaporeans series with the wish to redefine and celebrate success in all its unique, beautiful forms. Ever since this labour of love started, we have the honour and pleasure of speaking with ordinary Singaporeans who have done outstanding things in their lives.

In a way, their personal experiences epitomise the Singapore spirit that has been embodied by the Pioneer and Merdeka generations, and is being transmitted and amplified by the Singaporeans of today and tomorrow. These values include cherishing family and community, never giving up hope in the face of bleak odds, tenacity to pursue seemingly impossible dreams, and appreciation for the little things in life.

In celebration of Singapore’s 54th birthday, and the Singapore Bicentennial, we’d like you to meet these inspiring, Successful Singaporeans.

Read Also: 5 Cs To Determine If You Have A Great Job In Singapore

Born with Cerebral Palsy, Hitesh grew up being teased, bullied and developed an intense fear of public speaking. He used to see a doctor to get Medical Certificates to avoid having to go to school whenever he had presentations. His lowest point came when he ran out of the room mid-speech one day and hyperventilated.

With the support of his family, friends and his cousin Vicky in particular, he overcame this fear of his, attending public speaking classes and working hard to improve his confidence. Today, Hitesh gives public presentations all the time as he runs Better Than Normal, a company that conducts training seminars and gives motivational speeches in Singapore and overseas

Read Also: This S’porean Didn’t Allow Cerebral Palsy To Stop Him From Becoming An Athlete, International Speaker And His Own Boss

Darius: Trailblazing His Own Path In Life

15 years ago, Darius made an unconventional choice that changed his life. He dropped out of the mainstream school system in Singapore to pursue music in an arts academy.

It was unnerving, especially when well-intended relatives and friends all tried to convince him that he made a mistake. What kept him on his path was that he knew he wanted pursue his passion and live his dreams, coupled with the grit to work as hard and as long as he could.

Today, Darius works as a conductor and composes with both local and international musicians. He also runs his own music company that organises festivals to help people realise their passion in music and to allow them to perform on stage.

In a time when we’re conditioned to follow a prescribed script in life – get an education, get a good job, get married, have kids –  Arif boldly wrote his own story of life. Arif made a deliberate decision to get married even before graduating from university, and worked through his student days to provide for his family.

To him, success is fulfilling his responsibilities as a husband, father, and son, on top being a good student. His example shines brightly as a living example of what it means to follow one’s heart confidently.

Read Also: [Successful Singaporeans] Meet The Undergrad Dad Who Funded His Education And Raised His Family – At The Same Time

Tse Yong: Choosing To Win When There Was No Other Choice

Tse Yong was unsure about his future prospects after being unable to secure a place in university and being rejected from NIE after his GCE ‘A’ Levels. This led him to pursue his interest in health and fitness by enrolling into the Sports & Wellness Diploma course at Nanyang Polytechnic

Armed with the knowledge from his studies, he started an online sports supplement and nutrition store in 2009, followed by the Gymmboxx chain of gyms in 2010.

To him, it was ironic that sometimes, not having much of a choice can be good as well. To him, failure is just a work in progress as you learn become better. Failure is never a permanent condition, so we should never regard it as such. Cathie and her husband were living the life they wanted. She was a financial consultant with an extensive network of clients. Her husband, Sim Tharn Chun, was a regional country manager at an American MNC. They had three children who were in their teens, and were working in fulfilling and well-paying jobs.

This all that changed on 15 November 2015, when life took an unexpected turn for their family. Cathie’s husband almost died and was left with permanent hearing loss, which affected his speech, mobility and balance. Cathie decided to give up her career to take on the responsibility as primary caregiver for her husband.

This courageous couple continues to live with hope and confidence, determined to never allow unfortunate events of the past dictate what their future will be like.

Read Also: Disability In Singapore: Why I Left My Job To Be The Primary Caregiver For My Husband

Muhamad Ridhwan “The Chosen Wan”: A Champion Of Life

You might know Ridhwan was a medal-winning national boxer and owner of his own boxing gym. What you might not know is the struggles and difficulties he had to overcome to get to where he is today.

In addition to training to be the best he can in the ring, he has his fair share of battles in life financially, professional relationships and internally within himself as well.

What keeps him going is his wish to leave behind a lasting legacy to inspire others well after he hung up my gloves.

Renzhi: Today’s Not the Day I Quit

After working and living in Shanghai during one of his semesters in university, Renzhi saw for himself  how competitive things could really get around the world. When I returned to Singapore and graduated from university, I decided that a regular 9-to-5 job is not something I wanted.

Thus he began his journey as an entrepreneur. Despite facing one great difficulty after another, he never gave up, even though he had to pivot his company and even resort to taking up jobs on the side to keep his business going.

As an avid marathon runner, he knew the never-say-die attitude was the key to completing any race or business endeavour.  In the end, no one can make us quit. We always have the power to decide: “Today is not the day I quit!”

After being retrenched from his dream job doing special effects for Hollywood blockbusters, Amit was faced with bleak choices: give up his hard-earned skills and start in another industry or vocation in Singapore, or seize an opportunity thousands of miles away, saying goodbye to friends, family and Singapore.

He decided to take the plunge and relocated to Canada in 2016. It turned out to be a great decision, as it gave him the environment to be independent, managing his expenses and being responsible for everything in his life. To him, being retrenched led to a great adventure and wouldn’t have it any other way.

Read Also: We Spoke To A Singaporean Who Was Retrenched After His Company Shifted Overseas, Only To End Up Working For Them In Canada

As their company expanded beyond Singapore and met with unimaginable odds, Rena eventually reached a point when she realised that for the good of the company, she had to step aside to allow her other partners to take business further.

It was a difficult decision, since quitting felt like failure in most people’s books. But Rena did so knowing that sometimes, putting the greater good above her own interests was the right thing to do.

Today, that indie fashion platform is a successful lifestyle brand, while Rena has grown into an even wiser, stronger person who is embarking on launching a new venture business of her own in China.

Kang Wei: Growing From Receiving Help, To Helping Others 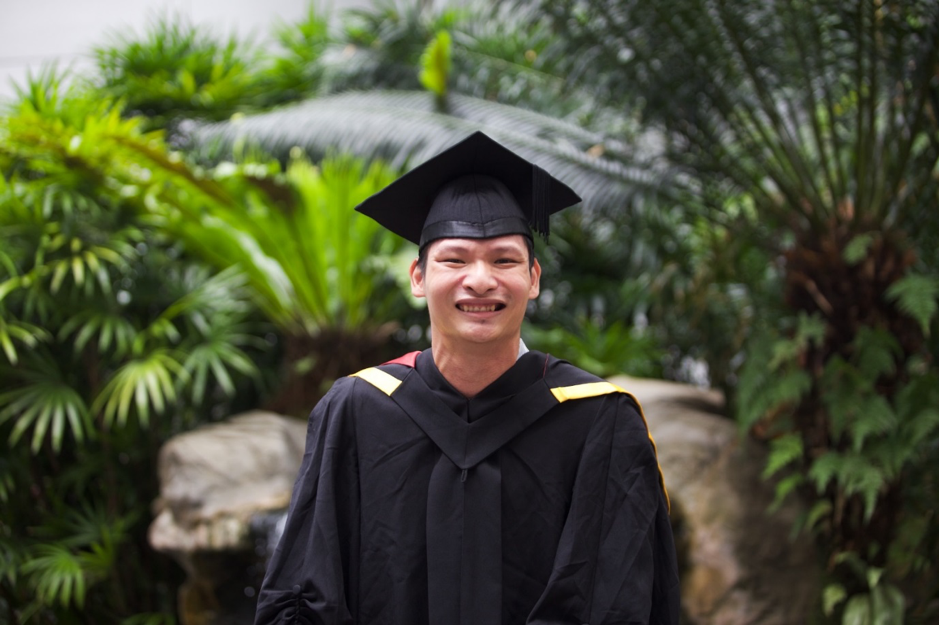 While most Singapore graduates are concerned with climbing the corporate ladder or building their careers, Kang Wei chose a different path – that of inspiring others and making the world a better place. As someone born with Cerebral Palsy, he grew up needing mobility aids to walk. However, that didn’t stop him from going where he wanted to in life.

With tenacity, he earned his degree in counselling and now works at a Voluntary Welfare Organisation (VWO). Along the way, he also became a competitive hand cyclist to raise funds for charities, and  was a National Youth Council Stars of Shine award recipient.

Read Also: Living With Disabilities In Singapore: From Receiving Help, To Helping Others

Know Of A Successful Singaporean In Your Midst?

We’re always on the lookout of Singaporeans to feature and allow their personal stories to inspire even more. If you have a story to share or someone who you think redefines what it means to be victorious in life, please drop us a message at [email protected]. Majulah Singapura!