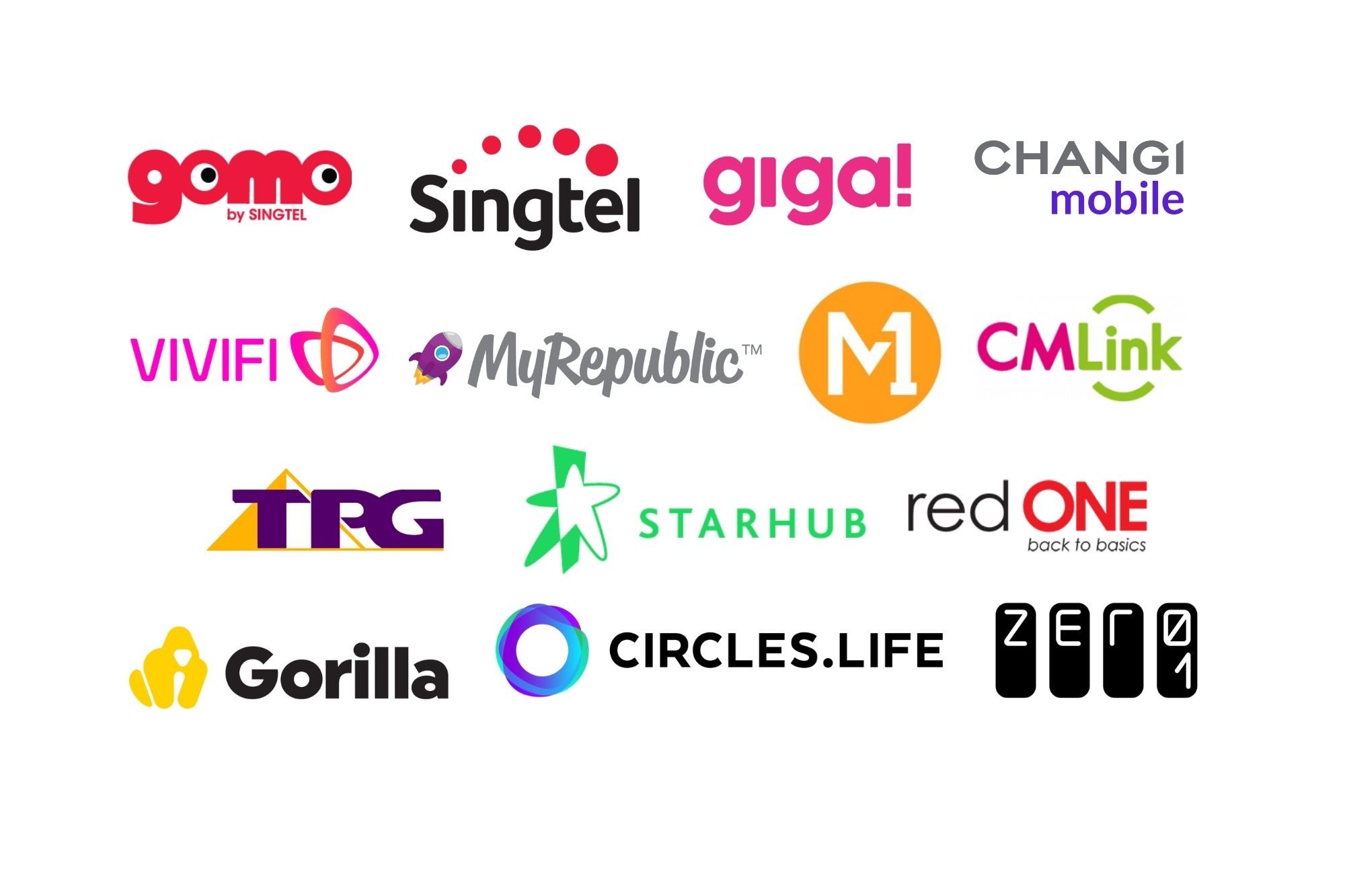 The mobile market in Singapore used to be characterised by contract plans with handset subsidies. These plans package both the mobile plan and the handset as part of the monthly fee pays for the subsidies on the handset (making the plan function partially as an instalment plan for the phone). However, this means that if you do not recontract immediately at the 2-year mark, you will essentially be paying additional instalments for a phone that is already paid for as the plan would continue at a higher monthly rate. However, this has changed with the introduction of sim-only plans.

Read Also: [2020 Edition] Best Unlimited Data Mobile Plans In Singapore (Plus: Which Plan Gives The Most 4G Data Per Dollar?)

What Is A SIM-Only Plan?

SIM-only plans do not include subsidies for the handset, and most of them come with the benefit of having no contract. If a competing telco offers a better plan, or if the telco is giving unsatisfactory reception/service, the consumer can always switch. Of course, there are also downsides to switching such as the time taken for the SIM card to be delivered, and not having reception and data during the downtime waiting for the setup and activation.

The other benefit is being able to choose when to upgrade your phone, rather than being tied to a 2-year upgrading schedule. For iPhone fans, this is great news since you can theoretically get the newest iPhone every year while selling your older model secondhand, whereas you might have had to pay an early upgrade penalty if you were tied to a 2-year plan. Those who find it a hassle to port over contacts, pictures and apps can always choose to use their phones for 3 or 4 years before upgrading and enjoy the savings.

The other benefit of SIM-only plans is that at present they are very heavily focused on providing data. This is compared to the more traditional postpaid (2 year contract) plans which typically provide more SMS and Talktime but relatively little data, and prepaid plans which charge for data usage at exorbitant prices. If you are a heavy data user, SIM-only plans are a good choice for you.

Many Options For Consumers In Singapore

The increasing popularity of SIM-only contracts is clearly evident. The three local telcos – SingTel, StarHub and M1 – all have their own SIM-only plans, as does SIMBA (formerly TPG Mobile), which won the fourth telco license in Singapore.

This has led to further intensification of competition in an already crowded telecommunications marketplace. The main benefactors are the consumers in Singapore (for now), as prices have tapered, and service standards are under pressure to improve, and products more innovative.

We’ll look at the SIM-only plans offered by the different telco and MVNO operators in Singapore to find out which offers the best deal. All promotions and discounts will be disregarded to take away variances that an individual may encounter depending on the time they subscribe, especially since discounts off monthly fees are seasonal and only last for a limited time.

Not everyone has the same needs, so we shall consider two types of users. User A  would be someone who has moderate data needs (20GB and below) and user B with extreme data needs (above 60GB). Based on this classification, we shall recommend plans to fit the needs of both categories.

User A would be the typical Singaporean who either just needs basic data, or enough data to entertain them during commutes (Youtube/Netflix/Mobile Games). People in the User A profile may also occasionally use mobile hotspot to enable internet usage on their laptops for working on-the-go or offsite.

User B would be mainly people who work offsite a lot and thus need mobile internet or people who use mobile data as a replacement for a home broadband service. User B may also include small businesses which have moderate office internet needs but do not wish to pay exorbitant fees for a commercial broadband plan.

Of late, many players in the market have bumped up their lowest offerings, charging between $20-30 for 40 – 100GB. Since they charge roughly the same price as other providers providing basic data quantities, and those are the lowest data plans for the provider, we shall consider these plans under the User A category despite the fact that it provides more data than necessary. In addition to that, some providers are starting to provide 5G, and these will mainly be placed under the User B category.

User A needs a minimum of:

For those who want to spend the absolute minimum on their SIM-Only Plans, Zero1 Starter is the cheapest at $6.90. However, SIMBA’s 100GB plan gives the best value since it gives a whopping 50GB unthrottled data for $10.

However, a caveat is that the coverage and reception for TPG may not be as good as other providers, which could be the reason for the insane value, so best to try for a month or two and test reception reliability, especially in places where you are likely to need your phone often (e.g. Home/Work/School) before porting your number over.

For those who cannot afford the bill shock of exceeding their data quota but still need constant connectivity, unlimited plans like Zero1’s Starter (6GB) or VIVIFI’s Plus Plan (9 GB) and redOne’s WOW10 (10 GB) all offer 6GB or more of data respectively, all under $15 monthly. These plans provide the stated data at full speeds, and throttle all usage thereafter, which is great for people who do not use much data or can’t afford to exceed their data plans unknowingly. With that said, TPG’s 100GB plan costs just $10 while providing more data than the average student might use, so it may also be well worth it for students.

User B needs a minimum of:

For those looking to ride the 5G wave, Singtel and Starhub have started providing 5G SIM-only plans. However they will require signing on to a 12-month plan. In this case, Starhub’s plans seem to offer more value at 90GB for $38 or 110GB for $45. M1 users have the option adding on a 5Go Plus Booster for $5 per month which may be one of the most cost-effective ways of trying out 5G.

Those who may need to travel overseas regularly for work may consider plans that offer overseas data usage. redONE’s data can be used in both Singapore and Malaysia while CMLink can be used in Singapore, Hong Kong and mainland China. SIMBA also includes 1 to 2 GB roaming data to 57 destinations.

Read Also: Best Unlimited Data Mobile Plans In Singapore (Plus: Which Plan Gives The Most 4G Data Per Dollar?)

Another group of people who may also sign up for SIM-only plans includes parents getting a phone for their younger children as well as the elderly. In certain instances, some within this group may not require a lot of data – perhaps due to parents wanting to limit their children’s phone usage or the elderly who aren’t familiar with the feature.

Here are the plans that are targeted at seniors and families:

SIMBA’s Seniors Plan is currently the cheapest SIM-only plan available on the market right now. However, only seniors (60 years old and above) may apply for this plan with each senior being able to apply for a maximum of 4 lines under this plan.

VIVIFI’s Share Plan and Circles.Life’s Family Plan is targeted at families with the ability to share the data, talktime and SMS of the main Share Plan. Each Share Plan can share up to 8 additional lines (VIVIFI Us) or 5 additional lines (Circles.Life). This may make sense for large families. Taking Circles.Life as an example, a 6-member family pays $15 each and gets 33.3GB per person, making it second only to SIMBA’s 50GB SIM Only Plan in the User A category.

This article was originally published on 2 August 2018 and updated to reflect new information and the latest price plans. Additional reporting by Clement Low.