Where should you apply for? 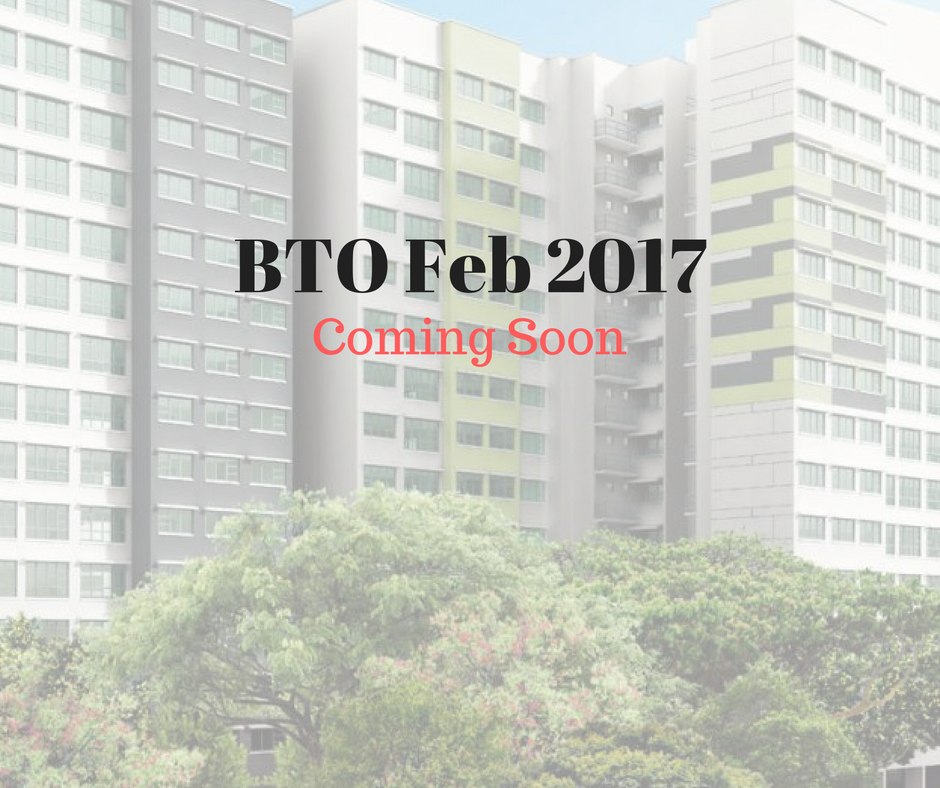 HDB has recently announced that 17,000 new Build-To-Order (BTO) flats will be launched in 2017. The first of the 4 expected BTO launch would take place in February 2017, a mere two months away.

Whether you are an engaged couple looking to get your first home, or a family looking to upgrade for a bigger family, it’s never too early to start thinking about future housing plans that you may have for 2017.

More than 4,100 flats will be available at 4 different estates during the February 2017 BTO launch. The 4 estates are Punggol, Woodlands, Clementi and Tampines. The locations of these flats have already been announced, though prices are not known yet. 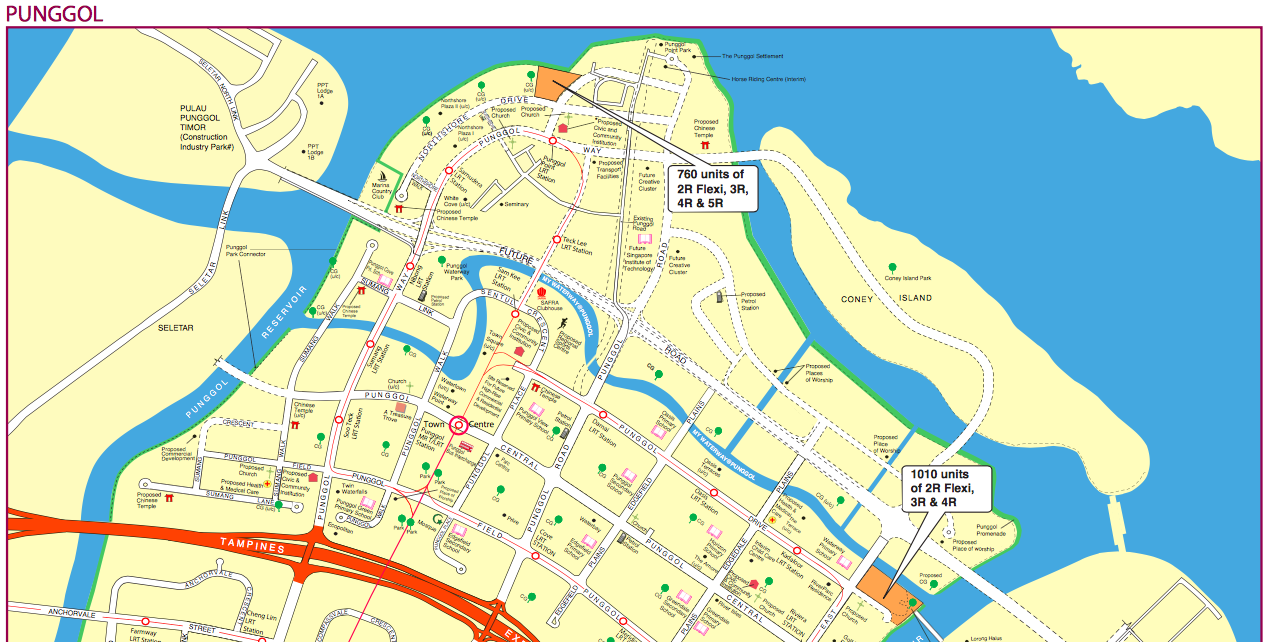 While it’s a distance away from Punggol MRT, the presence of a nearby LRT certainly helps. The vicinity around the area is either undeveloped or still being built up so the area by itself is pretty much new, even within Punggol itself.

The second location on offer within Punggol is in a slightly more built up area. It’s also a distance away from Punggol MRT though there Riviera LRT Station is nearby.

With 4-room flats likely to cost about $300,000 or less (before grant), it might be possible for first-time applicants to get a unit for about $250,000 (after grant). While Punggol is unlikely to ever achieve the type of valuation one might see at more mature towns such as Marine Parade, Bishan and Clementi, it promises the potential of being an up and coming estate with future amenities. 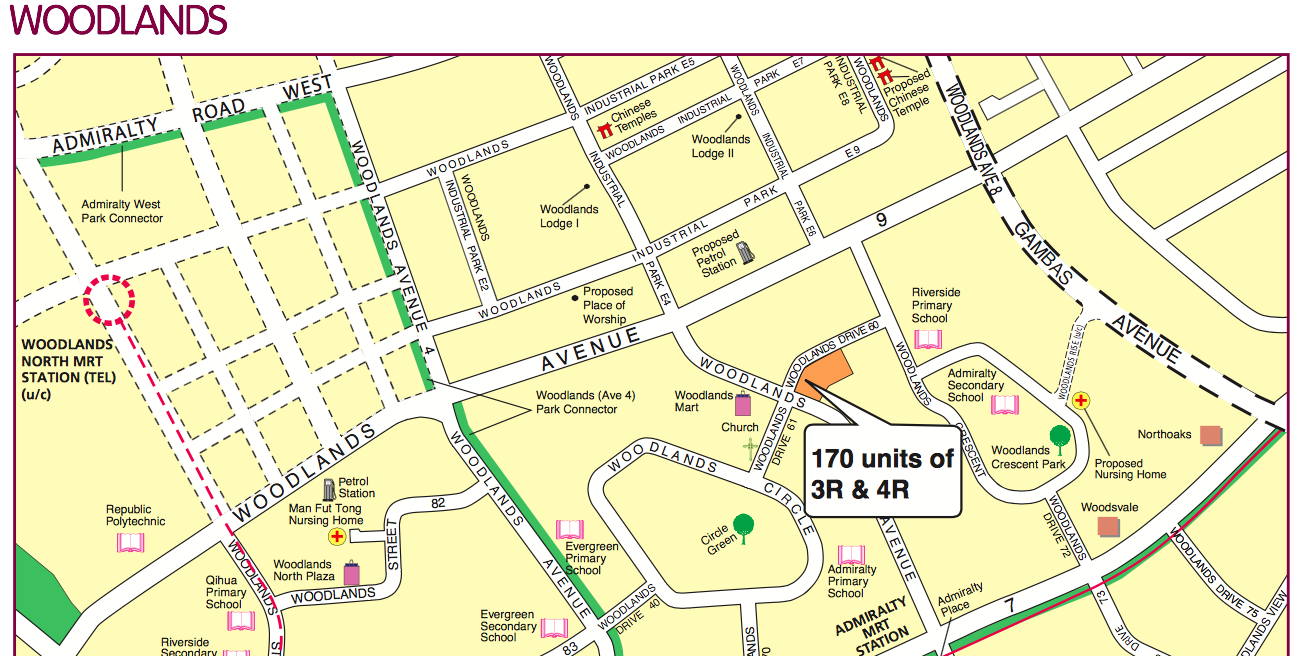 Though situated in Woodlands, the nearest MRT station for the area is actually Admiralty MRT so that’s a little bummer for us. As some of our more alert readers would know, we are quite bullish for Woodlands as an estate due to upcoming developments such as the Thomson Line.

Read Also: Real Estate Watch: We Take A Look At The 5Cs Of Woodlands And Why It Might Be The Most Undervalued Estate In Singapore

While not that far away from Admiralty MRT, residents may still need to take a feeder bus from the station unless they don’t mind perspiring before they even reached the MRT station each day.

For your information, it’s an 850 meters 11-minute walk according to Google.

There is no question that the Woodlands/Admiralty area would be the cheapest among the 4 estates. We suspect only people staying in the Woodlands, Admiralty and Sembawang area would appreciate the location. Expect 4-room flats to go for less than $250,000, even before grants.

Read Also: 5 Ways To Get Your First HDB Flat That You Can Afford 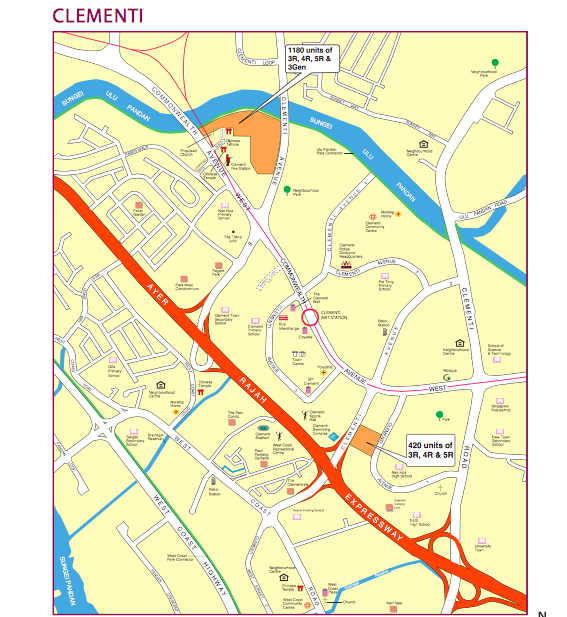 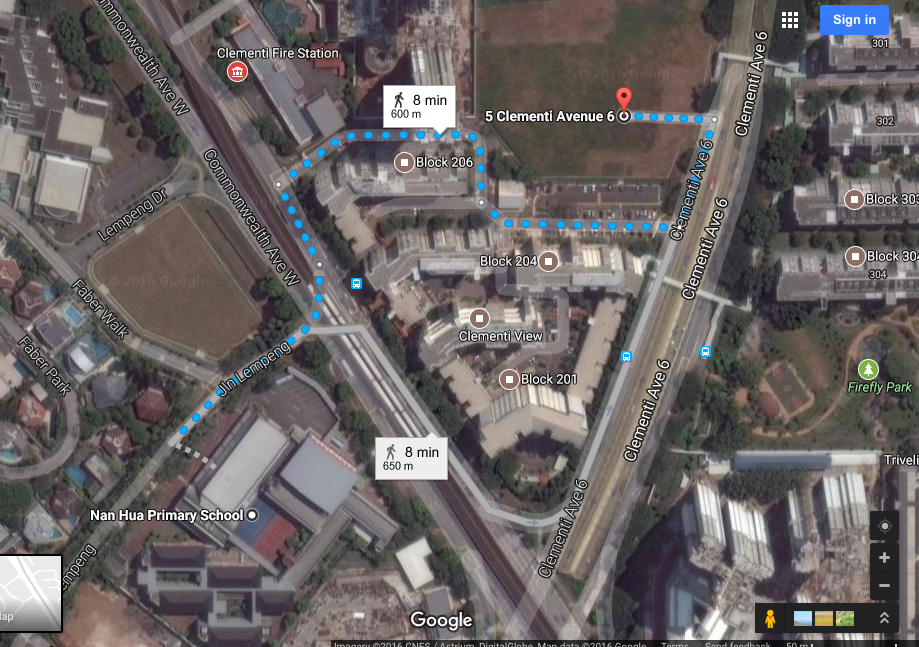 The second location offered in Clementi is also pretty good. Situated near many amenities (sports complex, good schools), it’s hard to imagine how this area would not be a great investment in the long run. It’s close proximity to NUS is going to a be a valuable plus point and we fully expect it to be badly over-subscribed.

Prices are naturally going to be high in Clementi and interested buyers should expect 4-room flats to cost about $500,000, more than double of what you might pay for a similar flat in Woodlands.

At the end of the day, it depends on what you want. Do you want to pay a lot more in the hopes of not just getting a home, but an investment property at the same time? If that’s your intention, then you really shouldn’t complain about paying half a million (or more) for a HDB flat.

Read Also: Why You Should Choose To Spend Less On Your First HDB Flat 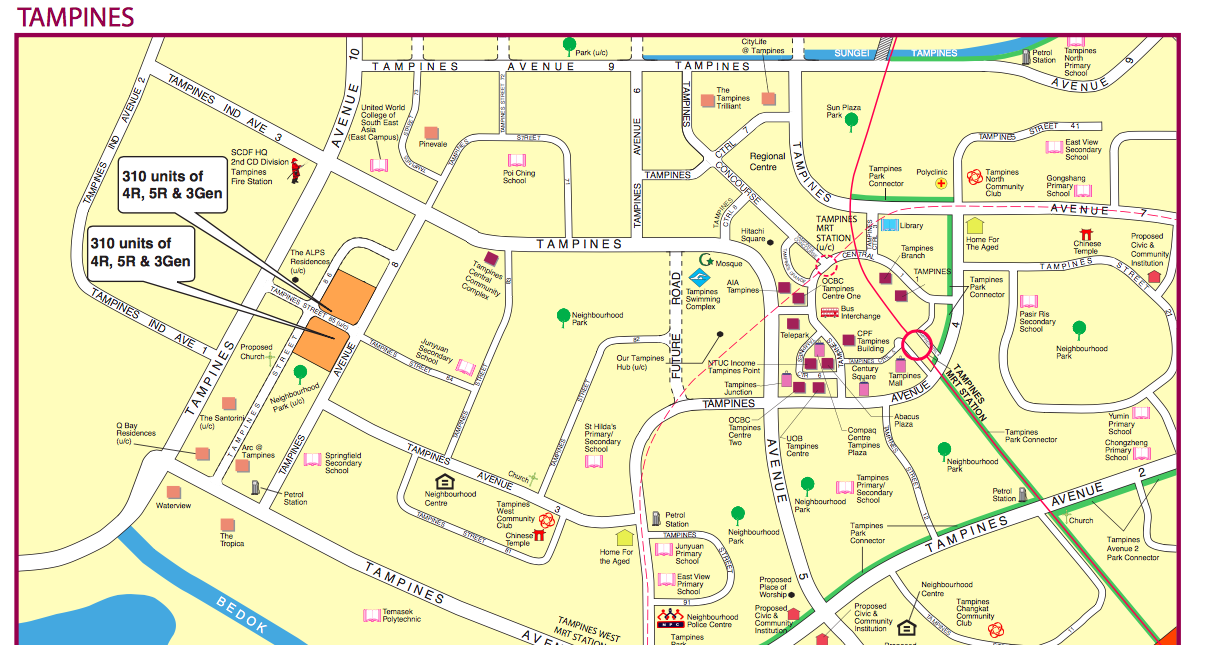 Tampines is a mature town that somehow constantly find ways to expand itself. Unlike Clementi however, the location offered in this BTO launch isn’t exactly the most appealing.

Situated near condominiums such as the Alps Residence and The Santorini, a quick check at both these condominiums clearly shows that location isn’t really a selling point for either of these developments. An upcoming MRT stations at Tampines West (Downtown Line) may help, but even then, it still isn’t walking distance  either.

Unless you have a car like the condominium buyers nearby, or happen to work within the Tampines vicinity, be prepared to add at least 20 minutes (one-way) for your daily commute.

Even though Tampines is considered a mature estate with plenty of amenities available, the location on offered here is much closer to that of a non-mature estate.

Unless the prices offered here is similar or lower to that of Punggol (which we seriously doubt so since it’s Tampines we are talking about), we doubt buyers would be too excited with the development, especially since first-time buyers will not qualify for the Special CPF Housing Grant.

2nd timer buyers, especially those who are already staying in Tampines, may find the location acceptable. If they are able to upgrade to a bigger 5-room flat without having to pay anything more from the sale of their current unit, then this could be a development to watch for.

An expensive flat in Clementi could be more appealing to those who are intending to monetise their flat in the future. A more affordable flat in Punggol or Woodlands could be preferred for those who look at their HDB flat strictly as a home.

Consider your needs, intentions and budget. And get a BTO flat that is right for you.

Have a question about HDB flats in Singapore? Join the open SG Property Discussion group on Facebook to discuss with other like-minded individuals about property related matters in Singapore.

Could Singapore Become the Financial Capital of the World?
5 Renovation Areas That Can Increase The Value Of Your Flat