Could Singapore Become the Financial Capital of the World?

Will Singapore be No.1 one day? 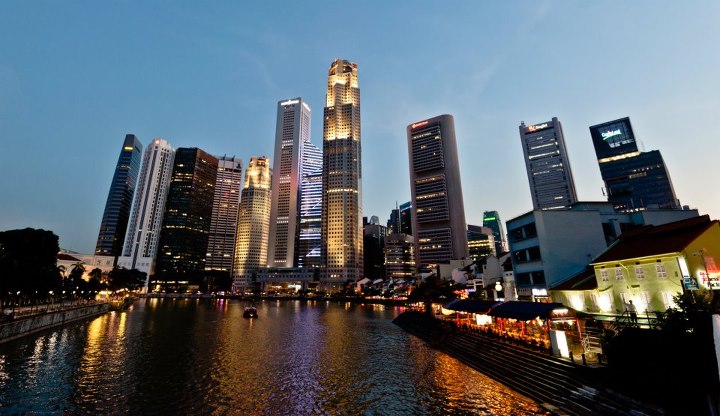 Singapore has risen to second place on the PwC index, overtaking New York and sitting just one place behind London as the world’s top financial hub. It now appears to be next in line and the most dangerous competitor to the British capital to take its crown as the world’s leading business hub.

For a country with a population of less than six million, this could be seen as somewhat surprising to many. Given the financial might of London, eclipsing it may also seem a long way away. However, there are a few reasons why it could one day overtake London as the financial capital of the world.

The UK’s decision to leave the EU in its historic referendum at the end of June threw up a lot of uncertainty, for the financial markets, trade and the future of Great Britain itself. Before the referendum there were various threats made by big businesses to move away from London and relocate elsewhere in Europe. If this were to happen then the city could struggle to remain the world’s financial capital.

So far, the effect hasn’t been as bad as first feared, with some companies going back on their initial claims. However a lot of uncertainty remains until the UK has officially left the EU though, so things could change in the future. If it were to have a negative impact on London’s standing as a world leader in finance, then this could be good news for Singapore and help the city surpass its rival.

Along with Hong Kong and Dubai, Singapore offers some of the lowest tax rates and highest efficiency levels for businesses. The corporate tax rate is 17% in Singapore, making it highly appealing for entrepreneurs to set up and base new businesses in the city. Compared to the USA where it is 35%, France 33.3% and 20% in the UK, from a business perspective, beginning in Singapore can make more financial sense.

If it manages to maintain relatively low taxes, then it is sure to attract more new businesses. However, these businesses will be those looking to tap into the Asian market, so it is unlikely to take on any businesses leaving London as a result of Brexit.

Formerly a British colony, the legal systems in place in Singapore are also highly familiar to many Western businesses looking to invest in or expand into the country. This makes it easy to draw parallels between London and Singapore, as the latter is clearly aiming to attract a similar mix of businesses from all over the world to be part of its financial hub.

Singapore’s strict laws also ensure a fairly harmonious socio-political landscape and maintain steady currency fluctuation in the Forex markets, which is generally good for business. Additionally, its corporate legislation is open and accessible. Having said that, the city-state has recently been tightening rules for foreign workers, in a move that could dent some of its plans to break the financial monopoly of the West.

Singapore provides incredibly fast and easy business establishment procedures compared to other states due to a number of factors, which has helped the country develop both socially and economically. Effective government regulations and promotions have increased the ease of doing business, along with the provision of quality infrastructure, transportation and more.

This all explains why Singapore is consistently ranked in the top five of World Bank’s ease of doing business rankings. Plus, with English as its main language of business and Mandarin second, it makes trade and working with many others people around the world a lot easier.

The Singapore stock market is one of the strongest in Asia, with over 700 listed companies on the Exchange. This has attracted much investment from inside and outside of Singapore, helping it to grow. While it is not at the same level as the FTSE or Dow Jones, it still signifies the growing stature of the country’s financial prowess.

The Singapore dollar is a relatively minor currency compared to other major currencies such as the Japanese Yen, US Dollar or Euro, but it proves to be a popular choice on Forex trading platforms. It has also strengthened as the country’s financial centre has grown and as it continues to attract future investment then its currency will make gains with it.

This article was contributed to us by Marcus Turner Jones. Turner Jones graduated in Economics from the University of Sheffield before working in London in the finance sector. He now lives in Buenos Aires as a freelance writer and investor with his dog, Luna.