A Better Way To Pay Your AXS Bills? Here’s Why The Quiet Addition Of GrabPay Is Great News For AXS Users

Previously, only some credit cards were accepted on the AXS m-Station app, plus you can’t earn any cash rebates or miles from the card transaction. But with a quiet update, the situation is now very different – for the better. 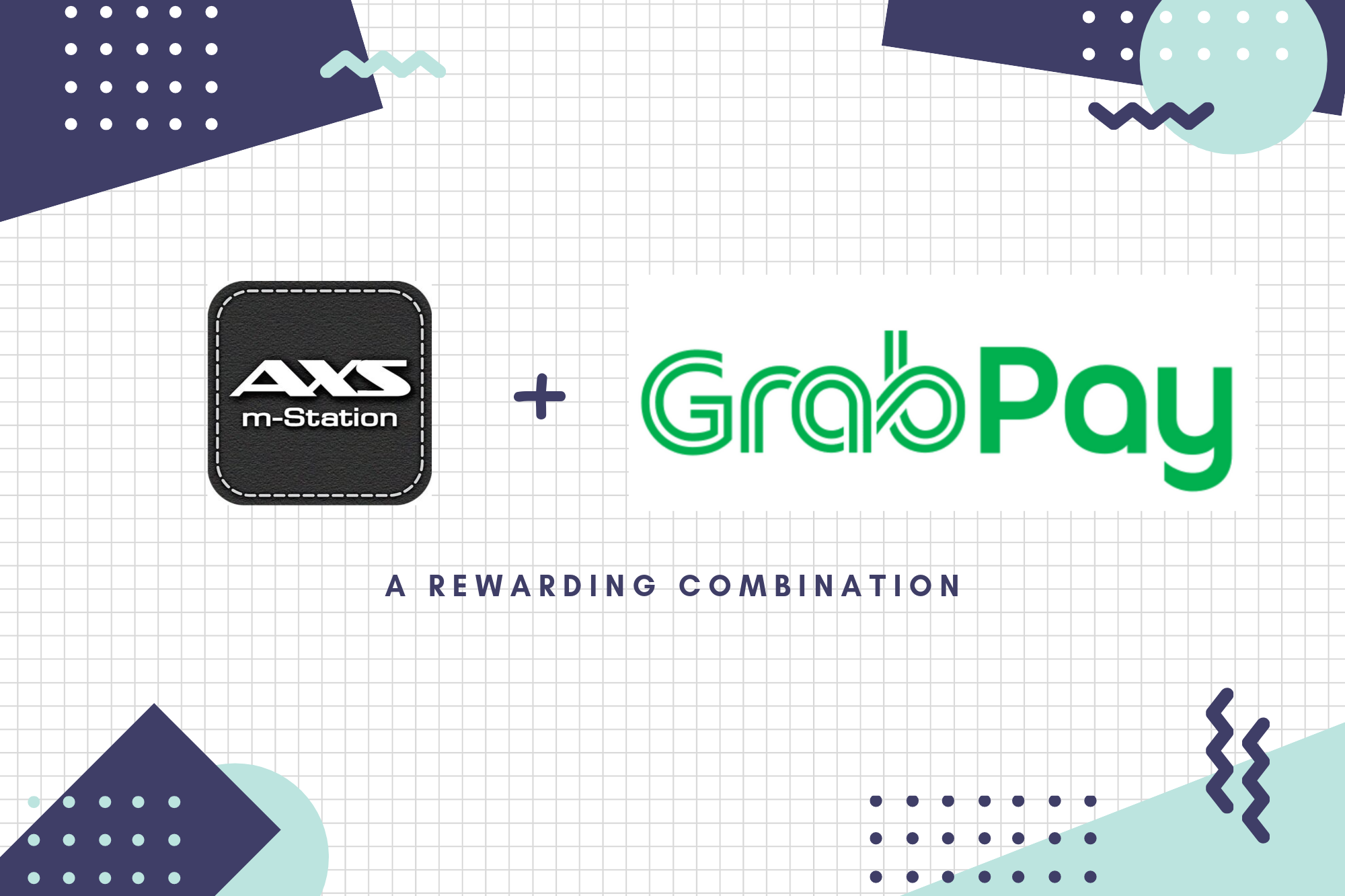 Without any doubt, AXS is one of the most widely-used bill payment platforms in Singapore.

Starting with introduction of the standalone AXS Station kiosks in 2001, AXS has now expanded its offerings with both online and mobile app (m-Station) payment. With the AXS m-Station app, Singaporeans can now pay their bills or fines, including those from government agencies or public institutions, right at the convenience of their smartphones anytime and anywhere.

Unlike the kiosk which accepts only bank ATM cards, AXS m-Station provides multiple payment modes, such as PayLah, eNETS and credit cards. While the credit card option seems to be attractive, it comes with its own limitations.

For instance, only credit cards from Citibank, DBS/POSB, UOB, OCBC banks and Diners Club, as well as MasterCard-label credit cards, are accepted, rendering other cards (such as American Express or UnionPay cards) inapplicable for usage.

Read Also: The Pros And Cons Of Using CardUp For Your Recurring Bills

In addition, AXS transactions are often excluded by card issuers as an eligible spend towards cash rebate or miles accrual, including transactions on AXS m-Station.

However, the quiet inclusion of GrabPay in August as a new payment mode in AXS m-Station may perhaps change the rules altogether. Let us explain how so in this article. 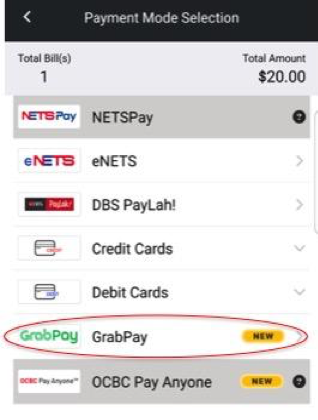 Frequent users of Grab will know that they are able to use almost any credit card to top up their GrabPay wallet for payment on Grab rides or at selected merchants and hawker stalls. 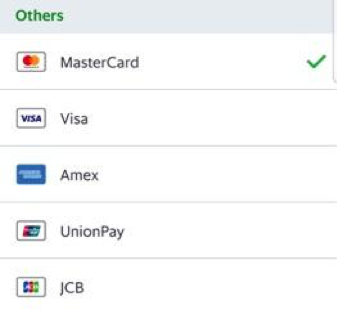 The inclusion of GrabPay as a payment mode means you are no longer confined to using only MasterCard credit cards or credit cards issued by the forementioned banks for the payment of bills using AXS m-Station.

In fact, you are now able to use other cards such as American Express, JCB or UnionPay cards to pay your bills, albeit indirectly.

The trick here is similar to paying for rides and purchases: simply to top up your GrabPay wallet using your preferred credit card and, in turn, use GrabPay on AXS m-Station to pay your bills!

If topping up your GrabPay wallet before paying your bills on the AXS m-Station app is not a hassle, this may be a welcoming change for you.

The good news is you can skirt around this restriction. All you need is simply by topping up your GrabPay wallet, before choosing it as a payment option on AXS m-Station. This step makes it possible to earn cash rebates and miles on your credit card for bill payments via AXS.

While your preferred credit card should award you cash rebates or miles for every dollar spent on topping up your GrabPay wallet, there are some ongoing tie-ups between Grab and card issuers that will make your bill paying experience with GrabPay enticing.

For those who prefer cashback, you should take advantage of the ongoing UOB x Grab promotion on UOB One Card. During the promotional period, an additional 5% cash rebate will be awarded on all Grab transactions, including GrabPay top ups, on top of the quarterly cash rebates awarded for eligible monthly minimum spending on the card.

For those who prefer to earn miles, you should look towards American Express. Amex’s range of KrisFlyer credit cards are now offering additional two miles (on top of the usual miles awarded) for each dollar charged on all Grab transactions, including GrabPay. The offer is capped at the first S$200 charged on Grab transactions in each calendar month.

Read Also: 7 Online Shopping Hacks That All Singaporeans Should Use To Save Money

How To Use GrabPay With m-Station

If you’re sold on the advantages of using GrabPay, you will be glad to know that using GrabPay on AXS m-Station is a fairly easy process.

As a start, once you are done with entering the payment details of your bills, all you need is to choose GrabPay as the payment mode upon prompt.

The transaction is complete once you have confirmed the payment details.

Read Also: 7 Useful Apps And Services Every Savvy Singaporean Should Already Be Using To Save Money

With all good things in life, there are some exclusion you will need to take note of when using GrabPay on AXS m-Station.

Firstly, like the existing credit card payment mode, GrabPay cannot be used to settle any loan and credit card bill payments. For these transactions, you will be required to use other modes of payment, such as a MasterCard debit card or eNETS, for instance.

Notwithstanding the exclusions however, GrabPay can be used for bill payments to many institutions and billing organisations, such as: 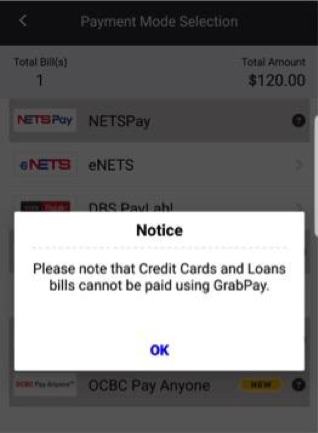 Secondly, do note that GrabRewards points are not issued for AXS payments. According to the Grab’s terms and conditions, merchants that are not eligible for GrabRewards points include bill payment services and aggregators, a category which AXS falls into.

Lastly, do note that there is a spending limit of S$5,000 on unverified GrabPay Wallet. If you intent to use GrabPay as a primary payment mode, you may wish to increase your limit by  verifying your identity with Grab using MyInfo via SingPass.

That said, we believe the amount of additional miles and cash rebates that you will earn from your credit card via GrabPay should offset the disappointment from the exclusions and limitations.

The introduction of GrabPay on AXS m-Station will certainly change the way how we will pay our bills. As regular consumers, the payment mode empowers us with more choices, albeit in an indirect fashion. Despite the limitations and exclusions, a new avenue is created which allows us to earn credit card cashback and miles on for paying bills, which was once impossible.

Who are the winners of this game? For now, it’s us.

Battle Of Miles Cards In Singapore: OCBC 90°N VS Citibank PremierMiles VS DBS Altitude
Snowball Vs Avalanche: Which Is The Best Method For Paying Off Your Debts?