" > A guide to understanding a Research Report: Part 1

A guide to understanding a Research Report: Part 1 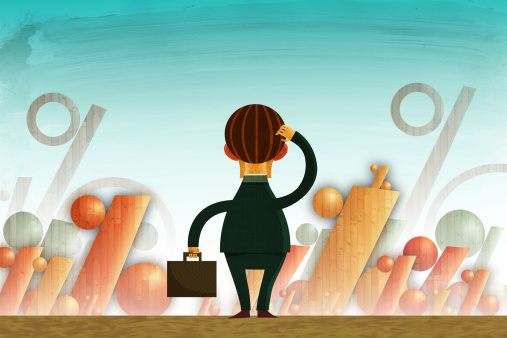 In this article, we will cover the basics of what an analyst’s report contains, how to interpret the report, and some problems and benefits of it.

Many of those who are already interested stock investing would be somewhat familiar on how an analyst report looks like. An analyst report typically comes with information such as:

What it means: The ratings

The information contained within a report is usually self-explanatory, aside from the ratings:

In recent times, there has been a proliferation of jargons that newcomers may not instantly recognise apart from the rudimentary “Buy”, “Sell” or “Hold” calls. Some of these common terms include “Overweight”, “Underweight” and “Neutral”.

Overweight – An Overweight rating is somewhat similar to a “Buy” call. The analyst thinks that the stock will perform better than the average of its peers in the sector. Hence the recommendation from the analyst is to have it overweight as compared to benchmark portfolio, a.k.a you should have a greater proportion of this stock in your own portfolio as compared to the benchmark portfolio.

Neutral – The analyst think this counter will simply track the average returns of the benchmark portfolio.

Do note that some complications may arise from the interpretation of some of these ratings and recommendations. This is because a “Buy” call in one institution could be the equivalent to a “Strong Buy” in another institution. Different firms have different rating systems and it is advisable to know the rating system being used in the firm’s report.

Benefits: How do we use the information?

A report provides a detailed summary of the company’s industry and operations, as well as key financial figures and potential implications for the company in the near future. It greatly reduces the time retail investors like you and I need to research and understand a company.

There exist empirical evidences suggesting that trades based on ratings might work if executed quickly after reports are issued. Similarly there are also other empirical evidences suggesting reports do not sway markets. It is really up to the investors themselves to be responsible in deciding on how much weightage their investment decision would be based on these reports.

Reports also help highlight smaller companies who have a historical trend of good performance. This is useful, as retail investors might otherwise not know these companies even existed.

When reading such reports, bear in mind that the analyst do not know us, and that the information is seldom tailored to our unique investment needs. These reports were created for the general investing population and based on broadly set parameters. If you have a family, a car, a house and a bunch of commitments, you would not treat the “Buy” call as someone else who has little financial commitments.

Also note that “Buy” calls are far more prevalent in the industry than “Sell” calls. This is not surprising since analysts usually have close relations with the companies they cover. “Sell” calls are also not likely to be traded upon as aggressively as “Buy” calls, thus being less profitable for the brokerage firm that the analysts work for. There are many other reasons as well which we cover in future articles.

Here at DollarsAndSense.sg, our personal opinion is that the actual rating of the report, which is the main reason why it was generated in the first place, might actually be the least useful information within the report.

Financial figures and the investment commentary provided by the analysts might be more useful in providing relevant information to retail investors reading the report.

Do read a previous article If you are keen to find out more about investing in other asset classes aside from stocks. Continue to follow us on Facebook to stay in touch with future articles that we have on investing!