6 Things You Need To Know About Axie Infinity, CryptoKitties and Other Play-to-Earn Crypto NFT Games 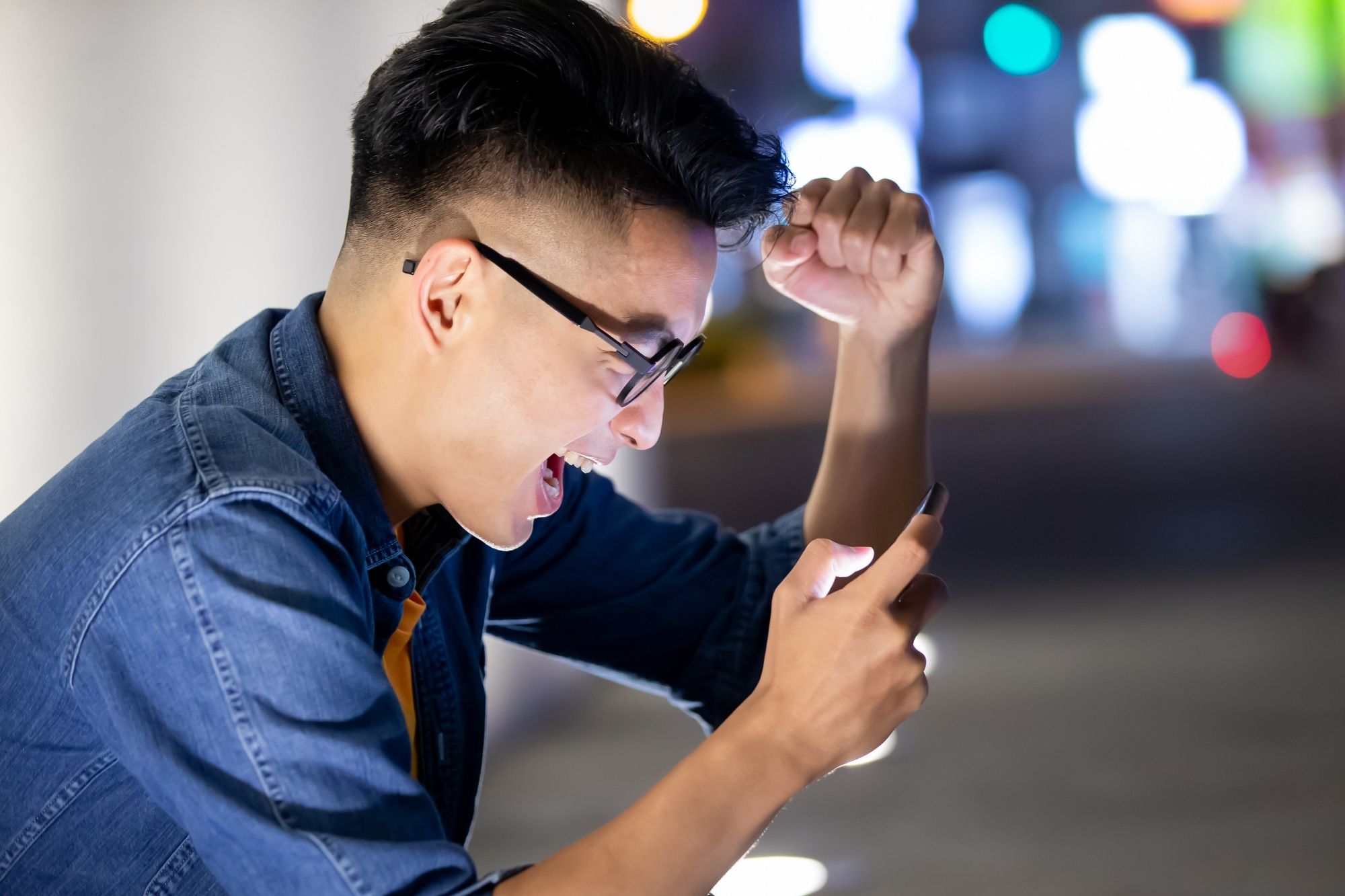 Gaming has come a long way from the days of being deemed as an activity that holds no future to being a legitimate career and industry. The revenue generated by the gaming market is about $90 billion for mobile gaming alone in 2020. Competitive esports has also made it possible for gamers to earn a living from gaming professionally.

What Is Play-To-Earn NFT Games?

Play-To-Earn NFT games are a combination of conventional gaming with non-fungible tokens (NFT).

If you have played MMORPGs such as World of Warcraft, you know that in-game assets can have real-world value. People would pay real money for in-game currency, powerful characters and special items.

In NFT games, the in-game assets are tokenised to NFTs. This makes them unique and trackable. Players can claim ownership of these digital assets through various game mechanics such as breeding, unlocking and earning or purchasing.

Read Also: Guide To Investing In NFTs (And Why Jack Dorsey’s First Tweet Is Worth Millions)

How Can You Earn Money From A Play-To-Earn NFT Game?

To illustrate, let’s use the example of Axie Infinity which is currently the most popular NFT game with a 30-day revenue of $360 million.

#1 Buying and Selling Your NFTs

Axie Infinity is a Pokemon-style game where you breed or buy Axies to battle and earn rewards. Think of each Axie as a Pokemon, except you can’t catch them, you have to breed or buy them off another player/breeder. Each Axie is also an NFT, meaning each Axie is unique. Even if there is another Axie that has the exact same stats as your Axie, the two Axies are different and their ownership is tracked separately on the blockchain.

You can sell your Axie on the marketplace and because you have full ownership of the NFT (your Axie), all the profits go to you. The game developer (Sky Mavis) doesn’t take a cut from the NFT sale. The buying and selling of NFTs (Axies) is one way you can earn money from an NFT game (Axie Infinity).

Using your Axies, you can battle on Adventure Mode (PVE) or in the Arena (PVP) to earn Smooth Love Potions (SLP). Smooth Love Potion (SLP) functions as the in-game reward where it is used to breed new Axies and is also a cryptocurrency that is transacted on crypto exchanges. Players can either keep the SLP and use it to breed better and more powerful Axies or sell the SLP for other cryptocurrencies or fiat money.

Playing the game and earning the in-game rewards which are tokenised is the second way you can earn money from Axie Infinity. This may not be true for all NFT games. For example, CryptoKitties is a pure collecting NFT game that doesn’t have a gameplay reward system.

Now, that you have some understanding of Play-To-Earn. Here’re some things you need to be aware of before you start playing.

#1 You Most Likely Have To Pay To Start Playing

For Axie Infinity, to start playing the game, you need to gather a team of 3 Axies. Currently, in the marketplace, the starting price of a decent Axie is around 0.1 ETH or about US$300. This means you need about 0.3 ETH or about US$1,000 to start playing the game by buying your Axies. While free Axies exist, they are not a recommended way to start the games as usually their stats are so poor as to be unplayable even on the easier PVE mode and they are also frequently snatched up by other wannabe players.

Another way to start playing to convince someone else to sponsor you the starting Axies. The high cost of entry to the game has spawned a new concept of “scholarships” where managers loan out their excess Axies to players and profit-share the earned rewards – SLP tokens. Unsurprisingly, convincing a stranger to sponsor you is difficult and new wannabe players often post elaborate applications to convince a manager to sponsor them.

All NFT games are based on an underlying cryptocurrency. For Axie Infinity and CryptoKitties, the NFTs are transacted in ether or ETH on the Ethereum blockchain. This means that even if the value of your NFT remains constant, the value you can sell it in real money (fiat currency) will fluctuate based on the price of ETH.

Read Also; Coinbase: 5 Things You Need To Know About This Cryptocurrency Exchange Platform Before Investing In Its Stock

#3 The NFT Value Is Determined By Supply, Demand And Its Collector’s Value

In the case of Axie Infinity, the value of your Axie is determined by how rare it is as well as its stats which affect how easily you can win the battles. Just like how the legendary Pokemons are more sought after, rarer Axies commanded a higher value. The most expensive Axie (Angel) sold for 300 ETH in late 2020, its value then was around US$130,000.

Similar to collectible cards, NFT value is determined by the community and its collector’s value. CryptoKitties is an NFT game that is all about breeding, there are no gameplay mechanics like battling. Yet, the most expensive CryptoKitty (Dragon) sold for 600 ETH or US$172,000 in 2018.

For any NFT game, the NFT only has value that people (who are in the game) want to pay for. This applies not just to the most expensive Axie but also the price of entry-level (“floor”) Axies which are what new players purchase to enter the game. As Axie Infinity grows in popularity and more players want to join the game, the price of “floor” Axies would also increase, assuming that the supply of new Axies remains constant.

#4 The Game Developers Can Change The Game Mechanics

Yet, one that most people may not realise about NFT games is that the game developers can change the game mechanics and so affect the perceived value (demand) and even supply of the NFT and the game’s cryptocurrency.

Most gamers are quite familiar with game developers’ tendency to change game mechanics, especially for PVP games. For example, popular games such as Overwatch, frequently see a change in the game dynamics when a new character is introduced or existing characters are changed. This happens as the developers try to balance the game and reduce or “nerf” the abilities of overpowered characters or add new characters to increase the game’s novelty.

This means that if the game developer decides to introduce a newer rarer type of Axie or CryptoKitty, it is possible that the value of the most expensive Axie (Angel) or CryptoKitty (Dragon) sold may drop in value.

Additionally, for play-to-earn games, any change to the game mechanics can greatly reduce the amount a player can earn from the game. Recently, Axie Infinity made a change in the amount of SLP earned in PVE and PVP mode with a larger allocation to PVP mode. This upset many players because it became much harder to earn the same amount of SLP with the same amount of game time. Yet, the developers had to make some kind of change to the game because the huge influx of new players and even bots to the game had caused a surplus of SLPs. There were too many players earning SLP but not enough SLP being used for breeding (which is the current only in-game use of SLP besides cashing it out).

On one hand, the game mechanic change was beneficial in stemming the devaluation of SLP due to too much SLP earned by all players. On the other hand, the change actually affected the individual player’s earnings.

#5 The Game Or The Network Can Crash, Pause Or Cease Operations Or You Can Be Banned

Just like any other game, a player can be banned or removed from the game for a number of reasons, including bot use, harassment, and hacking. While this doesn’t void your ownership of your NFT, you are unable to access them and thus cannot sell them even on other marketplaces.

Similarly, the game or the network that the game is based on can crash without warning. When CryptoKitties was first released in 2017, it caused a congestion on the Ethereum network so severe that there were calls to remove it from the network.

These issues persist today with newer games. The surge in popularity for Axie Infinity has caused server overloads causing players to be unable to log on and earn their daily rewards. A check on their official Discord server also indicates that the game is facing slow loading times and long queues for breeding due to server overload and other technical issues. All these would affect your overall gaming experience as well as the potential for earning from the game.

#6 You Can Be Taxed On Your Earnings

Currently, about 40% of Axie Infinity’s players are from the Philippines and the earnings from the game are reportedly sufficient to maintain a basic income for these players. However, as of 23 August, the Philippines’ Department of Finance has indicated that these earnings are taxable. While there’s no indication of a similar tax requirement in Singapore,  governmental regulations (even in other countries) can have an effect on the value of the game’s cryptocurrency and thus affect all players.

Play-to-earn games are an exciting application of NFTs and a new way of monetising gaming. However, do keep in mind that much of the revenue growth is driven by the growth in new players, driving up both the demand for the NFTs as well as the game’s cryptocurrency. All of the current play-to-earn games are also in their beta or alpha release meaning that you won’t see the same level of gameplay you may be used to in AAA games. Be mindful of the financial risks and don’t let a play-to-earn game become earn-to-play.

Index Trading & Shares Trading: What To Know About These Products Before Trading Them
The Difference Between A Market Cap And A Fully Diluted Market Cap In The Crypto World