Risk management is more important than ever in a risky, volatile economic climate. 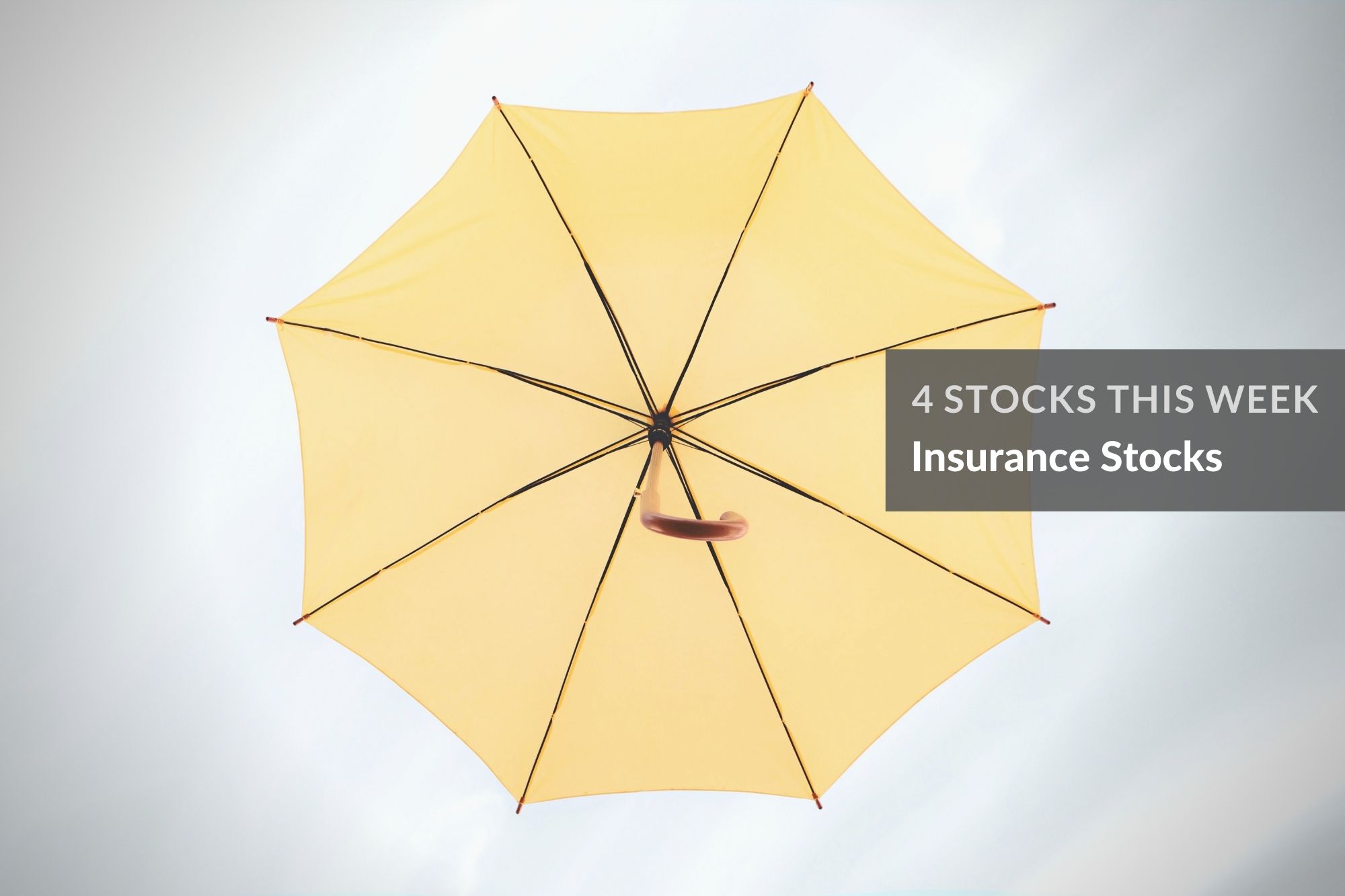 Just a week ago, a huge piece news was unveiled in Singapore’s insurance space. Aviva sold its Singapore unit to homegrown digital insurer Singapore Life (Singlife) in a deal valued at $3.2 billion, which makes it the largest of its kind in Singapore, and one of the largest in South East Asia.

Singlife has said that moving forward, it plans to continue expansion and seeks to list on SGX. Singlife founder and CEO told Reuters that: “Our ambition is ultimately to list in Singapore. As a publicly listed company of the future, that gives ownership of our firm into a much more broad-based community.”

For this instalment of 4 Stocks This Week, we will look at four listed companies that can provide investors with exposure to growth and opportunities in the insurance sector.

Prudential plc and its subsidiaries provide a range of financial products and services, as well as asset management services to individuals and businesses primarily in Asia, the United States, and the United Kingdom.

With a market cap of about $54.12  billion, Prudential is the largest capitalised company on the Singapore exchange, slightly inching out DBS’s market cap of $51.33 billion. Listed on SGX on 25 May 2010, Prudential’s primary listing in Hong Kong, as well as other secondary listings in London and New York.

On 8 September 2020, Grab revealed that it was in advanced talks with Prudential and AIA as it seeks investments to the tune of USD $300 to USD $500 million for its financial services unit, Grab Financial Group, which will allow Grab to expand beyond micro-insurance and micro-lending, into wealth management and beyond.

Read Also: Singaporeans’ Guide To Understanding How Micro-Insurance Works – And Why It Might Be A Game-Changer

Great Eastern is the insurance arm of Oversea-Chinese Banking Corporation (SGX: O39), which owns about 87.91% of the company.

Founded in 1908, Great Eastern operates in Singapore, Malaysia, Indonesia, Brunei, and has a presence in China and a representative office in Myanmar. It currently has over $90 billion in assets and more than 8 million policyholders, including 5 million from government schemes.

In July, the company announced that its net profit attributable to shareholders for 2Q2020 was $297.5 million, up 76% year-on-year. The company attributed it to “higher Operating Profit and the higher valuation of investments as a result of improved financial market conditions during the quarter”.

In a media release, Group CEO Khor Hock Seng said that sales in core markets were affected by safe distancing measures, especially bancassurance channels, since sales activities at bank branches were restricted. However, the “agency force in Singapore was able to adapt swiftly and transition to operate digitally on the back of the major digital and technology infrastructure initiatives… [which] helped to cushion the impact of restricted sales activities.”

Singapore Reinsurance Corporation Limited, or Sing Re (as they are more widely known), operates as a general reinsurance company in Singapore, Malaysia, Greater China, the Middle East, and the Indian Sub-continent.

The company had published insurance reviews, directories, and magazines, such as the Asia Insurance Review and Middle East Insurance Review, through its subsidiary INS Communications Pte Ltd.

As explained in Sing Re’s FY2019 annual report, “digital and social media presented “huge challenges as new entrants with no legacy issues can easily foray into the field” and that “competition in this arena has increased”. Thus, on 17 August 2020, the company announced the sale of its entire stake in INS Communications Ptd Ltd, and a renewed focus on its core operations.

Read Also: Options To Consider If You Can’t Afford To Pay Your Insurance Policy Premiums During Times Of Financial Hardship

United Overseas Insurance (UOI) is a subsidiary of United Overseas Bank (SGX: U11), which owns 58.39% of the company. It engages in underwriting general insurance and reinsurance in Singapore, the ASEAN region, and around the world.

In the personal segment, their offerings include travel, personal accident, home protection, foreign domestic worker, and motor insurance products. In addition, through an acquisition, UOI has a Takaful arm, allowing them to provide Islamic financial assurance to address misfortunes, accidents, or disasters.

Even though gross premiums decreased by $1.9 million or 3.2% to $56.6 million, mainly due to lower business activities caused by the COVID-19 pandemic, this was partially offset by decrease in management expenses by 4.4% to $6.5 million due mainly to financial support under the Jobs Support Scheme.

Read Also: [2020 Edition] The Richest In Singapore And How They Made Their Fortunes

Complete Guide To Investing In Corporate Bonds In Singapore
Syfe Equity100: Is This The Right Robo-Advisory Portfolio For Investors Who Want To Take On Higher Risk For Higher Returns?