For those who aren’t willing (or able) to make a multi-year or multi-decade commitment to buying life, critical illness, or personal accident insurance, there is now an alternative. Most of us understand how insurance works broadly: By paying premiums for our policy, we are assured of financial compensation in the event an unlikely (but financially impactful) event occurs.

However, because of how risk management works, the majority of insurance policies required consumers to follow through with their commitment to pay their premiums over years, and even decades, with the result of hiccups being potentially losing one’s coverage.

Thus, we can appreciate why Singaporeans in general still have a large life insurance and critical illness coverage gap.

For the segment of people who are not able (or willing) to make a long-term commitment or lump sum payment, there isn’t an alternative solution to still provide insurance coverage – until now, that is.

Read Also: 5 Reasons Why Many Singaporeans Have A Huge Critical Illness Protection Gap

As its name suggests, micro-insurance policies allow users to pay (comparatively) low premiums to be insured for a proportionally small sum.

To illustrate some of the unique features of micro-insurance, we will be discussing the newly-launched SNACK by NTUC Income, which allows users to accumulate Term Life, Critical Illness or Personal Accident coverage in increments of $0.30, $0.50, or $0.70.

Unlike a traditional insurance plan, where you have to decide on a desired sum assured, and begin paying for premiums monthly or annually at a fixed quantum, SNACK allows you to gradually build up coverage over time, at your pace.

For example, with just $0.30, you could get covered today for $321 (actual sum assured depends on individual factors, like age, smoking habits, and gender).

The $0.30 you paid is used to purchase a micro-insurance policy that covers you for a period of 360 days, even if you stop making future policy purchases on SNACK. Conversely, if you choose to, you can continue to add coverage over time, boosting your sum assured. 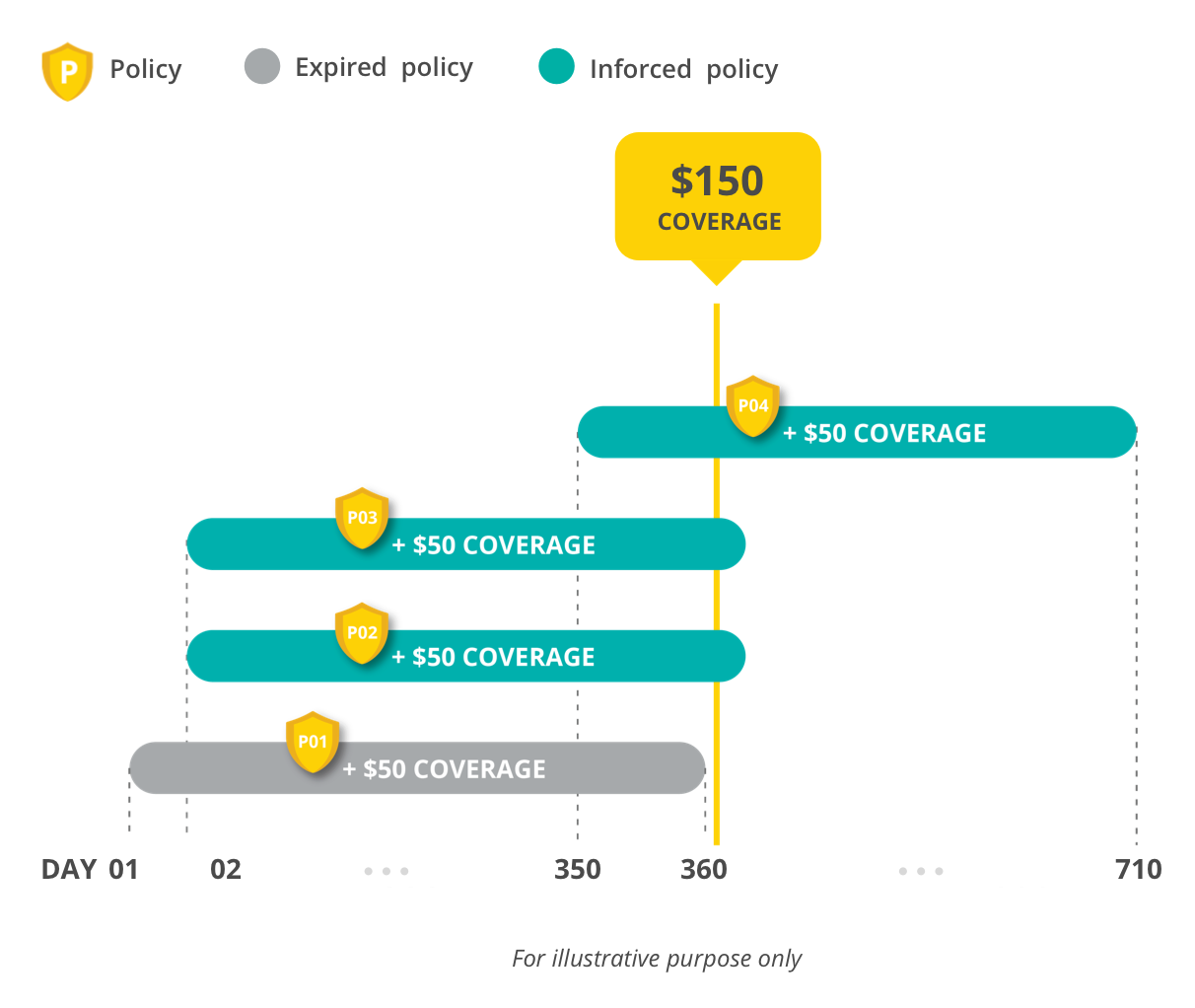 This, in a nutshell, encompasses some of the most exciting features of micro-insurance policies: 1) allowing consumers to start getting covered by paying fractions of what traditional policies require; 2) the ability to add to one’s coverage over time in a flexible, non-committal manner; 3) retaining one’s insurance coverage for a length of time, even if they stop paying for premiums.

Having been in the digital finance media scene for some time, I am usually sceptical of companies that go around loosely describing themselves as InsureTech, innovative or disruptive.

But with SNACK, NTUC Income has conceptualised and brought to market a unique insurance product that consumers can buy right now, begin receiving coverage and making claims right from their phones (Android or iOS).

Furthermore, this is just the latest iteration of NTUC Income’s attempts to reimagine insurance and solve pain points of consumers. Past experiments include Droplet (which covers part of your PHV ride if it rains) and their partnership with Grab (which allow drivers to set aside part of their fare earnings towards insurance coverage).

However, its current form, SNACK is at best a complement or stop-gap measure to existing term, critical illness and personal accident plans in the market. The major limitation currently is in the (limited) way coverage is accumulated.

Currently, you can only add coverage in bite-sized increments if you perform one of these lifestyle triggers: make an EZ-Link transaction on public transport, redeem a Burpple 1-for-1 offer, or log a certain amount of steps on your Fitbit device.

Visa integration has been announced, but this is still quite limiting, especially for people whose daily lives won’t hit any of the lifestyle triggers. NTUC Income has stated that this was by design, to allow for passive, gradual accumulation of coverage, but it would be nice (and more useful) to allow people to manually top-up their coverage whenever they want.

But if the innovations introduced by SNACK is a hint at things to come in Singapore’s insurance and investing space, then consumers can allow themselves to be excited. Is anyone interested in passively increasing their travel insurance coverage the more they shop overseas? Or how about building up their investment portfolio by Dollar-Cost-Averaging daily?

If that day comes, I’ll be among the first in line to try it out.