Besides airline companies, the aviation industry involves companies with businesses in catering, engineering and jet fuel. 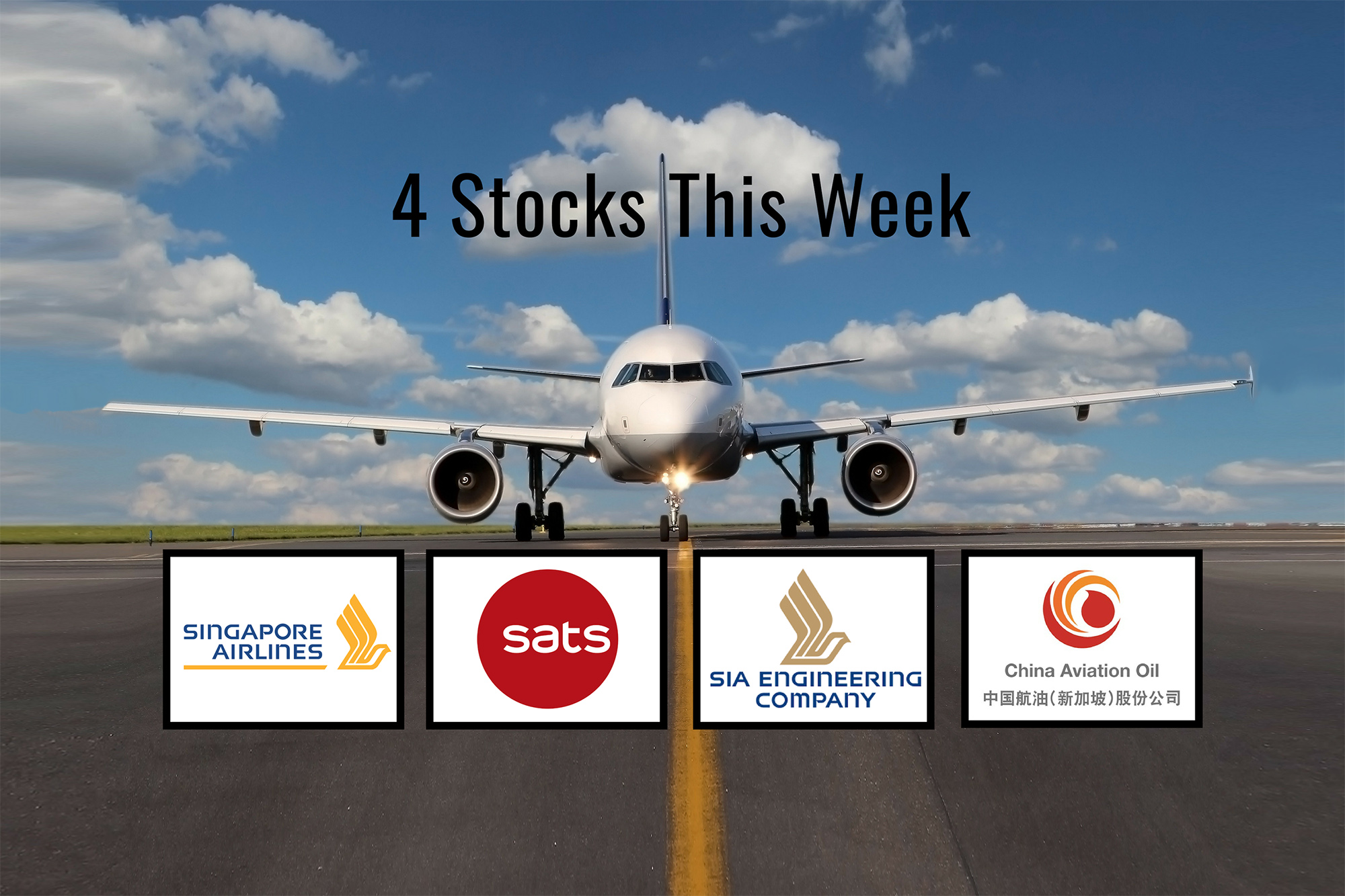 There has been a lot in the news recently surrounding the aviation industry.

#1 Changi Airport was recently crowned the best airport in the world for the 7th year running. Plans to upgrade Terminal 2 have also been announced.

#3 Unfortunate events surrounding Boeing’s 787 Max have resulted in the aircraft being grounded till further notice.

#4 Jewel Changi Airport will be opened on 17 April. Jewel is Changi Airport’s retail and lifestyle development with more than 280 shops and food and beverage outlets.

Here are 4 stocks on SGX that play a role in the aviation industry in Singapore and around the region.

Read Also: Non-Stop Or Connecting: Which Type Of Flight Should Travellers Choose?

Singapore Airlines (SIA) is Singapore’s national airline, closely tied to the Singapore identity. It has gotten numerous international accolades over the years, being named the World’s Best Airline at the 2018 World Airline Awards.

SATS has invested in new technology to reduce food waste by extending the shelf life of cooked food, with some food being able to be stored for up to 24 months. SATS has also extended its kitchen in Changi North, which is now able to produce up to 60,000 meals a day.

SIA Engineering (SIAEC) provides maintenance, repair and overhaul of aircraft to more than 80 international airlines worldwide. At Singapore Changi Airport, SIAEC provides line maintenance services to more than 50 airlines passing through Singapore. SIAEC has in-house workshops in close proximity to the aircraft to ensure that downtime from repairs is minimized.

Beyond Singapore, SIAEC is growing its line maintenance business in overseas countries such as Japan, United States, Australia, Hong Kong, Indonesia and Vietnam.

Jet fuel is a major cost for airlines. China Aviation Oil (CAO) is the largest physical jet fuel trader in the Asia Pacific region and the key supplier of imported jet fuel to China’s civil aviation industry.CAO supplies jet fuel to key international airports in China as well as aviation fuel to airlines at international airports outside of China. Besides jet fuel supply and trading, CAO also has key businesses in trading of other oil products and investments in oil-related assets.