This week, we look at Ascott Residential Trust; Keppel Corp; SGX; and CapitaLand Mall. They may have announced poorer results, but this does not always mean companies are in significant trouble after doing so.

On the back of the results season this week, 4 Stocks This Week column looks at companies that have announced a decline in its business. Although a lower revenue or profitability is a big red flag for investors, not all companies that announce declines in business are in trouble of going bust.

In fact, for savvier investors, they may represent good value if they believe the company will swing back into profits in the short-term future.

If you come across such companies or have interesting ideas, do give us a shout out and let us know why which companies these are via our Facebook page or email.

This week, geopolitical uncertainties continued to play on the minds of traders and investors. With America primed to show military strength in Syria and the Korean peninsula, upcoming elections in the Eurozone, including the major economies of France, the United Kingdom and Germany, adds further risks to the markets.

This resulted in a volatile week for Morgan Stanley Capital International (MSCI) All Country World Index (AWCI), an index made up of 23 developed markets and 23 emerging markets worldwide, which saw spikes and dips in its price during the week. Overall, it actually ended nearly 0.5% up closing at 446.54 on Friday (21 April 2017).

Singapore’s the Straits Times Index (STI) saw four straight days of declines before slightly rebounding at the end of the week. Overall, it closed off its week lows, ending 1.0% lower at 3139.83 on Friday (21 April 2017).

Ascott REIT, a residential trust with leading serviced residence with properties in 16 cities in eight countries across Asia Pacific, Europe, Australia and the US, announced its first quarter 2017 results on Friday (21 April 2017) after office hours. Any impacts from this set of results will only likely play out next week.

It posted a 5% increase in its revenue to $111.3 million. This, however, contributed to an 8% decline in its distribution per unit to $25.1 million its unitholders.

In its announcement, it mentioned that the reason there was an improvement in its revenue was mainly due to the acquisition of a hotel property in New York last year. And the decline in its distribution to unitholders was primarily due to an absence in a one-off gain that was taken into consideration last year.

This year, in March, it also announced that it would be acquiring two more serviced residence properties in Germany through issuing more units. This strategy of growing its portfolio base with quality properties that deliver good and stable returns that will improve its operational performance. 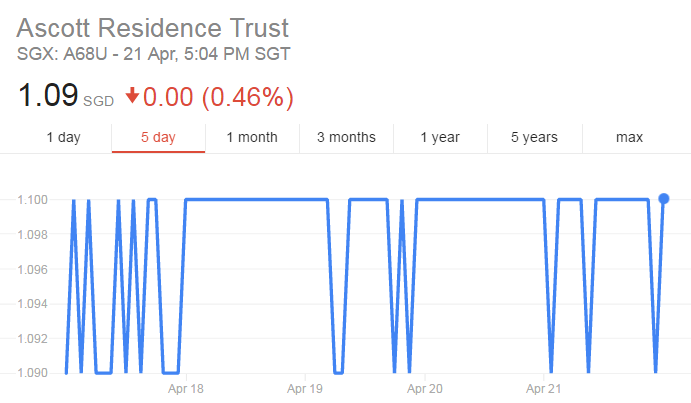 Keppel Corp announced a 28.4% decline in its revenue to $1.25 billion in its first quarter 2017 results on Thursday (20 April 2017). However, despite operation profit dipping 33% to $187 million, its saw a 23% positive swing in its net profit to $260 million. This was primarily due to the improvement in performance from its associated firms in the investment and property sector.

On Friday (21 April 2017), OCBC released a report putting Keppel Corp’s fair value at $7.36. Although this was slightly lower than its previous figure, it also stated that Keppel Corp was trading at 1.0 times its price-to-book value, which is lower compared to the 1.2 times it was trading at during the 2008 financial crisis.

Keppel Corp is a well-diversified company with operations across several geographic regions in Offshore & Marine, Property, Infrastructure, and Investments. This will add to its ability to ride out industry downcycles and focus on the long-term requirements in the industry and by its customers.

Along with its results release, it stated that despite improvements in oil prices, the offshore business remains challenging. It also touched on the long-term prospects urbanising Asia provides the company. With Keppel operating in many emerging and developing markets in Asia that is experiencing a greater need for energy on the back of urbanising populations, it stands in good stead to offer these solutions in the long-term. 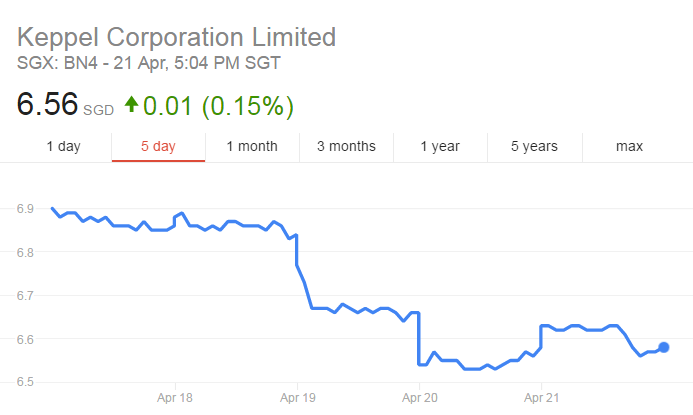 The Group’s equities and fixed income and its market data and connectivity saw stable performances with a 0.7% decline and 7.6% improvement in revenue respectively. Overall, this translated to a 6.5% dip in its net profit to $254.5 million.

SGX was recently part of a Bloomberg article that suggested it is looking for collaborations with Nasdaq and CME Group to boost its operations.

In the past week, the group lost close to 1.0% in share price. Looking further back, it has returned 4.3% since the start of the year. 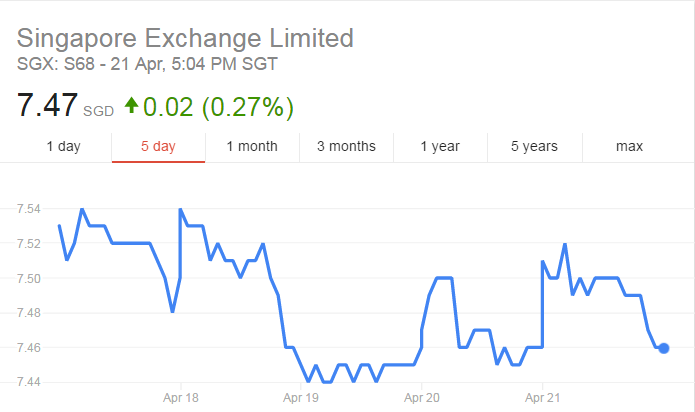 CapitaLand Mall Trust announced its first quarter results on Thursday (20 April 2017). For the first three months this year, it posted a 4.3% decline in revenue to $172 million. Despite experiencing a drop in occupancy rates to 97.7% from 98.5%, the main reason for this drop was due to the closure of its Funan Mall.

Grappling with the slower economy in Singapore, rental reversion also came in at a negative 2.3%. However, the REIT stands in the good shape compared to other peers as it owns some of the strongest mall properties in Singapore, including Plaza Singapura, Bugis Junction, Bedok Mall and Raffles City Singapore.

Its Funan property is also undergoing a revamp to modernize its look and feel, and once open will start contributing to its property income.

It also manged to keep its distribution at the same level as the preceding quarter last year at 2.73 cents.

This week, its share price ended marginally down. It has delivered a strong return of close to 6.1% since the start of the year. 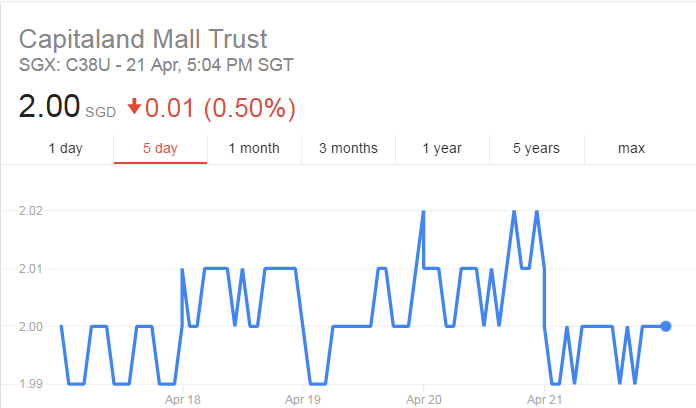