By the end of the year, SPH may no longer a listed company. 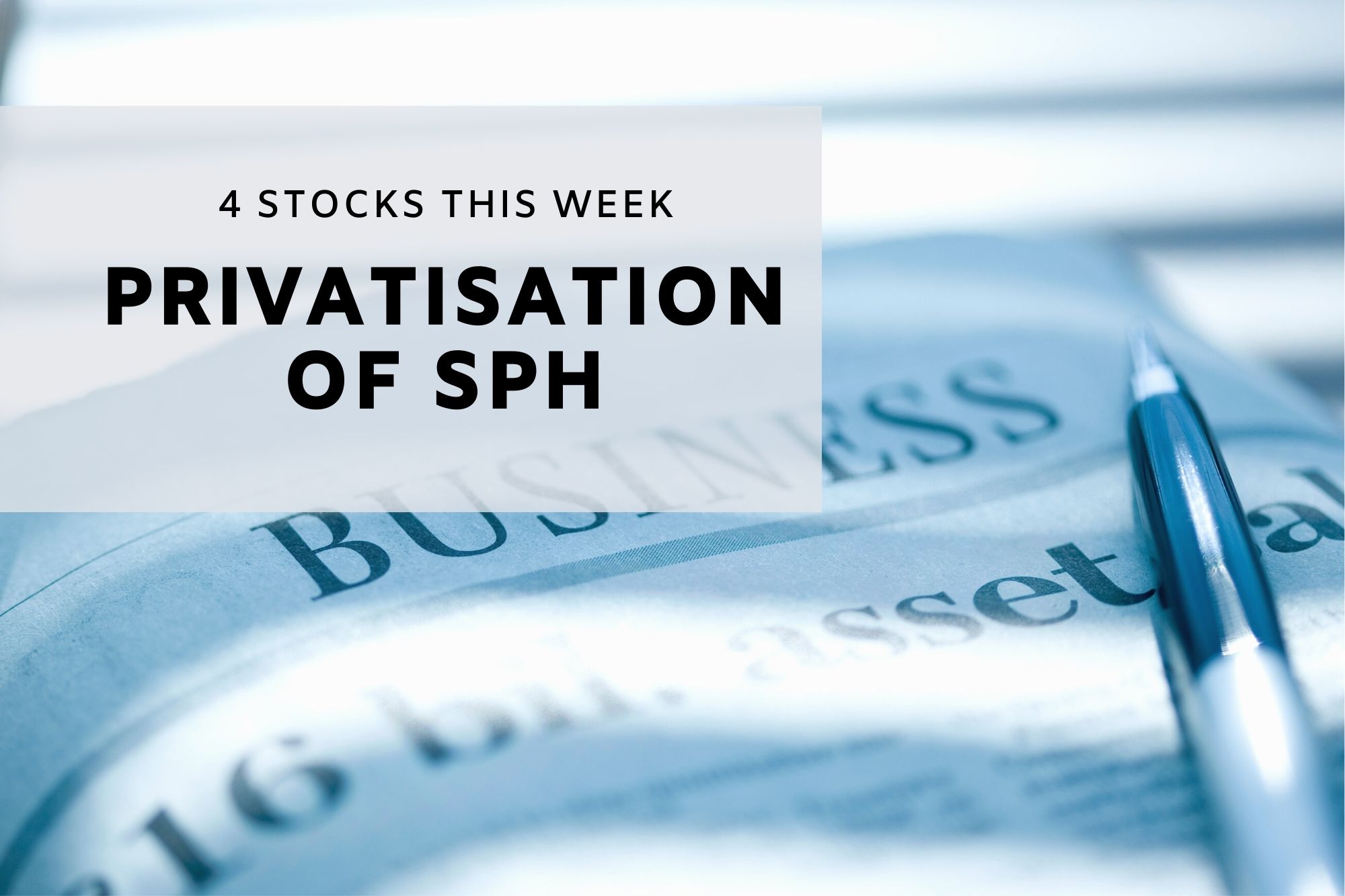 On 02 August 2021, before the start of the trading day, four companies requested a trading halt. These stocks were Keppel Corporation, Keppel REIT, Singapore Press Holdings (SPH), and SPH REIT.

Soon after, both SPH and Keppel released a joint statement for a proposed acquisition offer from Keppel at $2.2 billion for SPH non-media assets. SPH then followed up with a proposed $3.4 billion privatisation plan which involved the payment of cash, Keppel REIT and SPH REIT units to shareholders.

In this week’s edition of 4 Stocks This Week, we look at these four stocks that are related to SPH proposed privatisation.

Keppel Corporation (SGX: BN4) is a Singapore conglomerate that provides offshore and marine, property, infrastructure, and investment businesses. Nearly undergoing privatisation itself with Temasek in August 2020, Keppel’s prospects have since improved on the back of COVID-19 global recovery. In June 2021, Keppel also proposed a potential merger with Sembcorp Marine.

This week, Keppel has offered to acquire SPH for $2.2 billion for SPH non-media assets. The move was driven by three main reasons.

Secondly, the acquisition of alternative assets such as growing student accommodation and senior living sector would provide Keppel access to a new asset sector as well as the market in the United Kingdom and the United States.

Lastly, Keppel’s Pro-forma asset under management (AUM) can potentially grow by 27% from $37 billion to $47 billion which will help the company reach its goal of having an AUM of $50 billion by 2022.

The proposed payment of $2.2 billion will be split between a $1.1 billion cash payment along with a $1.1 billion payment in Keppel REIT units. The cash can be potentially drawn from the current cash position, borrowings, or a potential equity instrument. Keppel has assured that there would be an inflow of about $1 billion in cash due to their asset monetisation activities since October 2020.

The acquisition is set to be completed by end of the year, contingent upon the successful spin-off of the SPH media business.

As trading resume on Tuesday, Keppel’s share price remains relatively stable from the opening price of $5.53 as it closed at $5.44 this week with a market capitalisation of $9.899 billion.

In the proposed acquisition, Keppel has offered to pay about half of the offered $2.2 billion bid via Keppel REIT units. This would reduce Keppel’s holding on the REIT from about 40% to 20%. As shared in the Question and Answer (Q&A) session hosted by Keppel Corp, upon payout of Keppel REIT units to SPH shareholders, there would be no lock-up period to prevent sales of its units.

Keppel REIT unit price closed at $1.12 this week with little variation from the opening price of $1.16 on Tuesday. The total market capitalisation for the REIT is $4.11 billion.

Singapore Press Holdings (SPH) (SGX: T39) is Singapore’s largest listed media, managing media, properties, and other businesses. Since SPH’s removal from the Straits Times Index to its lowest at 0.99 cents, SPH has had a tumultuous time in the past few years due to the shifting media landscape. On 30 March 2021 on the back of the 1H2021 earnings report, SPH announced its plans to undergo a strategic review to ensure a sustainable future for SPH media while unlocking and maximise shareholder’s value.

Since then, SPH has announced that it would be spinning off its media arm into a not-for-profit company limited by guarantee (CLG). The prospect of SPH removing its loss-making segment helped the company’s growth prospects. On Monday, SPH announced its plan to privatise the company at a valuation of $3.4 billion. The total share consideration is $2.099 per share which is at an 11% premium of the last trading price of $1.88 on 30 July 2021.

The per-share offer would be made with three components, cash at $0.668, 0.596 SPH REIT and 0.782 Keppel REIT units. The REITs would be valued at S$0.715 per share and S$0.716 per share respectively. The SPH REIT units could be seen as shares that SPH shareholders already indirectly own in the first place as shown in the SPH analyst brief below. 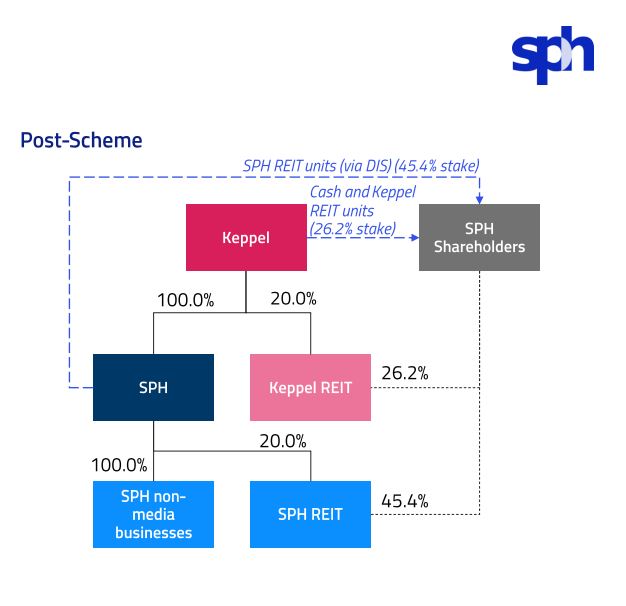 The share price of SPH also remained relatively stable despite the announcement. With a market capitalisation of $ 3.055 billion, the company closed at $1.90 this week.

Read Also: SPH Restructures Its Media Business: What Does This Mean For Shareholders And Potential Investors?

Currently, SPH owns about 66% stake in SPH REIT. Upon the successful completion of Keppel’s acquisition and privatisation of SPH, would be giving 45.4% of the SPH REIT stake to existing SPH shareholders while Keppel will acquire the remaining 20% of SPH REIT.

Allowing SPH REIT to be acquired and eventually managed under Keppel may prove to be a synergistic move with Keppel’s expertise in managing assets. In Keppel’s Q&A session, the board clarified that SPH REIT will remain listed upon the successful acquisition. However, there might be potential plans to integrate both REITs depending on the prospective synergies.

SPH REIT closed at 0.90 cents this week at a market capitalisation of $2.507 billion.

China’s Regulatory Clampdown – What Is Next For Investors To Look Out For?
The Mom Who Is Learning How To Invest, Vanny (@vannytelly) Shares Her Worries As She Starts Her Investment Journey