SPH’s core business used to be in the publishing of newspapers, magazines, and books in both print and digital editions. Moving forward, it will mainly be a property holding company. 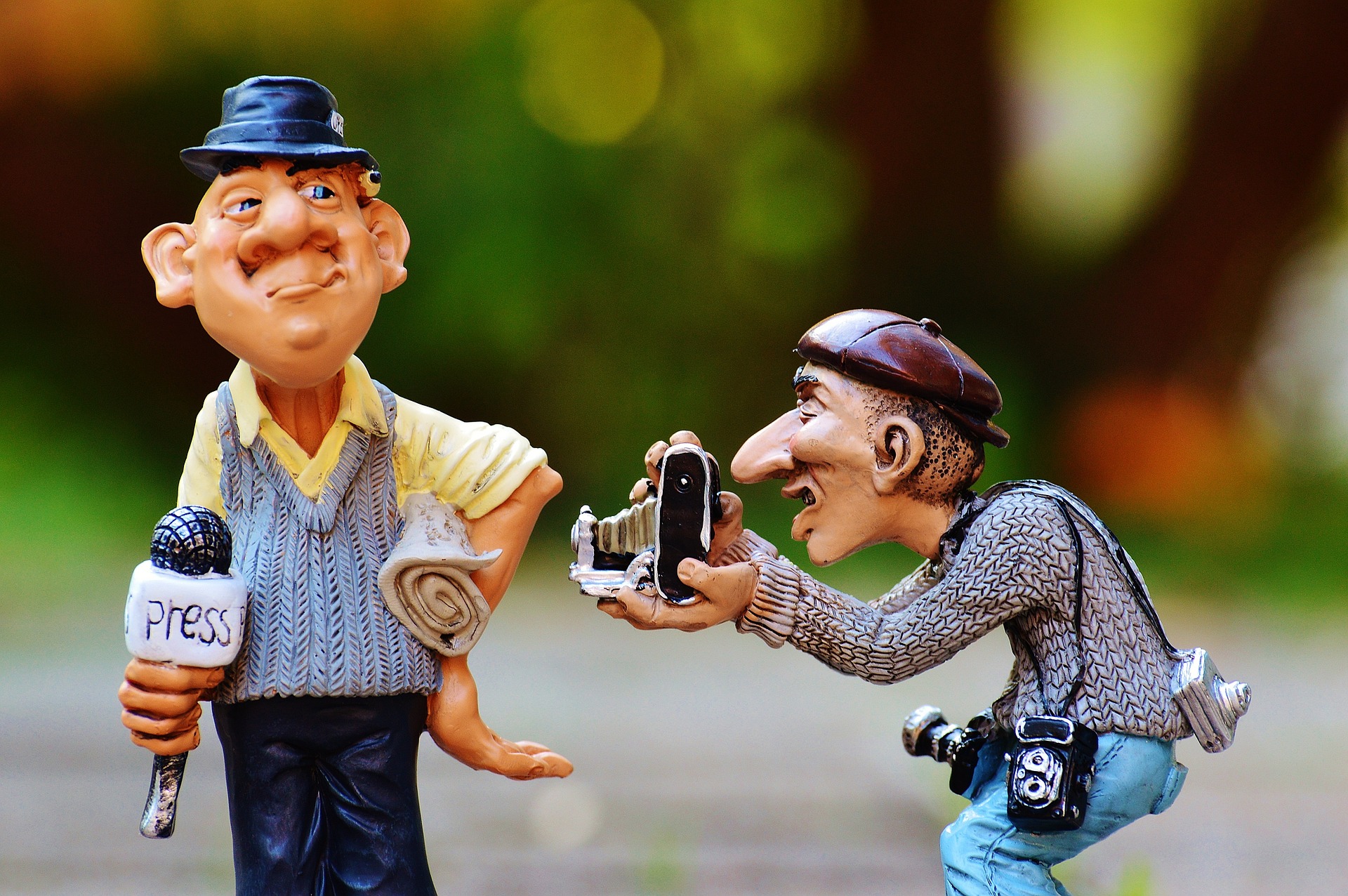 On May 6th, Singapore Press Holdings (SPH) officially threw in the towel in its efforts to salvage the profitability of its languishing media business. It announced it will carve out the media assets into a not-for-profit company (termed a CLG, or company limited by guarantee), pending shareholders’ approval.

The announcement rocked professionals within the media and communications industry because it signalled an uncertain future for cherished journalism brands such as The Straits Times, Business Times and Lianhe Zaobao. The Straits Times, in particular, is known as the nation’s newspaper of record, with a 176-year history and a reputation as a trusted voice for news of the region.

Since its listing on the Singapore Stock Exchange (SGX) in 1984 – the same year SPH was formed – the media business has been a lucrative one for investors up till the recent decade, because of its monopoly status. But its reputation as a blue-chip company has been hit hard in the past decade, with its stock price (T39) falling from around $4 per share in 2011, to around $1.50 in recent months on the SGX. The stock was removed from the Straits Times Index in 2020.

This decline in share price coincides with its dwindling circulation and ad revenue for the newspaper business, over the past decade. This has manifested in multiple rounds of retrenchments over the past years. The removal of the poor performing media business will help the listed parent company reduce losses.

More specifically, he noted that the restructuring will lift shareholding restrictions from the Newspaper and Printing Presses Act (NPPA) on SPH. This means the company can explore new ways to “restructure its capital and shareholding a way that is better optimised,” Dr Lee added.

What are the restrictions from the Newspaper and Printing Presses Act (NPPA)?

First, an explainer on the NPPA: This law was enacted in 1974 as a means of ensuring that local newspapers adhere to state interests. It does this by giving authorities the power to manage newspaper businesses, in granting licences and to approve the issuance of a class of ‘management shares’.

One result of the law is that it made SPH a monopoly. Following the merger of The Straits Times Press Group, Singapore News and Publications Limited and Times Publishing Berhad in 1984, all local newspapers have since been housed under SPH. This meant there was no newspaper competitor. One exception is Mediacorp’s TODAY in the early 2000s.

In terms of shareholding restrictions, the NPPA requires newspapers to implement two classes of shares: management shares and ordinary shares. Management shares are exclusive shares that can only be issued to individuals and corporations upon confirmation by the approving Minister. Each holder of management shares is entitled to 200 votes for each share.

Since 2002, the law was updated to state that no person shall “become a substantial shareholder of a newspaper company without first obtaining the approval of the Minister.”

The lifting of the NPPA restrictions means SPH can operate like any regular listed company and explore new ways to expand its business.

What’s next for SPH? 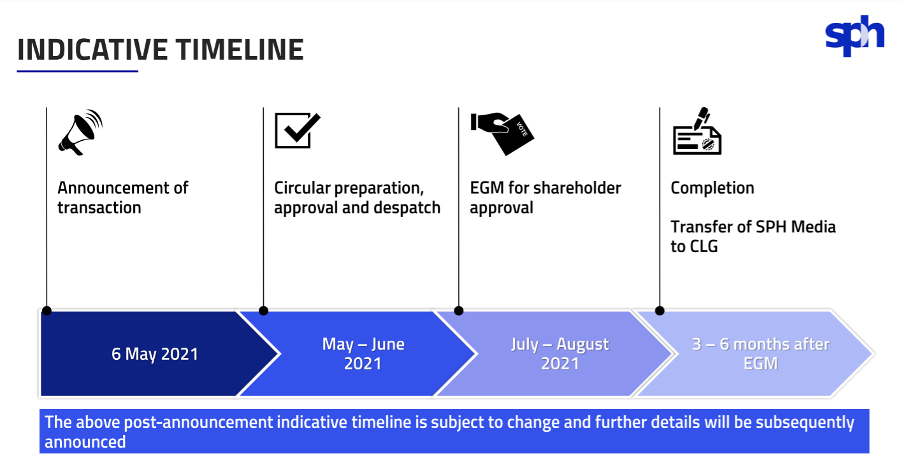 For shareholders, the vote for or against the restructuring will take place between July and August this year. The pain will be in the one-time capital injection of $110 million into the CLG (SPH media, that is) that comprises of S$80 million cash, and S$30 million in SPH shares and REIT units.

Once the media business is off the table, potential investors are looking at largely a property and aged care business. That said, SPH also has its hand in education, with a stake in pre-school MindChamps and enrichment programme provider Han Language Centre. In addition, SPH announced last year that it was taking a step into developing and operating data centre facilities, under a joint venture with Keppel Corporation.

Despite the digital disruption and the COVID-19 pandemic, SPH is not an unprofitable business. Even amid the troubles, the company reported $110.2 million in operating profit for the year ended 31 August 2020. This is down $76.9 million from the preceding year.

What remains of SPH after the possible restructuring? A look into its core property & aged care portfolio

With the media business transferred out of the listed company, what remains of SPH is largely a portfolio of properties and an aged care business. In their 2018 Annual Report, SPH’s chairman noted that the property business has since become the company’s “biggest profit driver”. Some of these properties are housed under SPH REIT, of which 65% is owned by SPH.

Here is a snapshot of some of the major property acquisitions and assets under SPH and the SPH REIT:

Paragon is a high-end shopping mall in the heart of Orchard Road. A Business Times report noted that it was first acquired in 1996 as “The Promenade for S$270 million and the Paragon by Sogo for S$682 million” before being redeveloped into the mall it is today.

The Clementi Mall is a neighbourhood mall located next to the Clementi MRT station and bus interchange. The building itself is a mixed-use structure, with HDB housing built above. The location and residential housing ensure that the mall has a steady stream of footfall.

Located along Upper Bukit Timah Road, this mall is a unique piece of property because it is a single-storey strip of shops, cafes and bars. This is rare in Singapore where land is scarce. The mall also boasts railway heritage structures situated near one of its access points.

A stake in two Australian malls

Through the REIT, SPH has an 85% stake in Figtree Grove Shopping Centre in Australia’s Wollongong region. Its anchor tenants are major supermarkets such as Coles, Woolworths, and Kmart. On its website, the mall says it sees over 4.6 million shoppers a year.

The Seletar Mall is another neighbourhood shopping centre located next to a rail station: Fernvale LRT station. Opened in 2014, the mall is a joint venture between SPH (70%) and United Engineers Limited (30%). According to SPH, the mall caters to “747,000 residents and a working population of 47,000 within 5 km”.

Besides malls, one new residential project under SPH is an integrated condominium and mall in Bidadari. The 99-year leasehold Woodleigh Residences and mall is set to obtain its Temporary Occupation Permit (TOP) in 31 December 2022. More than 50% of the 667 residential units have been sold, according to SPH’s 2020 Annual Report. The property reportedly features a connection to “Singapore’s first air-conditioned basement bus interchange”.

Student accommodation in the UK

Pre-pandemic, operating a student accommodation business in the UK – a popular destination for students the world over – might seem like a great idea. However, with remote learning and Zoom lectures being the norm, this sector is in the trough for the time being with student refunds reducing revenue. According to a Straits Times report, SPH has “25 assets across 15 British cities under the Student Castle and Capitol Students brands”.

Aged care in Singapore and Japan

In recent years, SPH has entered the aged care business through acquisitions of aged care business assets. This marks an expansion beyond media and property, in what SPH called a ‘third leg’ in its business. SPH first ventured into the aged care sector in 2017 by purchasing Orange Valley, a private nursing business, by investing S$164 million.

In February 2020, the company bought five aged care assets in Japan’s Hokkaido, Tokyo and Osaka. The country has a large senior citizen community, with nearly 30% of Japanese over the age of 65.

Read Also: Here’s Why Shareholders Are Losing Out In Unfriendly SPH Restructuring

Why Banks Today Need To Operate Like Technology Companies To Thrive In The Digital World
Singapore Salary Guide: How The Median Income Has Increased Over The Years (And Why This Figure Really Should Not Matter)