#2 Are HDB Flats Getting Smaller And More Expensive? 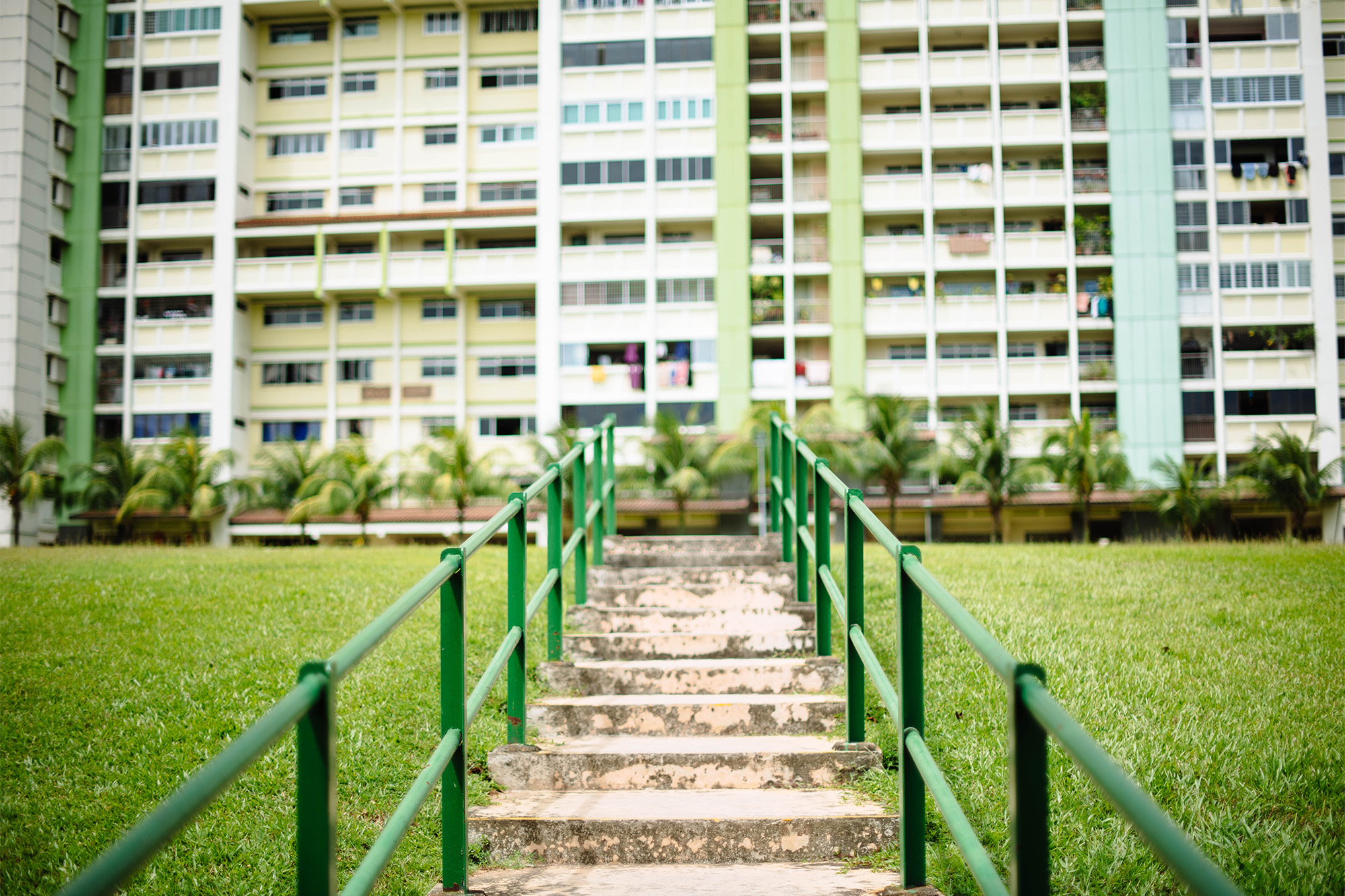 This article was contributed to us by Julia Chan and June Lim. Perspectives shared in this article are their own.

More than 80% of Singapore’s population live in HDB flats, with about 90% owning their own homes, but many of us may not be familiar with the answers to housing issues.

Here are some common questions which we attempted to find the answers to.

With HDB leases of up to 99 years, there has been much debate over whether we really own our HDBs or are simply long-term renters.

HDB homeowners do have clear privileges over mere tenants, adapted and summarised from this DollarsAndSense article on HDB Home Ownership  in the table below.

So, while we have limited 99-year leases on our HDB flat, we get to enjoy the many privileges of home ownership that tenants do not. This includes being able to monetise our HDBs or pocket the profits from selling them.

Read Also: HDB Home Ownership: Are You A Home Owner Or Simply A Long-Term Renter?

#2 Are HDB Flats Getting Smaller And More Expensive?

According to HDB, “The typical HDB flat today is indeed smaller in size than what it was 20 or 30 years ago. However, it has remained constant in size for the last 15 years, since 1997.”.

HDB flats are smaller now due to increasing land constraints. With our tiny red dot being home to an increasing population, Singapore faces land scarcity. But despite having significantly less land than Hong Kong, Singapore has more land set aside for residential purposes and also managed to ensure over 80% of the resident population are living in public housing. 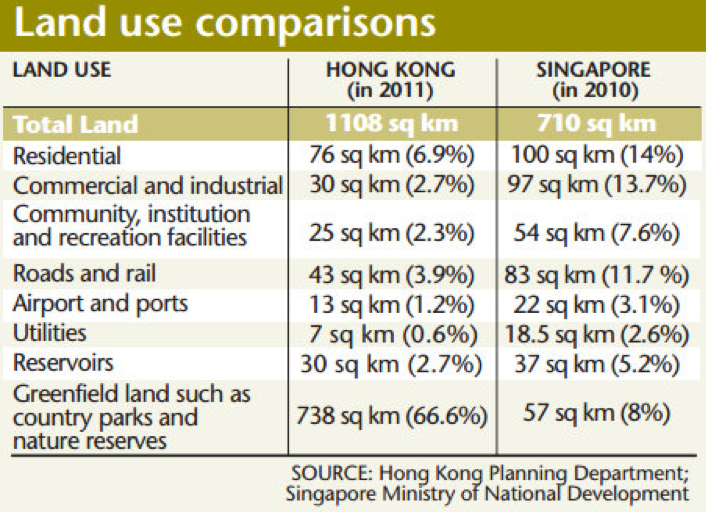 This success is due to several factors, such as our public housing policy of providing affordable, quality homes, with universal homeownership as an overarching policy principle, and the disbursement of grants and subsidies which reduce the costs of home ownership.

Another perspective to this question is looking at the living space per person, which has increased across the board from 1980s to 2000s. So even though HDBs have generally decreased in size, on average we have more space per person. 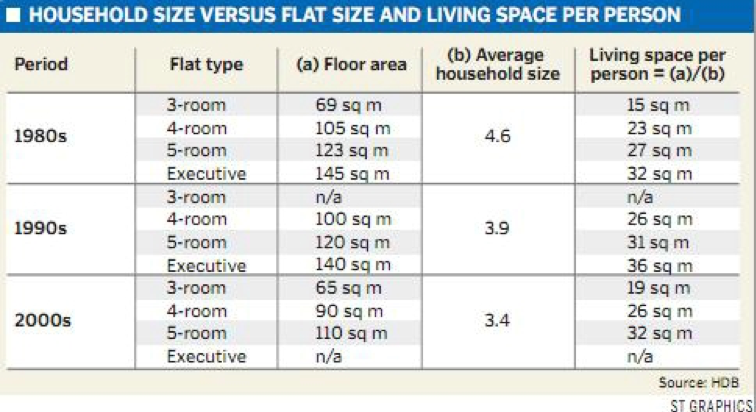 Our median monthly incomes have also risen over the decades, which helps us afford our HDB flats. 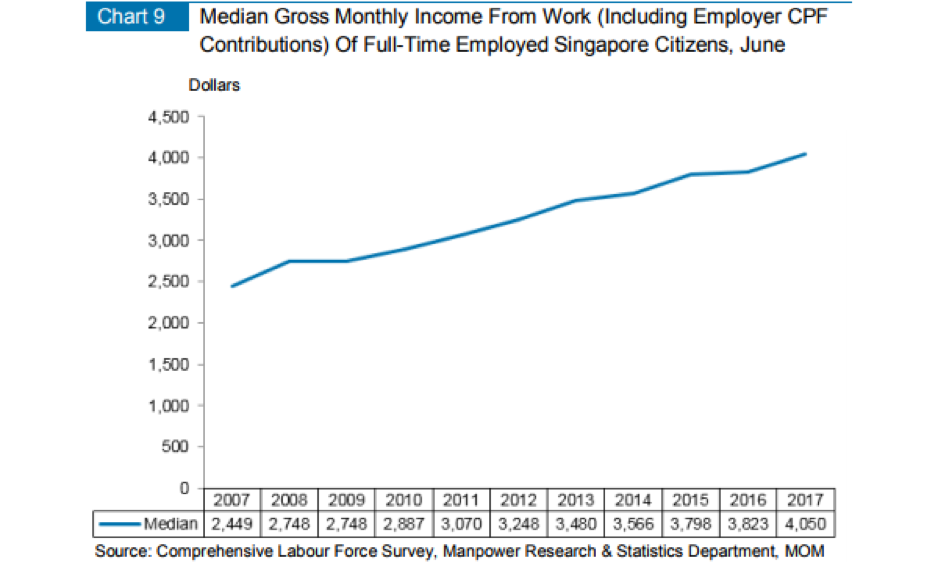 Although HDBs are smaller and more expensive due to land constraints and inflation, we do have more living space per person and HDB flats are more affordable due to higher median monthly incomes.

#3 How Do We Unlock The Value Of Our HDB Flats When We Get Older?

When we get older, we may need some cash for our retirement. We have a few ways to unlock the value of our flats.

As the leases of our HDB flats run out, the government has also announced schemes like the Selective En bloc Redevelopment Scheme (SERS), which gives us the opportunity to move to a new home with a new 99-year lease, and Voluntary Early Redevelopment Scheme (VERS), where the government will buy back older flats before the 99-year leases run out and compensate residents for the remaining lease so they can buy new flats with the proceeds if the majority of residents of the estate vote for it. 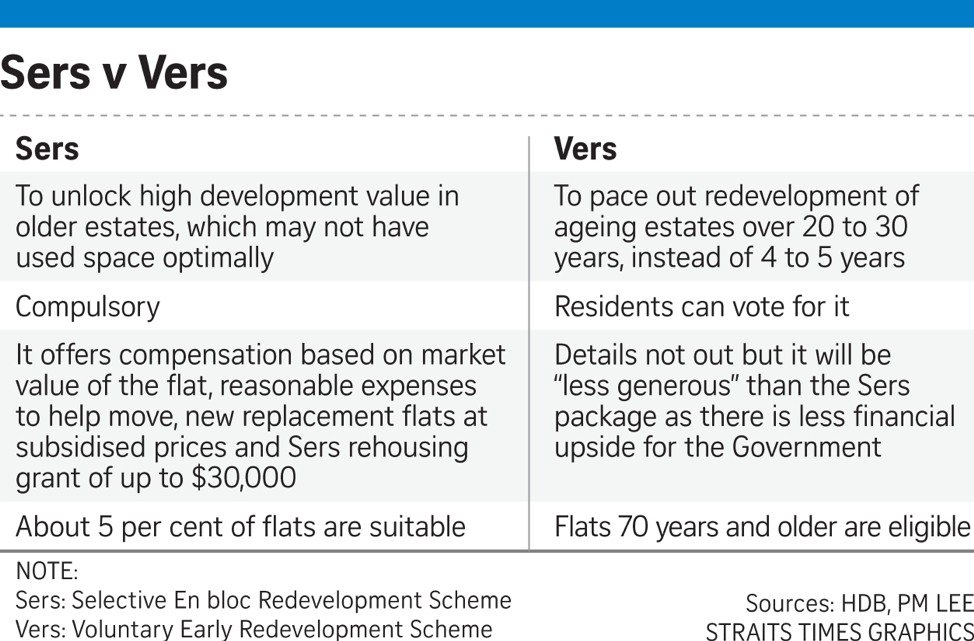 To help preserve the habitability of our flats and estates as they get older (and retain its value), there are also other schemes like:

In short, there are several options to unlock the value of our HDB flats before our lease runs out, and enjoy better quality of life as upgrades to our estate happen.

Read Also: Thinking Of Monetising Your HDB Flat To Support Your Retirement? Here’s A Complete Guide To All The Options Available

#4 Why Do We Have The BTO System Instead Of Just Buying HDB Flats When They Are Nearing Completion?

In 1997, before the Build-To-Order system was launched, the Asian Financial Crisis struck and demand for HDBs fell sharply. This left the HDB with 31,000 unsold units that took more than five years to sell.

When the BTO system was launched in 2001, buyers benefited from knowing the flat’s completion date, exact location of their flat and other detailed information which enabled them to decide if they wanted to take part in that particular BTO exercise.

If a BTO site demand exceeded 70%, HDB would know there is sufficient interest for this project and could start construction with the assurance of committed buyers, which reduces wastage of public funds and lessens the risk of unsold units.

With the BTO system, buyers are better off knowing where they will be staying and how much to save in advance. However buyers also have the option of buying flats which are nearing completion or via the resale market if they need a flat soon.

Editor’s Note: If you had one question you’d like ask HDB, what would it be? Let us know at [email protected]!

Julia Chan is a working mother who intends to survive till she can retire and travel around the world. She likes to explore diverse perspectives and uncover hidden treasures on her blog Jules the Traveller.