National Day Rally 2018: 5 Key Announcements That Might Affect You

Among the new announcements at the National Day Rally 2018 were the Merdeka Generation Package and Voluntary Early Redevelopment Scheme (VERS). 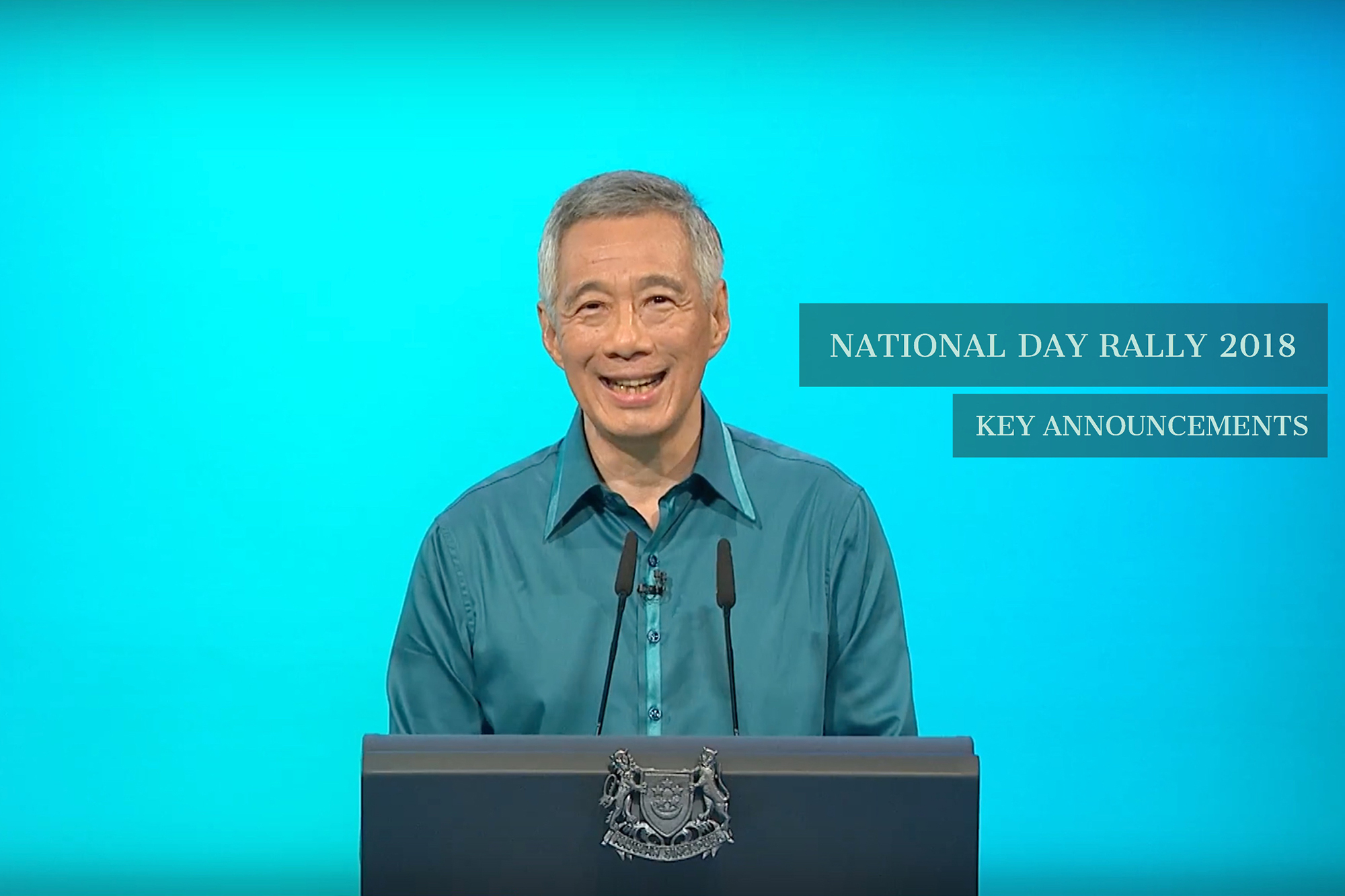 For those who didn’t catch PM Lee’s speech, here is a summary of the key announcements that were made, which revolved around two main themes of Healthcare and Housing.

# 1 Expansion Of CHAS For All Singaporeans With Chronic Conditions, Regardless Of Income

At this year’s National Day Rally 2018, PM Lee announced that CHAS will be extended to all Singaporeans with chronic conditions, regardless of income, and that the Ministry of Health will be making specific announcements on this in due time.

Read Also: Your Complete Guide To Healthcare Financing In Singapore

MOH has been building and upgrading polyclinics islandwide, including Punggol and Kampung Admiralty. By 2020, PM Lee announced that there will be additional polyclinics in Sembawang, Eunos, Kallang, and Bukit Panjang; and by 2023, in Nee Soon Central and Tampines North. This will improve accessibility to high quality, government-subsidised primary care.

Another area that the government has made enhancements to is the recently announced CareShield Life, which will be operational by 2020. PM Lee encouraged Singaporeans who are eligible to enrol to do so, to ensure peace for mind in their later part in life.

Read Also: 7 Things To Know About The Latest Announcements For CareShield Life

The Pioneer Generation Package (PGP) was launched in 2014 to show appreciation and take care of Singapore’s pioneers, who were born in 1949 or earlier. Since then, 450,000 pioneers have enjoyed the benefits of PGP.

Today, there are about 500,000 of the Merdeka Generation and most are in their 60s – most have either left the workforce or will soon do so – and they have similar healthcare concerns as those of the Pioneer Generation.

Thus, the Merdeka Generation Package will be launched for this group of Singaporeans who were born in the 1950s, with benefits in similar area as the PGP, covering outpatient subsidies, Medisave top-ups, MediShield Life premium subsidies; and long-term care support.

The HDB Home Improvement Programme (HIP) and its forerunner, the MUP (Main Upgrading Programme) has been very popular among residents. Perhaps because the government heavily subsidises around 90% of HIP costs and residents see an improvement in quality of life and property value right after these upgrading works.

Today, close to 450,000 flats have been upgraded so far under MUP and HIP. Currently, HIP is for flats built in 1986 or earlier. PM Lee announced HIP will now be expanded to include flats built as recently as 1997. This means that an additional 230,000 flats in estates like Pasir Ris, Yishun, Tampines, and Jurong will benefit. In total, HIP is expected to cost the Government more than $4 billion.

Though it is still far into the future, PM Lee said that the government will be taking measures to ensure the longevity and continued habitability of HDB flats even when they near the 60 or 70 year mark of their leases. At this time, residents can look forward to a second round of upgrading, dubbed HIP II, which will see the flats to the end of their 99-year leases.

Upgrading works for HIP II will likely cost even more than HIP, since the flats will be twice as old, so the government is beginning studies and projections to ensure we can pay for it when the time comes, which is around 10 years time.

PM Lee announced a new scheme for HDB estates, called the Voluntary Early Redevelopment Scheme (VERS). The intent of VERS is to progressively redevelop and rejuvenate housing estates from around the 70th year of their leases.

PM Lee explained that in the early years of Singapore, many housing estates were built with great haste, which means that their leases will all expire in a short span of time, leading to entire estates being vacated and be turned into massive construction sites. Thus, it makes more sense to deliberately and gradually renew these estates.

Since the oldest HDB flats today are only around 50 years old, VERS will begin in around 20 years time. Residents will have to vote for VERS, just like for HIP. So the government will only proceed to take possession and redevelop if residents vote yes, otherwise, residents can continue to live there until their leases run out.

Chase The Next Rainbow

PM Lee then said that “we will never be done building Singapore”. He said that many of these schemes that were announced will stretch beyond 50 years, and there are very few countries can plan so far to anticipate needs and opportunities.

Carrying out these plans and making them a reality requires a thriving economy, sound government finances, political stability, and outstanding leadership. Most importantly, Singapore has to remain as one united people. It is not just about satisfying material needs, but also maintaining our social fabric.

PM Lee said that 100 years from now, Singapore should stand out not just for our modern skyscrapers and world rankings, but be known as a place of boundless opportunities. A society where every skill and talent is recognised, developed, and celebrated. We should be a place where those who have done well, contribute back to society to help others do better.

PM Lee concluded his speech as follows: “Let us live up to that ambition. Let us continue to stand tall, chase rainbows, and work together for many brighter tomorrows.”

What are your thoughts on National Day Rally 2018? Let us know on our Facebook page!