4 Common Financial Mistakes You Can Learn From Wongamania, Without Losing (Real) Money

Are you making some of these mistakes in your life without even knowing about it? 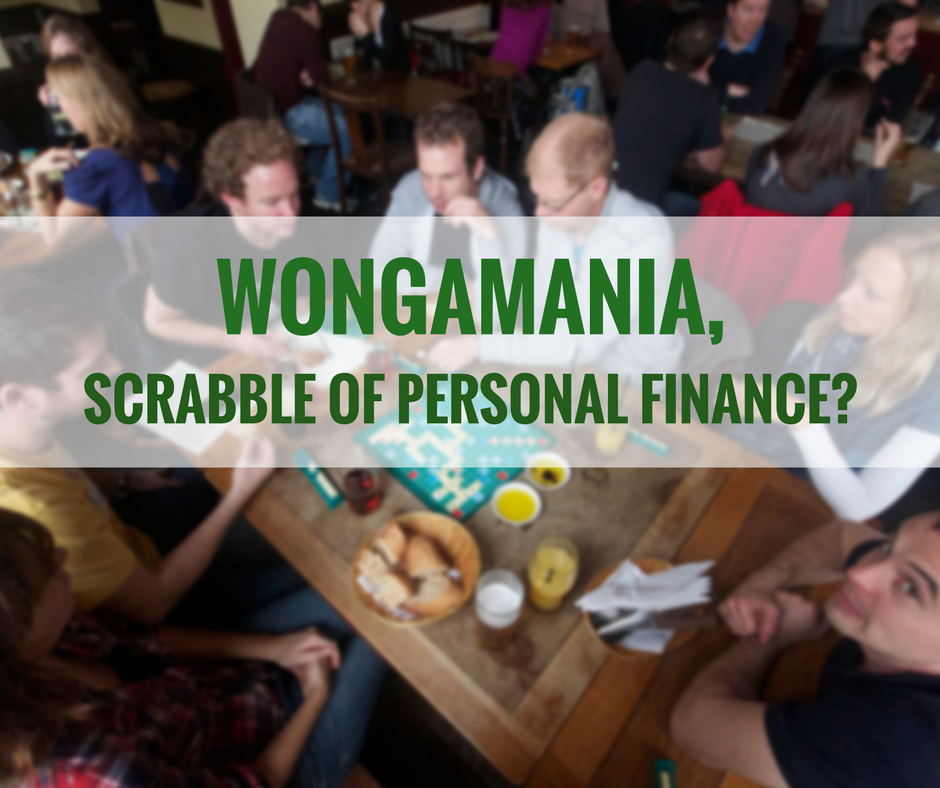 Wongamania is a locally created game that is described as an intense economic board game by its creators.

We prefer calling it the “Scrabble of personal finance.” Players get to have fun competing and sabotaging each other, while getting familiar with basic finance terms and concepts. The objective of the game is simple, work towards financial independence (via the purchase of trust funds) while navigating through an extremely dynamic economy.

Wongamania have recently launched a new version of the game called Banana Economy. If you have not heard of the game, and are curious to learn more about it, you can join us in a co-organised event between DollarsAndSense and the game creators to learn, network and play the game.

We started with a few rounds among ourselves before inviting some friends over to join us. Through the various scenarios encountered and the strategies employed by different players, we found out that Wongmania had a knack for exposing common financial mistakes that people make in their own lives.

Here are the 4 most common financial mistakes that we obeserved from the game, which is equally applicable to our own lives.

Read Also: Wongamania: The Board Game That Teaches You About Economics And Finance

# 1 Holding Too Much Assets Is Not Always A Good Idea

Unlike Monopoly, where the rudimentary strategy to winning the game would be to accumulate as much properties as quickly as possible, Wongamania does not reward players for simply hoarding assets such as stocks and properties.

This keeps the game interesting. Just because fellow players around you have more stocks and properties right now doesn’t necessarily mean they are ahead.

In fact, holding a large amount of assets during a recession would be catastrophic, and could send players into bankruptcy if they do not hold enough cash, or other liquid assets such as risk-free bonds.

Similar to the real world, many people who have high paying jobs and multiple properties may sometimes end up in trouble once recession (inevitably) hits. They are unable to service the mortgage they took for the multiple properties they own, and are forced to sell them at less than desirable price.

It’s easy to look good when you hold a lot of assets when the economy is booming. It’s only when recession strikes that we are able to differentiate between the good investors, and the mere pretenders.

As soon as you start playing Wongamania, it becomes apparent that most players are just waiting for the recession to come so that they can pick up stocks and properties at a cheap price.

Once recession arrives, some players would buy as many assets as they possibly can, thinking that they are employing a “sure-win” strategy of buying low, during a recession, and selling high, during the growth stage of the economy. Is that the right strategy? Not always.

Sometimes, a recession continues to persist longer than expected. It’s funny to see a player spend all of his/her money in a single round on cheap stocks and properties, only to end up bankrupt the next, when the economy continue to remain bad.

While timing the market isn’t always a bad strategy, betting all your money that you are getting the timing right is a terrible idea. You should always enter into an investment cautiously, and ensure that you have enough cash reserve in the event that things do not play out the way you expect them to.

# 3 Market Participants Can Affect The Economy

The most dynamic board games are the ones where strategy changes, depending on how many players are in the game. In the case of Wongamania, that’s certainly true.

When the game is played by two players, each player has a lot more control over what could happen in the next immediate round. They are market movers.

Once we expand the game to 5 players, each individual player has a lot less control over the economy, and is now a market participant, rather than a market mover. Even if they employ the right strategy for the game, they might still end up on the losing end of the market because things move against them.

The financial markets we live in today have an infinite number of participants. Financial institutions, sovereign funds and mutual funds all participate in the same market where their individual decisions collectively affect the global economy.

As retail investors, we have to adapt and work within this economy that is being dictate by much bigger market movers. Wongamania teaches us that most movements in the economy are beyond our control.

# 4 You Realize Insurance Is Important, But Only After Something Bad Has Happen

Wongamania allows player to purchase insurance to cover themselves against insurable events such as critical illness for a small premium every two rounds.

Not surprisingly however, none of us really bothered (or even remembered) about the insurance card until a few incidents occurred. Once that happen, players, especially those who had more assets to protect, started to regularly purchase insurance coverage.

It’s a reminder as well in the real world about the importance of insurance.

Unfortunately, just like in the game, most people forget about them until an incident happens, which at that point, may sometime be too late.

Unlike Wongamania however, we don’t always get a 2nd chance in life. So get the right insurance policies that you can afford while you still can.

Read Also: 5 Finance Games To Play When You Are Stuck On The MRT

Wongamania Launches Its Social Series For The Banana Economy

In conjunction with the recent launch of the Banana Economy, Wongamania and DollarsAndSense is jointly organising the Wongamania Social Series.

Whether you are already a die-hard Wongamania fan, or are a complete stranger to the game, we welcome you to join us for this social event as we learn, play and network with each other over food, drinks and of course, Wongamania!

Enhance your financial knowledge while interacting with our editorial team, and the team behind Wongamania!

Go to the registration link to register or to find out more. We will see you there!

A Singaporean Shares With Us The Cost Of Owning A Car In London, And How It Compares To Singapore
Education Inflation in Singapore: Tuition Outpaces CPI by More Than 10 Pct