3 Investment Products That Could Have Beat CPF Returns In 2015

It can’t be that hard. Or so we thought. 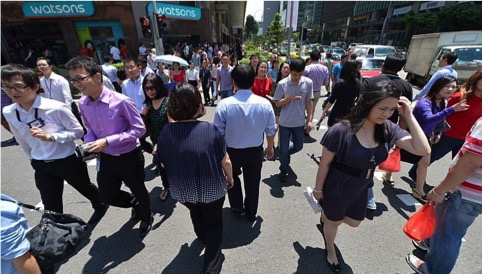 A few weeks ago, CNBC highlighted the Singapore’s Central Provident Fund (CPF) in one of their article, calling it the fund that outperformed the markets in 2015. But we were not going to accept it as it is. Chances are, there would be some investments in the market, even during bad times, that yield good returns, which are higher than what CPF gives.

CPF offers a risk-free interest rate of between 2.5 percent to 5 percent per annum, depending on which account your money is in. If we assume that people are able to freely invest their CPF money, below would be some possible ways that they could have explored to try to beat the payout that CPF gives.

We went on a quick search for some of the top performing 5-star funds. A quick look at some of these top funds bring us to some impressive numbers with funds clocking good returns that are higher than what CPF could have given us.

We decided to do a little more research on the top fund stated above, Capital Group European Growth and Income Fund (LUX), and were not surprised to find out that the indicated 1 Year return that gives the impressive 25.43% was from the year 2013. For the year 2015, this fund was actually making loss after August 2015.

This was the same result that most funds encountered due to the global slowdown. Hence, this whole idea of investing through top rated funds would not have paid off last year. On top of that, investors are still subjected to management and admin charges, thus further lowering their returns.

There are some companies who were able to produce good results in 2015. If you were an investor of ComfortDelGro Corporation Limited, you would have made gains that are more than what CPF would have given you.

However, there were not many stocks that performed well in 2015. If we had a crystal ball to tell us which companies would be immune to the economy downturn, then things would be so easy. Unfortunately, most of us can only comment on hindsight.

Definitely not a recommended move, but if you have been shorting Crude oil since the start of the 2015, you would have made quite a fair bit from the trade by the end of the year and looked really smart. Or you could have shorted the Euro against the Dollar, or the Australian Dollar against the Dollar.

These trades would have definitely brought you higher returns than CPF, but it’s not for the faint hearted, or those with limited trading knowledge.

Out of all the various Singaporeans who invested their CPF money, only about 15% were able to produce a superior result from what CPF would have given them. If you are not a risk taker and knowledgeable in investing, we would urge you to think twice before you invest your CPF money.

How Much Money Do Singapore Households Really Spend?
6 Financial Products That Should Be In Your Investment Diet