You would need more than $6.5 billion to make it into the list. 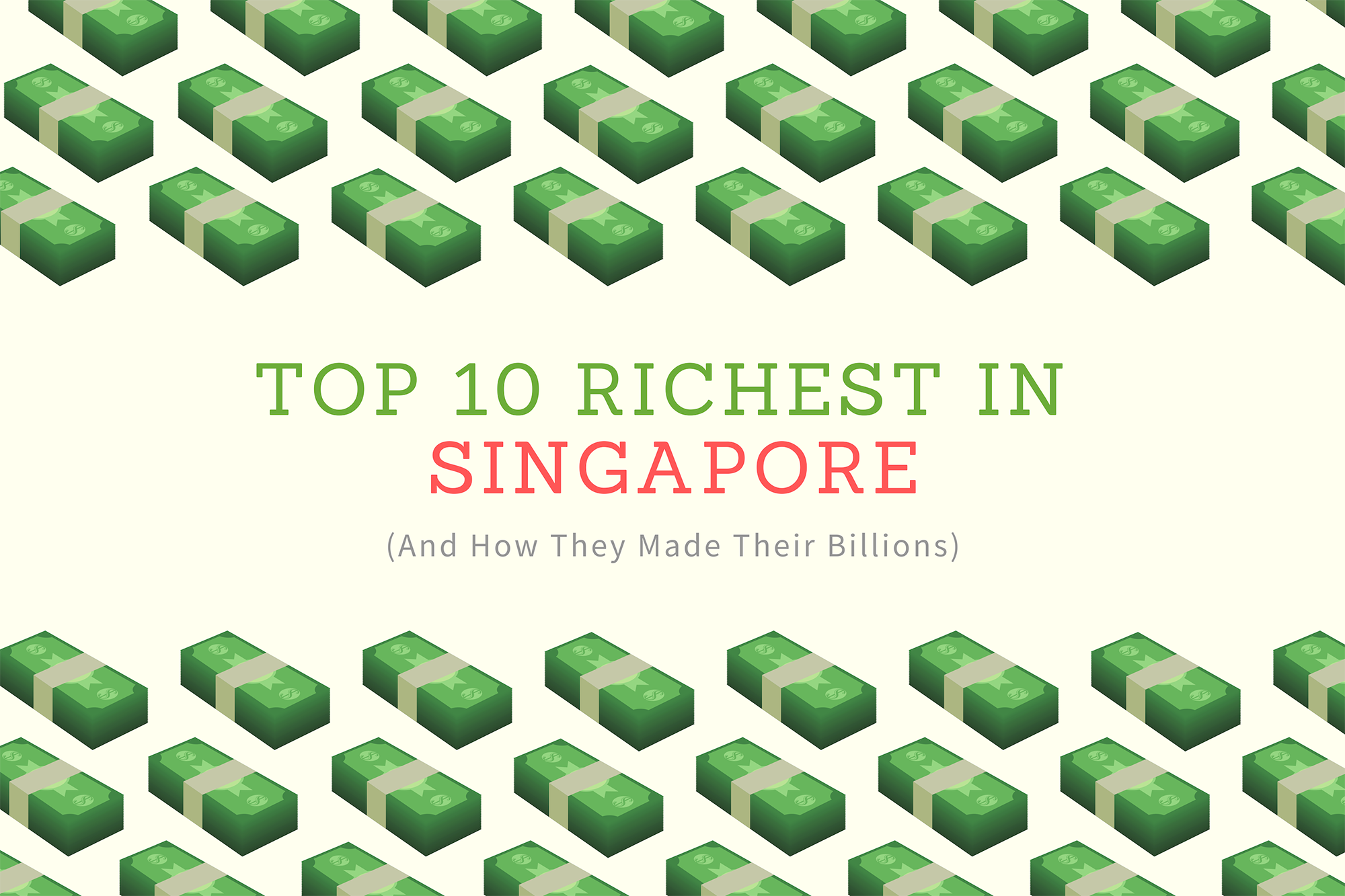 As Singapore’s economy continues to recover from the pandemic, the uncertainty from COVID-19 does little to slow down the wealth accumulation of the richest. According to Credit Suisse global wealth report 2021, Singapore’s number of millionaires is expected to increase by 62% from 270,000 to 437,000 in 2025.

With newly minted billionaires from the technology and cryptocurrency scene, this year’s Forbes list of top 50 richest Singaporeans saw their wealth grew from $167 billion to $208 billion. Out of the 50 people, the top 10 occupy more than half of the wealth on the list. Here are the 10 juggernauts of wealth in Singapore.

The heirs of late banker Khoo Teck Puat, a banker and hotel tycoon who used to be the wealthiest in Singapore at one point in time. The family-owned and was involved in several banks including OCBC, Maybank and most prominently, Standard Chartered Bank.

Currently, the family owns the Goodwood Group of Hotels, including Singapore’s historic Goodwood Park Hotel. One of their family members is also a prominent local director – Eric Khoo, the owner of Zhao Wei Films.

Apart from banks and hospitality, the Khoo family also share their name with the public hospital Khoo Teck Puat. Opened in 2010, the hospital was funded by the family’s charity arm, The Khoo Foundation.

The owner of Southeast Asia’s third-largest bank, Wee Chow Yaw is currently Chairman Emeritus of United Overseas Bank. His oldest son Wee Ee Chong succeeded him as UOB’s CEO, while his younger son Wee Ee Lim has a board seat.

A juggernaut in Singapore’s financial and investment scene, the family has also branched into real estate and hospitality in recent years. The family has a majority stake in UOL, a leading property developer that owns the Pan Pacific hospitality brand.

The Kwek family founded most of their wealth in banking and real estate. In the field of finance, Kwek Leng Beng is the executive chairman of Singapore’s Hong Leong Group which is Singapore’s largest finance company, with a network of 28 branches and 12 SME Centres.

He is also the executive chairman of City Developments (CDL), the second-largest property developer in Singapore. Most notably, Kwek bought Plaza Hotel in New York City from Donald Trump back in 1995, together with Saudi billionaire Prince Alwaleed Bin Talal Alsaud.

The pandemic has given Sea the boost in revenue in both gaming and e-commerce areas. This has helped double the stock price of Sea in a year which has propelled its founders into greater wealth.

The Ng brothers, Robert and Philip Ng owns the largest private real estate group in both Hong Kong and Singapore. In Singapore, Philip Ng runs most of the local business, including Far East Organization, the largest private landlord and property developer. While in Hong Kong, the Ng family own Sino Group which is a major player in the Hong Kong property market which is overseen by older sibling Robert and his son Daryl.

Founder of Singapore’s most valuable company, Sea, Forrest Li has become a mainstay in Singapore’s wealthiest list. The group was propelled by the pandemic demand for internet services, doubling its revenue and stock price in 2020.

The growth for Sea continues as the group is looking to expand into the e-payments and financial services space with their new Digital Banking License from the Monetary Authority of Singapore.

Owners of the famous HaiDiLao Hotpot, Zhang Yong, and his wife, Shu Ping, are both naturalised Singapore citizens.

Originally from China, HaiDiLao Hotpot has over 935 outlets worldwide, including Singapore, Malaysia, Vietnam, Indonesia, the US, South Korea, Japan, Canada, United Kingdom, and Australia. Their unique ethos in providing quality customer service such as providing free manicures and snacks coupled with their famous tomato broth has help the brand maintain a group of avid and loyal customers. The company has also successfully branched out to shelf products, bringing their tomato broth into the homes of many.

With the impact of COVID-19, HaiDiLao has seen its market capitalisation dropped significantly. Regardless, the family is still well on top of Singapore’s wealthiest list.

The prolific co-founder of the world’s largest social media company – Facebook, Saverin derives most of his wealth from his small but valuable stake in Facebook.

Currently, Saverin is the Co-founder and Managing Partner of B Capital, which specialises in growth-stage startups investment. Their notable investment includes recent unicorns such as Carro and Ninja Van.

Rising the ranks and coming out top, Li Xiting is currently the richest in Singapore. Born in China, Li is now a naturalised Singapore citizen.

The founder and chairman of Shenzhen Mindray Bio-Medical Electronics, his wealth was propelled by the demand for medical devices such as ventilators during this pandemic. With his wealth increasing from US$3.5 billion to US$12.5 billion, the meteoric growth made him the top 5 global gainers from this pandemic boost.

Compared to previous years, the number of property tycoons is slowly getting replaced by technological entrepreneurs. Out of the top 10, half of the billionaires are naturalised Singapore citizens.

As the pandemic continues, it is no surprise that Li Xiting rose to the top for being a provider of the essential ventilator alongside the other Sea founders that have benefitted from the rise of internet service demand.

This phenomenon of new wealth from the digital is not limited to finance, as we see technological founders such as Grab and Razer making it into the list. With the rise of more tech unicorns such as Carro, Nium and PatSnap, we may see more changes on the list of Singapore wealthiest over time.

12 Useful Items You Can Buy From Daiso To Keep Your Home More Pleasant And Productive
How Much Does It Cost To Own and Keep A Rabbit in Singapore?