Why the Government does not owe Zouk a living 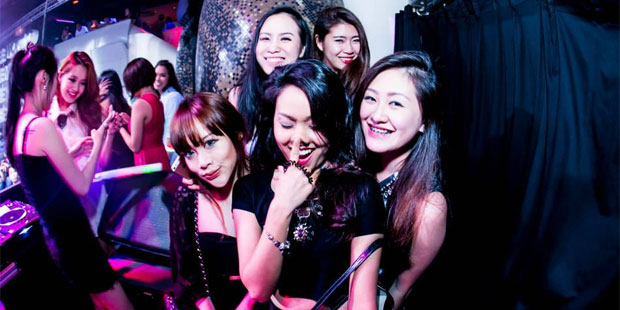 Zouk has once again against all odds received a lease extension to continue operating at their current premises at Jiak Kim Street.

Unknown to many, this is actually the third consecutive year whereby Zouk had applied and received an extension. This time round, they were granted a conditional three years extension of their lease.

Let’s get three things straight about this issue. The first is that nobody ever likes to move, Zouk included, and that’s understandable.

The second is that Zouk DOES NOT own the land that it is operating at, though it might have already been there for a really long time.

Which brings me to the third point. Zouk is a commercial entity running its lucrative operations on what is technically, state owned land. This is quite similar to the roti prata shop near my house, which sold the best Prata Kosong served with a stunning fish curry that I was more than happy to fork out $1.20 for.

What happened to my favorite prata shop?

One day, the government decided it needed the land back to build something new.

They didn’t give much reason, and why should they? The general thoughts were that my favourite Roti Prata shop had become “incompatible” with the government future plans for the area and had to go. Some years later, there was a sprawling new HDB estate across my place contributing to more people in the estate, while a good old fashion eatery was lost.

How is that different from Zouk?

If this all sounds familiar, it’s because Zouk was going the way my favourite prata shop was, being “incompatible with the residential nature of the area”.

There is just one tiny difference.

With greater resources, a strong public relation team and an extensive list of well-known media personnel that they could count on for support, Zouk took the decision up to the government.

After engaging various government bodies, and getting widespread support within the influential media circle, which culminated in a petition of little eventual significance being circulated, the government yielded and allowed Zouk to continue it’s operation for a further three years — two years after it was supposed to have already moved out.

This is strange isn’t it?

In contrast, my favourite roti prata shop stood no chance.

Is it the government’s responsibility to help commercial entities?

Should the onus fall on the government if a business is facing closure because it didn’t to do anything about securing new premises more than two years after it knew it was on borrowed time?

Would this set new precedence for other businesses?

Since 2012, Zouk had been extending its operations at Jiak Kim Street through a series of actions that have become quite farcical, at least in my opinion.

Zouk’s owner Lincoln Cheng threatened to close shop if the club did not get a lease extension of 3 years. And the government yielded and offered him that extension of three years he was looking for.

That gives it a grand total of 5 years. Who knows what else will happen in 2017.

Would business suffer if it were to relocate? I reason that it would obviously suffer at the start, with new renovations, sound systems and having to draw its patrons to a new location.

Naturally, a successful business man like Cheng would fight tooth and nail to stave it off for as long as possible.

Zouk is a grand old name that has been advancing the music industry and bringing in renowned DJs for its annual ZoukOut events.

It is able to play its trump card of being an “iconic” attraction of Singapore.

But at the end of the day, its owner tested the government’s resolve for financial reasons, and won. The official statement from government agencies involved acknowledges “Zouk’s contribution to the strengthening of Singapore’s reputation in the international entertainment scene” missed the point completely.

Zouk had already been told to vacate for more than two years. If it had heeded the authorities, Zouk could easily be contributing to strengthening Singapore’s reputation in the international entertainment scene elsewhere already.

For now, Zouk is here to stay. Some will celebrate, including myself. But I fail to see why the government would play favourites with Zouk’s for-profit business over my favourite for-profit roti prata shop.

Why You Pay More For Magnum Ice Cream sticks In Singapore?
An Easy Example Of How Inflation Works