Why Paying $500,000 (And More) A Year For Ministers Isn’t Enough To Guarantee You Top Talents

Do the best talents in Singapore work just for money? 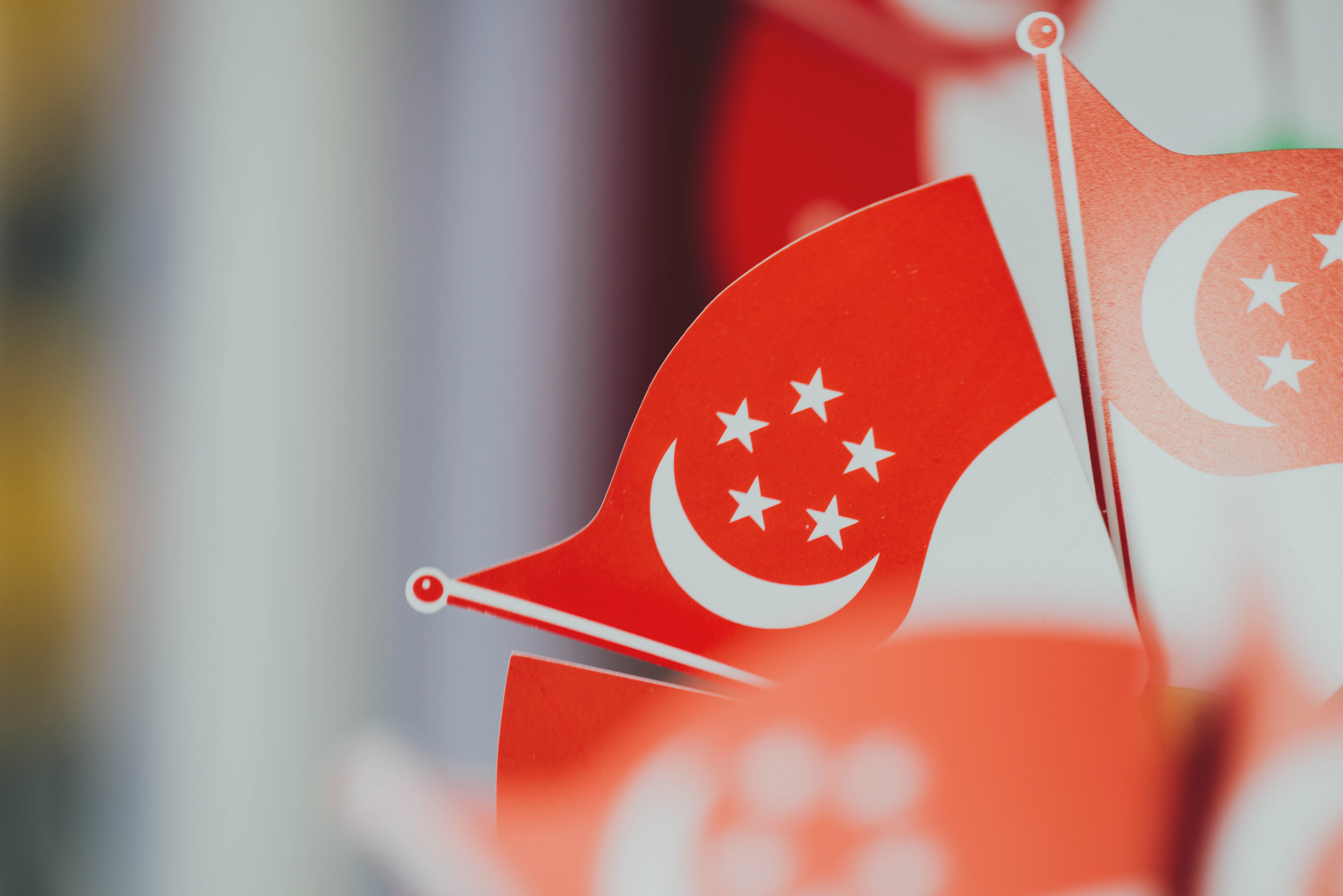 One thing you can be certain of in Singapore is that every time the term “minister salaries” appears, Singaporeans are bound to get sensitive. This should come as no surprise, since Singapore’s leaders are the highest paid in the world.

So, when ESM Goh brought up the topic of Senior Minister of State Edwin Tong’s salary, or more specifically, highlight the fact that he had to take a pay cut in order to join the Cabinet, it expectedly ruffled some feathers.

Read Also: Looking For A Pay Raise in 2018? Here Are 5 Questions You Need To Seriously Ask Yourself First

There is no contention over what ESM Goh said. In fact, ESM Goh’s official Facebook page published a full transcript of what said during the Q&A session at the Southeast CDC District Conference on 2 August 2018.

“So where do you want to get your Ministers from? From people who earn only $500,000 a year, whose capacity is $500,000 a year? So (when) I look for Ministers, anybody who wants to be paid more than half a million, I won’t take him. You are going to end up with very mediocre people, who can’t even earn a million dollars outside to be our Minister.”

While we cannot presume to know for sure what ESM Goh meant, when you read the transcript in its entirety, his message is quite clear. ESM Goh was simply suggesting that when it came to top talents like Edwin Tong (who was a senior counsel before joining the Cabinet) who earned more than $2 million, not paying a high enough salary would make it difficult to attract these people to leadership positions within the government.

It could just be human nature, or perhaps it’s a Singaporean mindset ingrained in us since young. Somehow, the majority of us tend to equate talent, competence and success to how much a person earns. The more a person earns, the better he or she must be.

We are not debating against the logic of ESM Goh’s argument. However, we should be wary of the fallacy of thinking that just because a person earns more, he should be necessarily good or better than others who earn less. Quite often, at the top level, a person’s talent or competence has little or nothing to do with how much they earn.

If you take a quick look at the people whom you work with, or work for, you will quickly realise that often, top talent across different industries tend to be remunerated quite differently. That doesn’t make an individual from one sector any more (or less) talented.

Outside of business owners, folks who are likely to earn the most in Singapore include doctors, lawyers and bankers, and we definitely have quite a few of these folks in our current Cabinet.

These are people who are likely to earn more than other equally talented peers who chose to work in areas such as engineering, education, social work and even the civil service. Strangely enough, we don’t see much of these folks in the cabinet. Let us know on our Facebook page if we are missing out on someone, or if you figured out the reason why.

This isn’t to say that one group is necessarily better than another. Perhaps it is a reflection of what Singapore, or even the world, prioritises. We tend to reward (financially at least) people who are great in working in the banks or in the hospitals, as compared to the people who are educating our kids, or helping to build our roads and buildings. That’s why many parents want their kids to be doctors and lawyers growing up, and not engineers.

Many of us are guilty of this ourselves.

Football and Basketball Vs Tennis Vs Swimming – Which Is Better?

To better understand this point, let’s look at salaries earned across some popular sports around the world.

According to the BBC, the average footballer in the English Premier League makes about £50,000 per week. This equates to about S$350,000 per month, or about $4.2 million a year.

Is the average football player two times more talented than Edwin Tong? Probably… If it is doing activities like striking a ball into the back of the net, or tackling Cristiano Ronaldo. Not so much when it comes to representing someone in court.

If you think a footballer earns a lot, consider this. Kyle Anderson, the 30th pick (which is the last first round pick with a guaranteed 3-year NBA contract) by San Antonio Spurs in 2014 recently signed his first non-rookie NBA contract in 2018. An average player by all statistical measures during his 4 four years in the league, he was offered a USD $37.2 million contract over 4 years by a rival team to sign with them – an offer he wisely took. This means he stands to make about S$12.8 million a year.

Is he more talented than our average footballer to be making three times more? It’s impossible to compare. But before we presume that sports athletes make more money because of their popularity, let’s consider elite talents across different sports.

Tennis, like golf, is a prestigious global sport watched by many of the world’s top leaders. But top tennis players, outside of the Roger Federer or Novak Djokovic of the world, hardly ever earn as much as you might think, and certainly far less compared to their counterparts who play football or basketball.

Or how about this: Ian Thorpe, the great Australian swimmer, who won nine Olympic medals and who retired from professional competition in his 20s has a rumoured net worth of $2 million, which is much lower than what any average EPL footballer or NBA player will be making next season. Is he any less talented as an athlete because he earns less than many other folks in professional sports? Of course not.

Read Also: Why 60% Of NBA Players Go Broke Within 5 Years Of Retiring & Why It Can Easily Happen To You and I

At the highest level, salary earned is rarely a good gauge of just how talented individuals are, especially if you are comparing them across different industries.

The average Singaporean who earns $3,500 a month while working in an SME, MNC or civil service can’t really comprehend the difference between a lawyer making $500,000 a year or one who earns $2,000,000 a year.

Another point to stress is that often, the best and most talented people do not join an organisation simply because of how much money they hope to earn, but rather, the organisation culture, what it stands for, and what an organisation hopes to achieve.

Likewise, it’s a misconception to think that the most competent and talented people around us today are the ones who earn the most. Such thinking is unfortunately, elitist in nature.

This may come as a surprise to some of you but one of the world’s biggest and most successful companies, Apple, is well-known for paying surprisingly less money to its employees.

Let’s be clear: this isn’t to say that Apple perks and salary are bad – they are probably still much better than what you and I are getting – but that they simply paled in comparison with what other tech companies like Google or Facebook offer.

However, Apple doesn’t have problems attracting the best talents around the world because the opportunities it affords its employees are unmatched. Apple isn’t a company that needs to compete with its rivals on that mere few thousand dollars to attract its talent. It simply gets the people it wants, and needs, due to its brand equity. This LinkedIn article on why Apple can get away with paying lower salaries is definitely worth a read if you want to find out more.

Strictly speaking, one would think being able to offer a higher salary to attract the best talent is never a bad thing. However, bosses and HR managers will be quick to tell you that just because they are able to do so, doesn’t mean they should. In fact, ESM Goh rightly pointed this out in a post after the Q&A session on his Facebook page:

“Salaries is not our starting point in looking for Ministers. Character, motivation, commitment, selflessness, practical abilities, competence and proven performance are the main attributes we look for. The first four attributes are veto factors.”

The Problem With Meritocracy

When we were in school, many students find their self-worth judged by the results they achieve. Score well, and you tend to be viewed as a high-flyer. Score poorly, and you are likely to be seen as a weaker student, never mind if you have talents in other areas that can’t be graded on.

The worry here is that even after finishing formal education, this belief continues to persist in our working world. However, rather than just grades for us to base how well we are doing compared to our peers, we take reference to the salaries we earned.

Is an older sibling who earns less than his younger brother just not as talented? Or are our parents who earn less than our neighbour’s parents simply less competent?

Only you can answer that for yourself.