What Young Singaporeans Must Never Forget About Our Country 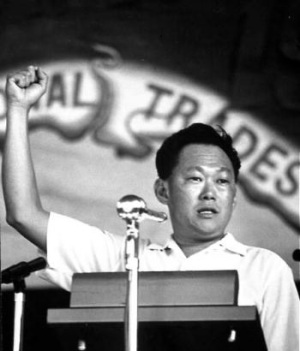 Even as Singapore mourns the death of our first Prime Minister, Mr Lee Kuan Yew, a surprising, yet not totally unexpected phenomenon occurred this week. Many young Singaporeans, typically stereotyped to be politically apathetic, have took to social media to express their grief and admiration for the man considered by many to be the founder of modern Singapore.

A quick glance at your own Facebook feeds would reveal endless throngs of posts related to Lee Kuan Yew. From the sharing of online articles about Mr Lee, his quotes and his achievements to tributes about personal encounters with Mr Lee himself and even to deep reflections about the life Mr Lee gave us all.

For those born in the 1980s or later, we did not grow up in an era when Mr Lee’s successful leadership of early Singapore could be explicitly observed. For some of us, Mr Lee was already a living legend found on our social studies textbooks. Yet, there can be no doubt about his influence on modern Singapore.

The passing of Mr Lee provides a rare opportunity for young Singaporeans to understand some of the key policies that Mr Lee implemented which will continue to remain as his living legacy. Beyond that, we can also appreciate the character and thoughts of Mr Lee, and assess for ourselves how these have shaped our attitude towards building a better Singapore.

Working Hard Regardless Of How Intelligent You May Already Be

There is no question that Lee Kuan Yew had one of the brightest minds in the country. One can argue that he was fortunate to have received good formal education in a time when few others could afford a decent living, but that should not diminish the fact that he was extremely intelligent to begin with.

If he had chosen a career where he could have made more money, worked less, and had a lot less stress on a daily basis, it would have been perfectly understandable. It is not like he took the Prime Minister role because he couldn’t find anything else to do. Let’s face it, with his education, he could have probably taken most jobs he wanted in Singapore, or overseas.

However, he decided to lead the country. And before we start thinking this was a glamorous job, remember that back then, Singapore was a country with no resources, or money, or education or infrastructure. A country whose people couldn’t even speak the same language to communicate with one another, let alone the world. Yes, that’s the Singapore of 1965. The Singapore Lee Kuan Yew fought to lead.

Mr Lee led us into independence, into Malaysia, and then out of Malaysia. He then had to build up the infrastructure, the education system, the housing system, the economic system and just about every other thing that we take for granted today such as the defence force, police force and other civil service departments.

Working till 3am was a regular thing for Mr Lee when he was Prime Minister. If it sounds impossible for some of us, it very well could be. Our point is that even a great mind would not have been sufficient without the drive and determination that Mr Lee demanded of himself.

Lee Kuan Yew believed in Meritocracy. According to Wikipedia, Meritocracy refers to “a political philosophy, which holds that power should be vested in individuals almost exclusively according to merit.”

That means Mr Lee believed that political leaders should always be taken from the cream of the crop since they usually hold the most power in the country. Mr Lee explains himself in his book ‘One Man’s View of The World’ that Singapore, unlike countries like the United States, cannot afford to have a situation where the best minds are not leading the country.

To borrow a term sometime used in Sports, it was necessary in Mr Lee’s point of view to be ‘overpaying for the right parts’.

In our opinion, Mr Lee was far more a realist than an idealist. For example, he disagrees with the two-party system that are seen and accepted in many other well-developed democracies around the world. Rather, he was more than happy to be focusing on attracting the best talent to his own party, the PAP, while concurrently ensuring that the opposition does not get any sort of foothold to penetrate parliament. He makes no apologies for that.

Mr Lee also knew that the best way for Singapore, a country with no natural resources, to grow was to have extensive links with what the rest of the world were doing. While a lot of our ASEAN neighbors were looking inwards to achieve economic growth, if they were looking at achieving economic growth at all, Mr Lee was actively courting external investors and MNCs to set up their businesses in Singapore. Policies such as making English the first language, which may not have been popular in the past, were essential in driving Singapore forward. Others include having low income tax rates so as to attract rich investors from overseas to live in Singapore.

Mr Lee also did not believe that a country like Singapore would be able to develop global companies such as Facebook or Twitter nor produce talents such as Bill Gates or Jim Rogers. The reason is that we are just far too small and lack the type of high quality migrants seen in places such as the United States.

Some of us may disagree with that, but that’s okay, Mr Lee was a realist, knowing when the probabilities were not in his favour.

What All These Means For Young Singaporeans Today?

The reason we are highlighting these points is to remind Singaporeans that modern Singapore as we know it today did not simply come by chance. It came about because of the vision brought forth by Mr Lee. Vision of a country shaped by meritocracy and not race, religion or family background. Vision of a country where honest hardwork by her people was critical to support her survival and prosperity. Vision of a country where we sometimes compromise on our individual idealism of the type of democracy we should have in order to further promote collective economic growth as a country.

Of course, Mr Lee’s vision and leadership would not have been made possible without the support of the other key leaders of early Singapore, leaders such as S. Rajaratnam and Goh Keng Swee.

Our parents and grandparents also bought in to the vision set out by out by Mr Lee. Don’t discount that. A lot of our parents grew up in environment where they couldn’t choose the career they wanted or think they were better suited to other walks of life. They didn’t have the privilege of learning English in school or the benefit of tertiary education. For some, a roof over their head and food on the table was achieving their live ambition.

Thank them. They have done a lot for both our country and us. If not for their sacrifice, we may not be here today.

What’s Next For Singapore?

The truth is that the current Singaporean leadership and its people has already been moving away from the influence and schools of thought of the politicians of yesteryears. For now, we mourn the death of Mr Lee.

The impact of this loss, however, is cushioned by the fact that we have been ready for a long time to move on as a country.

Like it or not, the Singapore of tomorrow will be shaped by the current Gen Y. Young MPs who are in their 30s such as Tin Pei Ling, Pritam Singh, Alex Yam, and Vikram Nair will represent our future, assuming they win their respective elections. There will be more.

We do not believe there is anything wrong with not agreeing with the philosophy or viewpoints of our older generation. All of us were born in different time under different circumstances that have help shaped our views on how our country should be like.

Very often, the Gen Y have been accused of being overly demanding in the workplace, shunning tasks that are deemed too menial, expecting quick promotions in line with our education and constantly showing no loyalty to employers by job hopping. That was not how our parents were when they were working. Many of our parents had one job coming out of school, and stuck to it for their entire careers.

But yes, that is how we have been brought up. We are idealistic and believe (sometimes naively) that we can change the world in our 20s.

But, we say, why not? Our role model, Mr Lee Kuan Yew, was 35 when he became Prime Minister of Singapore. Young people should always strive to be idealistic about the type of country they would like to build and live in. That’s part and parcel of growing up as a young adult. And if Mr Lee were not idealistic, we would never have what we have today.

For us, we hope that the Singapore of tomorrow will do even more to take care of our elderly, lower educated, less fortunate and people with special needs. During his time as Prime Minister, Mr Lee may not have had the opportunity to focus so much on the social aspects of life as he had other bigger matters to worry about.

That’s okay. One man can only do so much in his limited time in the world to build a nation. It is up to us, the next generation of Singaporeans, to step up. Let’s not waste the hard work and sacrifices of our pioneer generation for they have done a splendid job.

We mourn the loss of a great leader of Singapore today. But more importantly, the best way to pay tribute to Mr Lee is to continue building and improving the Singapore we have today and fighting for the lives we aspire to lead.