A Warning Story: Why You Need To Watch Out For E-Commerce Scams Now More Than Ever

E-commerce scams can happen to everyone, even the young and internet-savvy 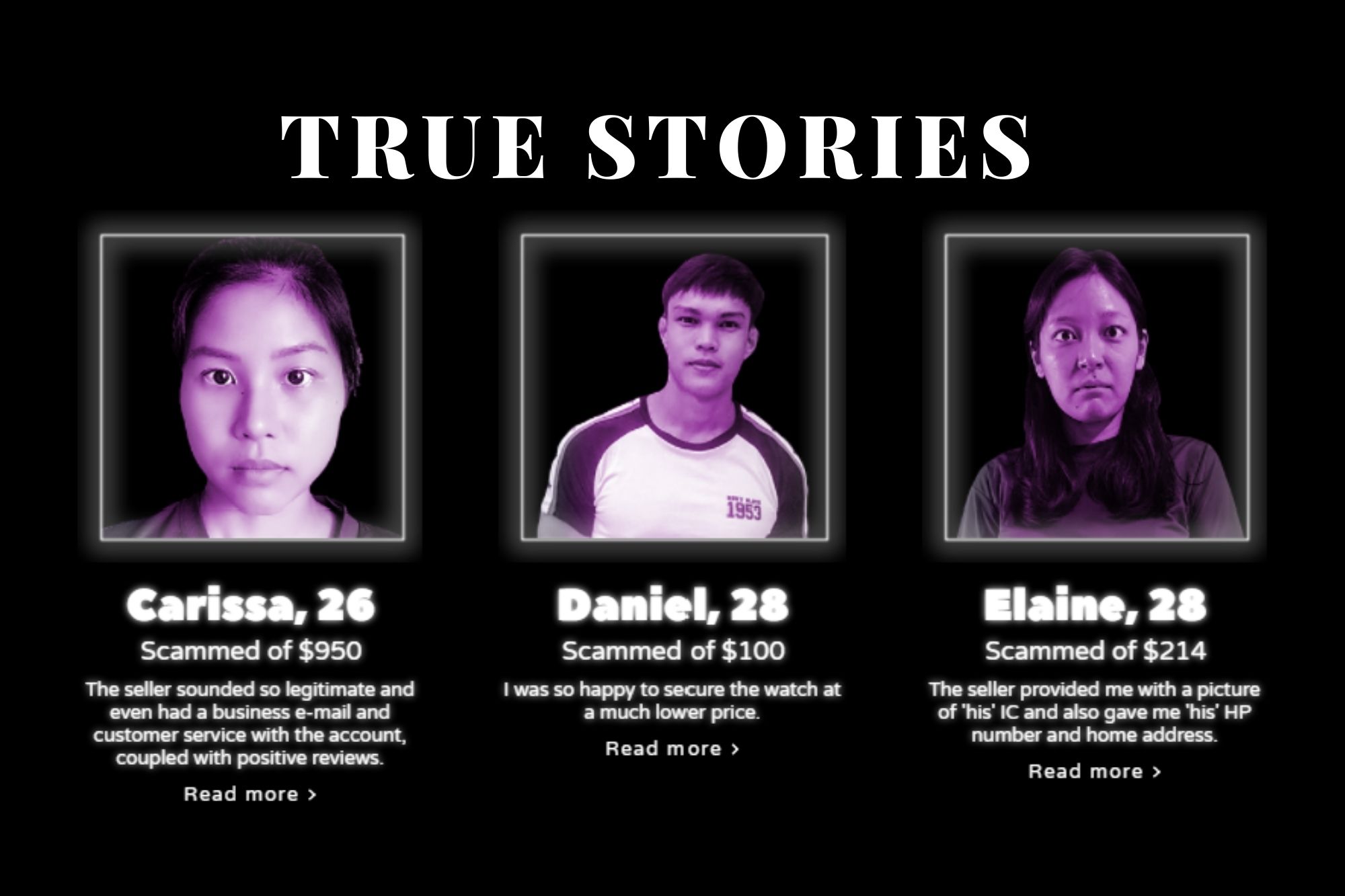 This article is contributed by Dwindle The Swindle, a final year project group from the Wee Kim Wee School of Communication and Information that is working with the National Crime Prevention Council Singapore to increase the awareness of e-commerce scams in Singapore.

Seen items going on Carousell at a ridiculously low price? Tempted to purchase them? Think twice before you lose your hard-earned money to e-commerce scams – this is Su Lyn’s story on how she lost a whopping $200 to one on Carousell.

It all began when the 22-year-old wanted to purchase four tickets to Universal Studios Singapore for a fun day out with friends.

“I was looking for cheaper deals online because the tickets on the website itself were quite expensive.”

She then chanced upon tickets going for $50 on Carousell, a deal that was possibly too good to be true and much below the market rate of $81. Nonetheless, she went ahead and bought the tickets.

“I contacted the seller, and he asked me to transfer the money first.”

Because she was in a hurry, Su Lyn also did not check the person’s ratings and reviews to verify the authenticity of the purchase and transaction. She noticed that the seller had 1 or 2 reviews, but didn’t think much of it at the time. That’s when the trouble started.

“After I transferred the money, he went MIA. He didn’t reply and also didn’t email me the tickets.”

Taking matters into her own hands, Su Lyn tried to contact the seller herself but to no avail.

“I thought I could try and contact him since I had his bank account number and his phone number.”

She then reached out to the police, and found out that many others like her were scammed by the same user.

Unable to reach the scammer and recover her lost money, Su Lyn had much to take away from the painful experience. “You should always check Carousell reviews. When in doubt, make sure that the person is responding first and don’t rush into your payment. Always take precautions when buying big ticket items.”

Su Lyn is unfortunately just one of the many who have fallen prey to e-commerce scams. According to the Singapore Police Force, e-commerce scams remain the number one scam of concern in Singapore due to an increased number of online transactions as a consequence of COVID-19. Of these scams, 1,319 (39.3%) cases were from Carousell.

Abigail’s scam experience (“You can do all the research you want in the world, but if the seller isn’t an official retailer, you will always run the risk of getting scammed.”)

Want to buy the latest PS5/iPhone 12, and you’re trying to find a good bargain on e-commerce platforms like Carousell and Shopee? Abigail, who was scammed of $165 a few years back, has a word of caution for you: “You can do all the research you want in the world, but if the seller isn’t an official retailer, you will always run the risk of getting scammed.”

Here’s how the 23-year-old got scammed when she purchased a then popular Nintendo DS on Carousell.

“At the time, Pokémon Moon and Sun came out, and I was excited to play it, but I didn’t have the Nintendo DS3.”

Abigail’s friends then referred her to this Carousell seller that they had successful transactions with.

“I went to his profile, checked out his reviews, and he seemed like a reputable seller.”

Abigail met up with the seller and tested the product on the spot. She also had the seller’s contact details and his business number.  What seemed like a safe and good purchase soon turned into a nightmare when she got home.

After playing with the newly-bought Nintendo DS for a few hours, the drained battery could not be recharged.

“The buyer said that he will send a replacement charger to me a few days later, but his responses started becoming more delayed and vague. Eventually, he just disappeared.”

And that’s when Abigail, a then-polytechnic student, knew that she was scammed, and that she could never get her money back.

Embarrassed for trying to scrimp on $40 (the U.P. of the Nintendo DS3 was ~$200), she didn’t pursue the matter any further with the local authorities.

But to all those who are looking for a good bargain online, heed’s Abigail’s advice: “If you want to buy anything of high value such as electronics, buy through official shops/retailers or the official website itself.”

Abigail is just one of the many who are scammed annually. According to the Singapore Police Force, e-commerce scams remain the number one scam of concern in Singapore. Of these scams, 1,319 (39.3%) cases were from Carousell.

Read Also: Crimewatch: 4 Scams On The Rise (As Reported By Singapore Police Force)

Why iHerb Can Sell At A Lower Price (Inclusive Of Delivery), And 5 Supplements That Are Cheaper On iHerb Than Retail Stores
Guide To Community Development Councils (CDCs), How They Support Singaporeans From All Walks Of Life & Who Funds Them