Warning: Do NOT Bank In These “Cheques” You Get From The Banks!

Because we all need Public Service Announcements to save us from banking in money that isn’t ours. 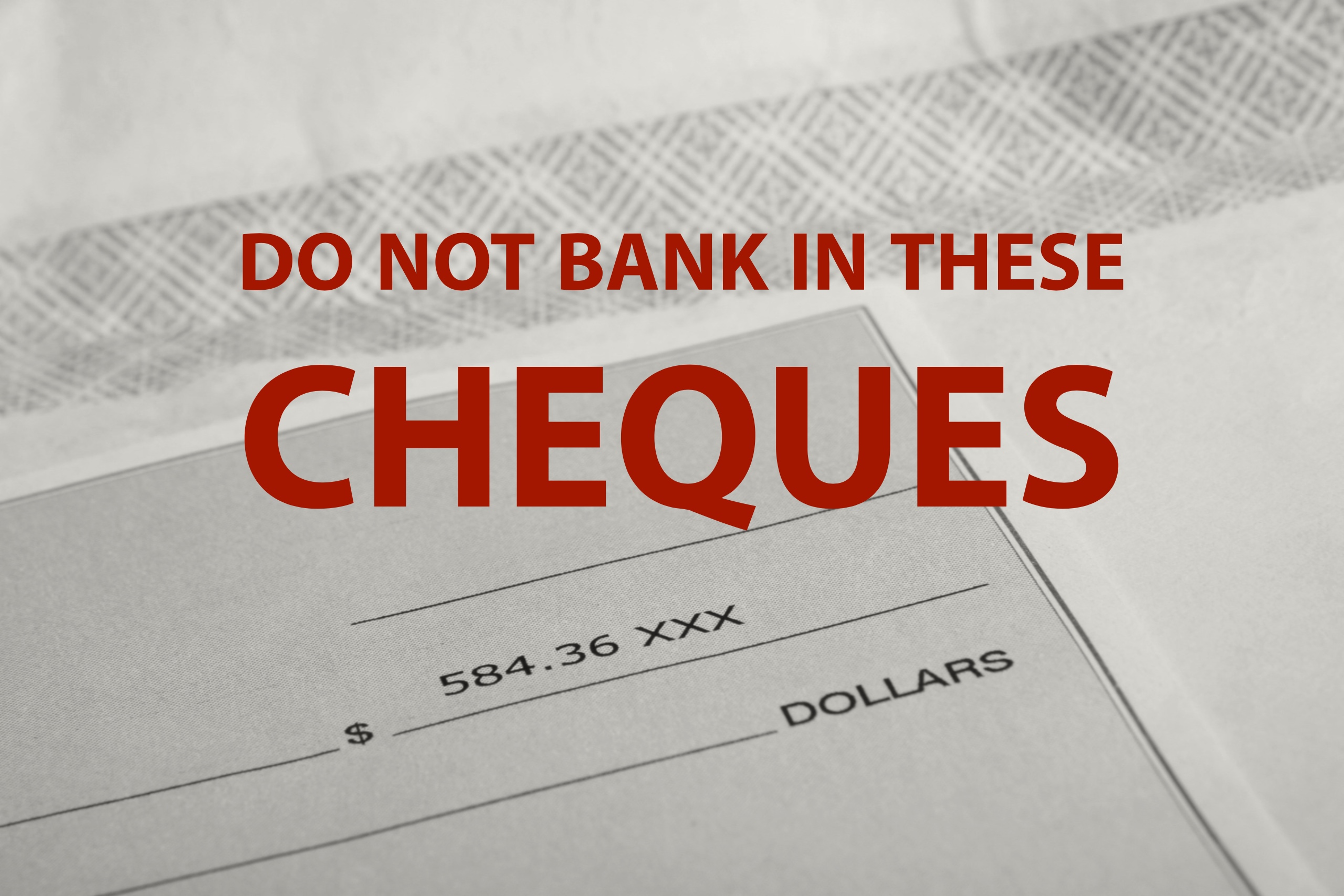 There’s a marketing tactic being practised by the various banks in Singapore which I’m going to call out today as being extremely unethical and misleading, but hey that’s just my personal opinion and you’re free to disagree.If these banks haven’t yet gotten a warning by MAS for their tactics, then my guess is that either MAS is completely unaware, or have chosen to close an eye to this. Whatever it is, I believe this is an issue that needs more awareness, and if none of local influencers who are always being paid by the banks / credit card companies to promote their products / services will do it, then I will.

(Don’t be quick to blame the influencers. Many of them rely on such sponsored postings for a living, and my guess is that many are afraid to talk bad or expose questionable concerns about the brands they work with in case it affects their future chances of being sponsored. That, is exactly what happened to me after I exposed the misleading marketing messages put out by the influencers engaged for the UOB Krisflyer campaign here. But credibility will always be fundamental to SG Budget Babe, and I’ll continue writing, sponsored posts or not.)

So I’ve been receiving some highly questionable “cheques” from Citibank and Standard Chartered because I’m a banking customer with them. It caught me by surprise the first time I saw it, as I thought they had mistakenly sent me a cheque for something which I wasn’t aware of. Upon a closer look, however, I realised it was simply a marketing ploy to get me to take up a loan with them, so into the bin these letters went.

According to others online, it seems like UOB is also practising such a tactic. If you know of more banks doing this, please let me know and I’ll add it to the list. 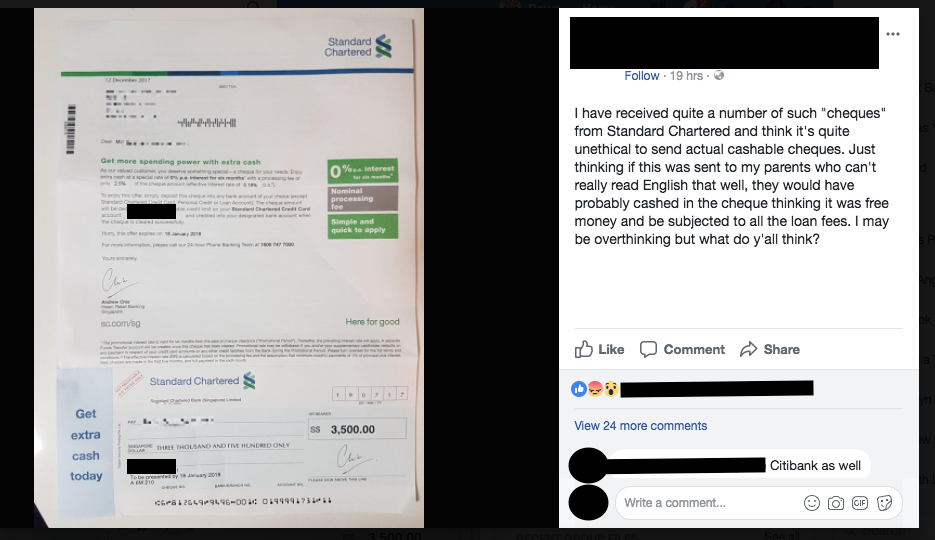 I’m not sure how many folks would be savvy or alert enough to realise that this money is NOT theirs. Yes, the money does appear in your bank account if you credit it in, but at the same time, you get deducted the sum from your credit card bill. And if you go trigger happy and spend that money, thinking you just got a windfall?

Congrats, you’ll have to now deal with a 2.5% processing fee of the sum you just banked in, on top of late payment charges AND interest payment if you fail to clear off the debt within the month.

Clearly I’m not the only one who’s annoyed by such unethical marketing tactics. It belongs in the same category as the misleading marketing messages promoted by local Instagram influencers which I’ve called out previously here (UOB Krisflyer) and here (UOB Stash). 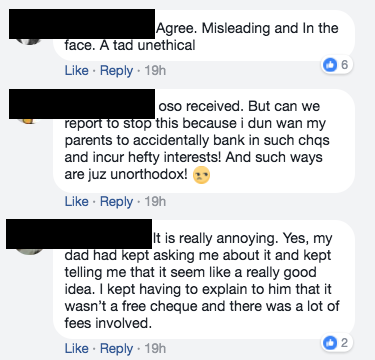 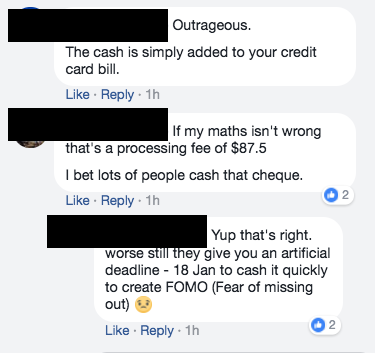 Is this unethical or completely acceptable? You decide.

If your parents are not completely English-literate, you might want to start reading their letters from the banks and credit card companies for as long as such unethical marketing practices (in my opinion) prevails.

Paying In Full VS Interest-Free Instalments: 4 Reasons It Makes Sense To Pay In Instalments
Just Graduated? Here’s How To Start Your Financial Planning Journey