URA Is Asking Questions About Property Agent Commissions; Here’s How It Could Affect You

Budget 2021 has no mention of property cooling measures (yet). 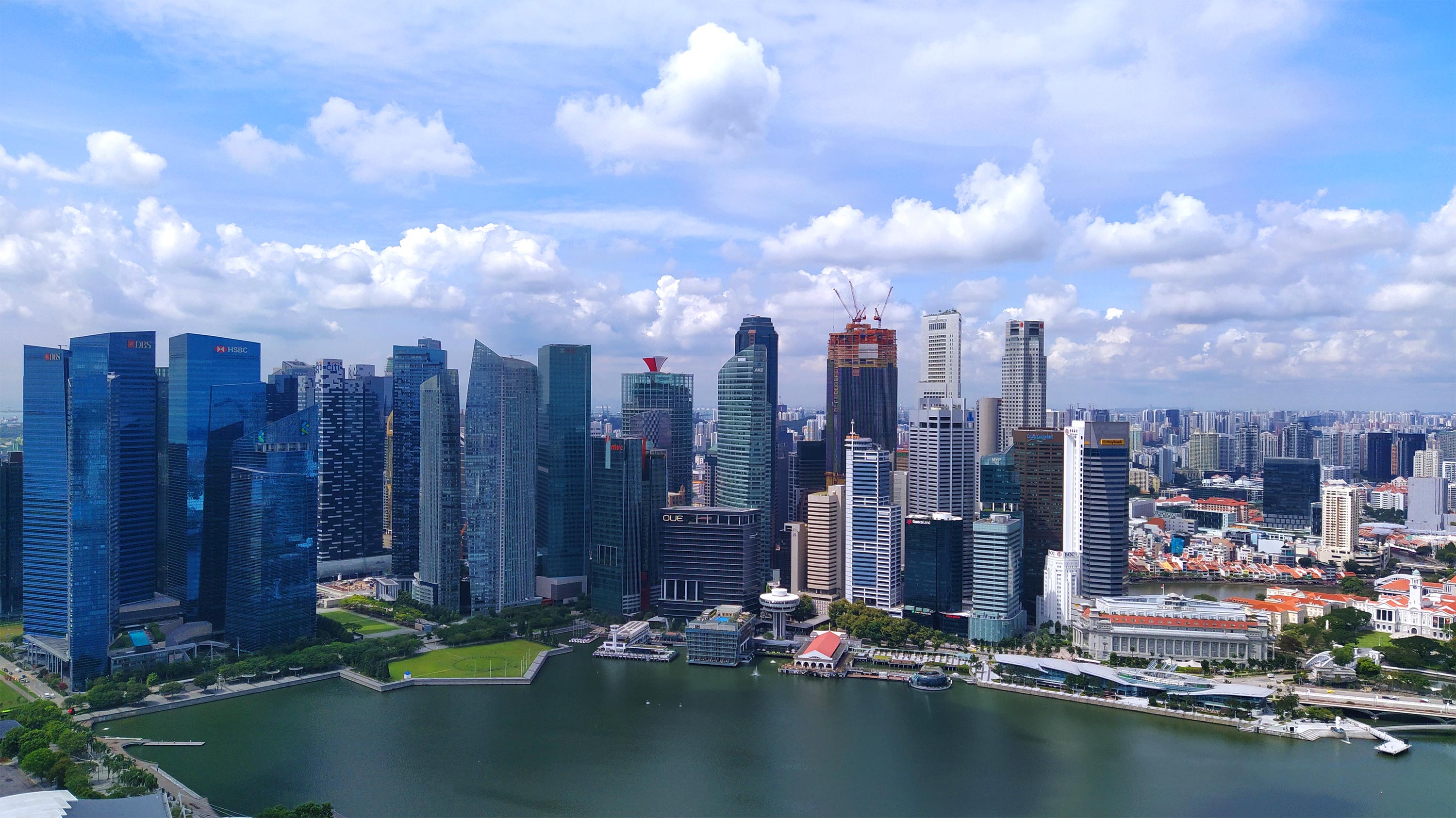 This article is republished with permission from Stacked Homes.

Property developers have been grumbling of late, and we’re not talking about potential new cooling measures. The gripe has been about property agent commissions, and how they’ve been growing over the years. In recent news however, agents and market watchers tell us URA has started putting out feelers, and probing how developers pay their property agents.

This is usually a prelude to change, and here’s how it can affect you as a buyer:

On paper, the commissions paid to agents can be from anywhere between two to three percent of the property price. Note that this is much higher than what it used to be; back in the late 1990’s to early 2000’s, commissions of one percent were considered high.

In practice, the commissions could sometimes go as high as seven or eight percent. This has been reported in the news, even though commissions aren’t officially shown to the public (more on this below).

The higher commissions come about toward the later launch phases, or when the development is close to its Additional Buyers Stamp Duty (ABSD) deadline.

Conversely, the commissions can sometimes be lower than the declared three percent, because of grey-area “referral” schemes and practices.

We shouldn’t underrate the impact of these commissions, on the final price of a new launch property. A two percent commission on just 100 condo units, at $1.6 million each, raises development costs by $3.2 million (and remember that commissions can be even higher closer to the ABSD, or for special units).

Note that the amount spent on commissions are not included in headline prices; authorities don’t like that, as it means prices may be higher than the recorded data suggests.

How did commissions rise to today’s levels?

Property developers have five years to complete and sell their entire project. Otherwise, they’ll end up paying an Additional Buyers Stamp Duty (ABSD) of 30 percent of the land price. This is regardless of the development’s size, or number of remaining units.

If even one or two units remain unsold, the developer will have to pay the whopping whole tax. As such, property agents are often given higher commissions, to complete these urgent transactions. (Candidly speaking, this really should be scaled based on the development size, this really penalises big developments).

Thus if remaining units are hard to move, the developers will naturally prefer to pay the eight percent commission to sell it, rather than pay the ABSD.

Besides the ABSD deadline, higher commissions may also be used to drive the sale of high-quantum units like penthouses, or units in a less desirable stack. This is worrying for buyers, as it could lead to agents pushing them toward higher cost properties than their budget would allow.

(As an aside, this issue was partly addressed through the restriction on OTP re-issues; buyers who couldn’t afford the down payment on these pricey units were often made to commit, on the promise that the OTP would be re-issued until they had sold their former home).

Another ongoing problem is unofficial “cash back” from the agents

Say an agent pushes for a higher five percent commission, on a $1.6 million unit ($80,000). The agent then gives the buyer back $32,000 in some form or other – often by passing the cash to the buyer’s sibling or relative as a referral fee.

The buyer gets a discount, the agent gets to close a sale at no additional cost to themselves. This could be construed as going against CEA guidelines, which don’t allow for cash back – but it’s hard to detect such deals when buyers are complicit with them. There are even buyers out there that make the agents do the legwork initially, and threaten thereafter to find another agent should they not comply with giving out a cash back.

So not only are these cash back deals not allowed, buyers should note that you will have no recourse should you agree on one with an agent to “allow your downpayment to be cheaper”.

Some major buyers – big investors who buy in bulk – now make a practice of seeking out agents specifically on these grounds; they want the agents who give away a bigger portion of their commissions as discounts.

Exactly how this affects the property market is hard to quantify; it’s not easy to claim it outright hurts or helps the market. However, it does muddle the quality of pricing data, as the recorded transaction amount will exclude the commissions.

One other factor is that, with this approach, the developer is incentivising the agent, rather than pricing the unit lower. While generally good for the buyer in question, this is less favourable to those that bought early, in search of discounts.

There’s also the risk that, as developers raise commissions to draw agents, buyers will be pushed toward developments that pay more commissions, instead of the units that are best for them.

What are the likely rectifications we’ll see this year?

URA has been asking questions of property developers, mainly on how commissions are paid, and how much. These sorts of questions are often a prelude to policy changes (e.g. questions were also asked regarding the issue of OTPs and reservation schemes, just before they were restricted).

From word on the ground, there are two possible changes we may see this year:

Here’s how it could matter to you as a buyer

In the broader sense, this helps authorities to get a more accurate picture of home prices. Greater transparency could also help to keep costs down – few developers would want to be openly seen as paying higher commissions (buyers would read too much into it, assuming the developer is desperate, or that there are problems with the project).

The most immediate benefit to buyers is that they’ll know, when an agent is incentivised to push them toward a particular development.

The drawback is that this may intensify the practice of unofficial cashback /kickback deals. Right now, only a handful of buyers are savvy about the commissions and how they work; bringing it to the fore may also bring about the bargain hunters.

#2 Commissions for agents at new launches at capped / outright regulated

To date the Singapore authorities have never regulated property agent commissions, leaving it up to free market forces. However, there is a possibility we’ll now see regulation, or at least a maximum cap, on the commissions that developers can pay. This could help with controlling overall home prices; if nothing else, it helps to standardise and plan for the cost among developers.

On the other hand, the idea that this could help lower or control prices has been challenged – some of the industry veterans we spoke to said fixed commissions will slow the sale of certain units; such as high-quantum units, or units in less desirable stacks; but there’s no reason why it would result in other units being cheaper.

All the intense scrutiny is about more than property agent commissions

We feel the latest probing isn’t just due to property agent commissions (commissions have worked this way before and after CEA, and it hasn’t changed in decades).

Rather, as with recent restrictions on OTP re-issue, this may all be part of a wider decision: whether or not to implement new cooling measures. The government has been worried about the exuberance in the property market, which began at the end of last year’s circuit-breaker (see the linked article).

Looking into commissions could be a way of trying to more accurately determine price, before taking action. Any clean-up or tightening of industry practices is probably just a by-the-way opportunity.

In any case, the changes do help buyers and sellers, in creating a more transparent property industry. It will also be informative to see how property agent commissions change based on the number of new launches for the year, or at different stages of the sale process.

For more updates as the situation unfolds, follow us on Stacked. We’ll also provide you with in-depth reviews of the new and old developments alike in the Singapore private property market.

How Much Service & Conservancy Charges (S&CC) Do You Pay Each Month (And Rebates You Receive)?
HDB Price Guide: 5 Cheapest HDB Estates For 2021