The Problems Of Being Asset Rich But Cash Poor

You could be asset rich but cash poor in Singapore 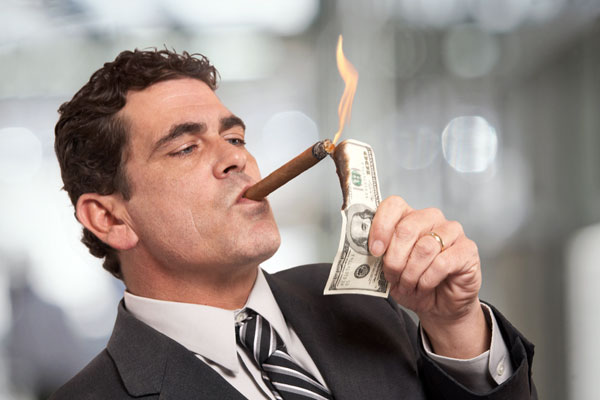 It is possible for a person to have tons of financial assets in their portfolio, but still remain cash poor. Let us explain further.

What Does It Mean To Be Asset Rich?

In the world of finance, an asset would refer to any resources that would have monetary value. These would include bank deposits, properties, stocks, bonds, private businesses and of course, cash.

When a person owns a large number of the abovementioned things, they are usually seen as rich. Also, it is not always the case that these people have a lot of cash, or own a lot of properties or stocks.

Anyone who has a basic grasp of finance would know that these individuals do not have billions of dollars in cash just lying around in their bank account waiting to be withdrawn. More likely, these individual would hold only a small fraction of their net worth in cash. Why is that so?

The reason is simple. Cash do not grow. $1 today will still be worth $1 tomorrow. When you keep your assets in the form of stocks, bonds, businesses or properties, these assets will give you a return over time. Of course, if you invest in lousy assets (e.g. a property in the middle of nowhere), then you can expect to suffer a loss as well.

It would be ridiculous to consider the likes of Evan Spiegel, Mark Zuckerberg and Eduardo Saverin as people who are assets rich but cash poor just because the bulk of their net worth are held based on the value of the tech companies that they own. Even if they only held 1% of the net worth in cash today, they are still incredibly rich people who would already have many times the amount of money an average person could ever dream of accumulating.

For example, Evan Spiegel and his co-founder swap some personal Snapchat shares for USD$10 million during one of Snapchat funding rounds in 2013. Mark Zuckerberg sold shares worth about USD$2.3 billion in 2013.

Interestingly, Elon Musk, CEO of Tesla Motor and Space X famously did ran into cash flow problems in 2010. He even wrote about what happened in an article he contributed directly to Business Insider. It’s a great read, especially if you are a fan of Elon.

Having Assets, But Insufficient Cash

Of course, for us average folks; being asset rich and cash poor isn’t a matter of having our millions of dollars being held in a fast growing tech company. Here is a more relatable scenario. For our hypothetical example, we are assuming a 55-year old couple.

Read Also: Can An Average Singaporean Couple Have Net Assets Worth A Million At Age 55 Using CPF

In terms of total asset, the absolute figure looks great. The couple has in excess of S$1 million dollar. Of course, the figures are combined, which makes sense since the HDB is jointly owned. Even then, it is still impressive.

In our scenario, we have also assumed that the couple has done very little saving and investing in their lives. They only have $10,000 worth of savings and have no investments.

Are They Doing Well Financially?

On paper, it would appear that this couple should be fairing very comfortably with their $1 million. But is that really true? Let us take a closer look.

About 60% of their net worth lies within the HDB flat that they own. Since they are currently staying in the flat, it would be difficult for them to monetise this “asset”.

As for the money in their CPF accounts, they would need to wait until the age of 65 before they can start turning this asset into cash payout via CPF Life. In the meantime however, the couple would need to work to ensure they have money to survive, in spite of their net worth of more than $1 million.

This simple illustration shows why it is important to be investing today on income generating investments. By doing so, you are able to build a sideline income that supplements your own salary from employment.

Of course, this is not to say that any assets that do not pay out a passive income immediately is not worth owning. The best assets are sometimes the ones that do not give immediate cashflow returns to their investors. For example, if you were an early investor in Grabtaxi, you still wouldn’t see the money you have invested in the company. You would however be extremely excited about the fact that the company is valued at more than $1.5 billion today. A huge payout is likely to be the case in the future.

The trick is to balance between growing your assets in the long run, while ensuring that you have sufficient cashflow in the short run to meet your financial commitments.

Should you be happy with “suitable” advice?
What Every Young Person Needs To Know About Financial Planning