The NUS-SGX Stock Pitch Challenge aims to get students to understand investing from a young age and develop interest in the Singapore stock market. For this edition of our weekly stock column, we spoke to the top three teams who won the NUS-SGX StockPitch Challenge to learn some insights from their stock pitches.

After a hiatus last year, the annual NUS-SGX Stock Pitch Challenge returned for its seventh edition in 2021. A record 122 teams from 19 pre-tertiary and tertiary institutions participated in the two-day stock pitching competition.

Eight teams were eventually shortlisted to pitch their stock ideas to judges with diverse backgrounds in academics, equity research, and finance. In the end, team DnG Capital, from National University of Singapore (NUS), won. The second- and third-placed teams, Permafrost Capital and Notice Capital, came from Nanyang Technological University (NTU). The winners are based on their research and investment theses, rather than on the actual performance of the stocks they picked.

The winning team put forward sell call for the second-largest supermarket chain in Singapore, Sheng Siong (OV8). We had the chance to preview their pitch deck, and saw that it provided a similar type of analysis to what we would expect from analysts working in the industry.

With the benefit of hindsight and further safe management measures having boosted grocery sales again this year, the sell call might have been premature as Sheng Siong’s share price has risen to $1.62 (as at 21 May 2021). Of course, no one would have been able to predict that Singapore would revert into Phase 2 (Heightened Alert) measures back in March. The team itself put this risk as “low probability” but acknowledged that if it happened, will have a “high impact” on the company.

Nevertheless, the team put forth some of its reasons why Sheng Siong may need to rethink its longer-term strategies. This includes: 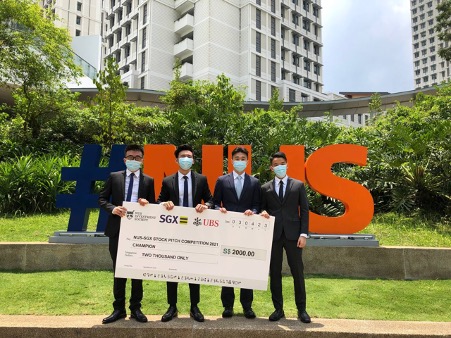 ThaiBev controls about 90% of the spirit consumption market in Thailand, as well as hold a 28.5% stake in F&N, a 53.6% stake in Vietnam’s largest beer player, Sabeco, and a 75% stake in Myanmar’s largest whiskey maker, Royal Group. The team focused on three main investment theses for its bullish outlook on ThaiBev:

Again, with the benefit of hindsight, we’ve already seen that BeerCo has put this IPO spin-off plans on hold as COVID-19 cases have surged in its key markets.

Read Also: How Much Would Singapore Investors Have Earned If They Invested $1,000 In Every IPO On The SGX In 2020?

2) Better profit margin for core beverages. The team also thinks that there is scope for introducing more premium brands which will improve profitability, as well as reduce costs by focusing its marketing strategy online.

3) Well-positioned to tap on structural changes with opportunities in healthier drinks and food delivery.

With consumers across Southeast Asia increasingly looking for healthier alternatives, which also comes on the back of more supportive legislation in the individual countries, ThaiBev, having the scale and ready products in the category, can potentially win market share.

Within the food delivery space, ThaiBev also has a network of 649 F&B branches, and has already begun its food delivery initiative. With COVID-19 potentially changing consumer behaviour even after it passes, this puts ThaiBev in a good shape to benefit from the trend. 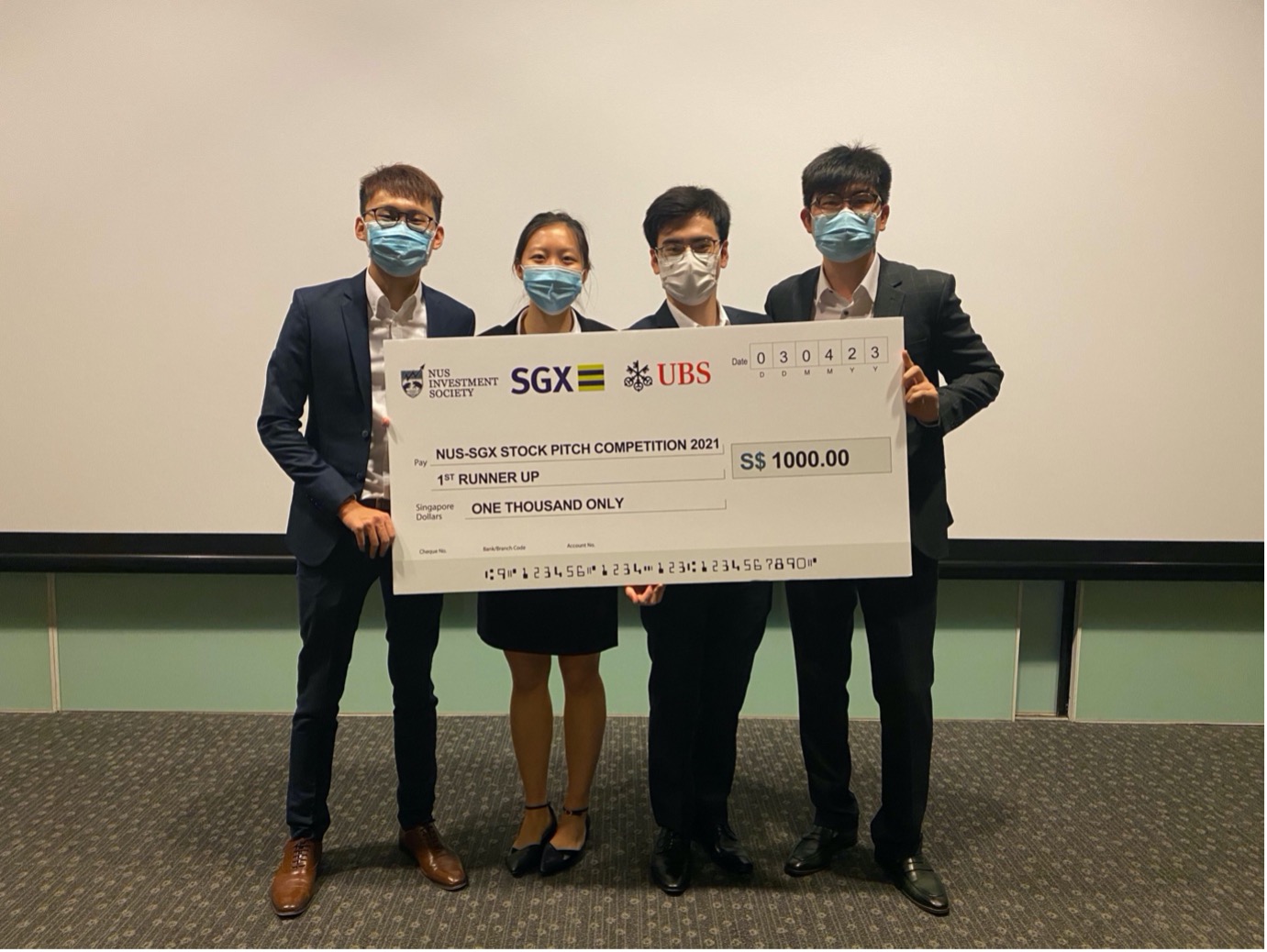 The second-runner up, Notice Capital, provided a buy rating on Riverstone with a 30% upside from its $1.24 share price to $1.61. Since then, Riverstone’s share price has already risen to $1.47 (as at 21 May  2021), underpinned by the recent tightening of safe management measures in Singapore.

Based in Malaysia, Riverstone is a glove manufacturing company. Riding on the tailwind of COVID-19-induced demand, Riverstone has enjoyed increased demand and higher prices for its products. This trend is likely to stay for even longer as vaccination rollouts are ongoing, as well as rising hygiene standards and awareness continue to drive demand up.

Riverstone has already put in place plans to ride on growth in demand by expanding their capacity by 1.5 billion gloves yearly from 2020 to 2023.

While medical gloves are understandably in huge demand right now, Riverstone also produces cleanroom gloves that are widely used in the semiconductor industry – where chipmakers are also experiencing their own supply shortage. This is a segment that other big glove-makers such as Top Glove and Hartalega are not as focused on.

While the Notice Capital sees Riverstone riding on core strengths in its market leadership position and technology, it also puts forth opportunities for the business due to long-drawn vaccine rollout programmes and higher budgets being allocated to purchasing medical equipment.

However, the team also acknowledged key risks in its operations: 1) potential corrupt practices in Malaysia, 2) COVID-19 outbreaks at its factories and 3) rising labour and raw material costs. 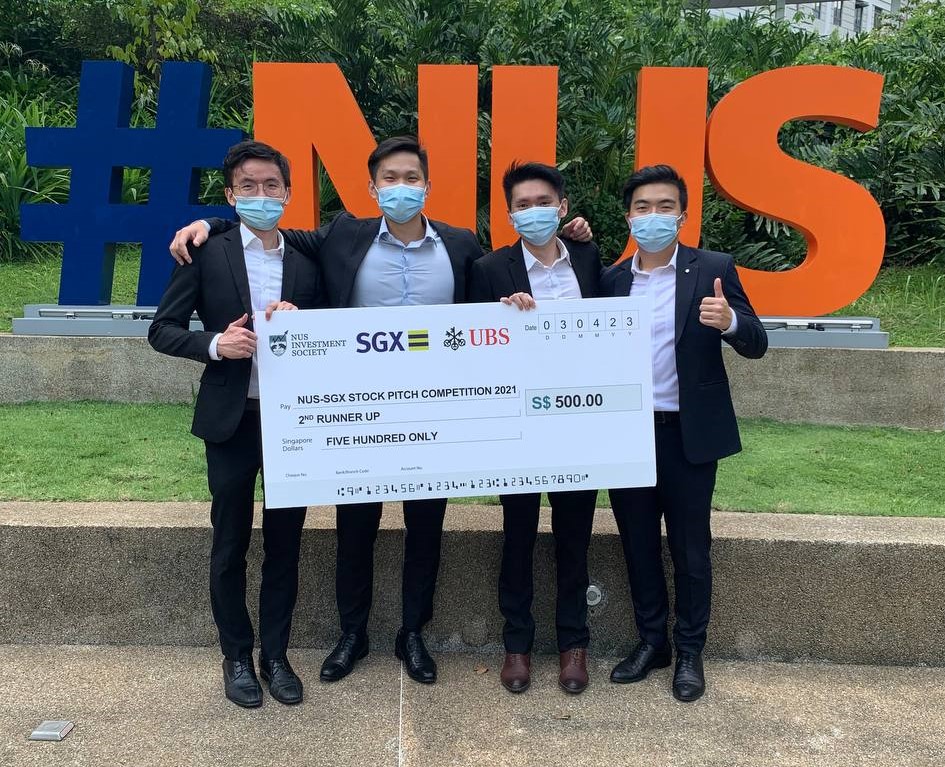 5 Things To Understand About Don Agro (SGX: GRQ), The First Russian Company To Be Listed On SGX
ARK ETFs: What Are They And How You Can Invest In The Biggest Disruption Trends Globally