Pasir Ris MRT station will become an interchange station by 2029. 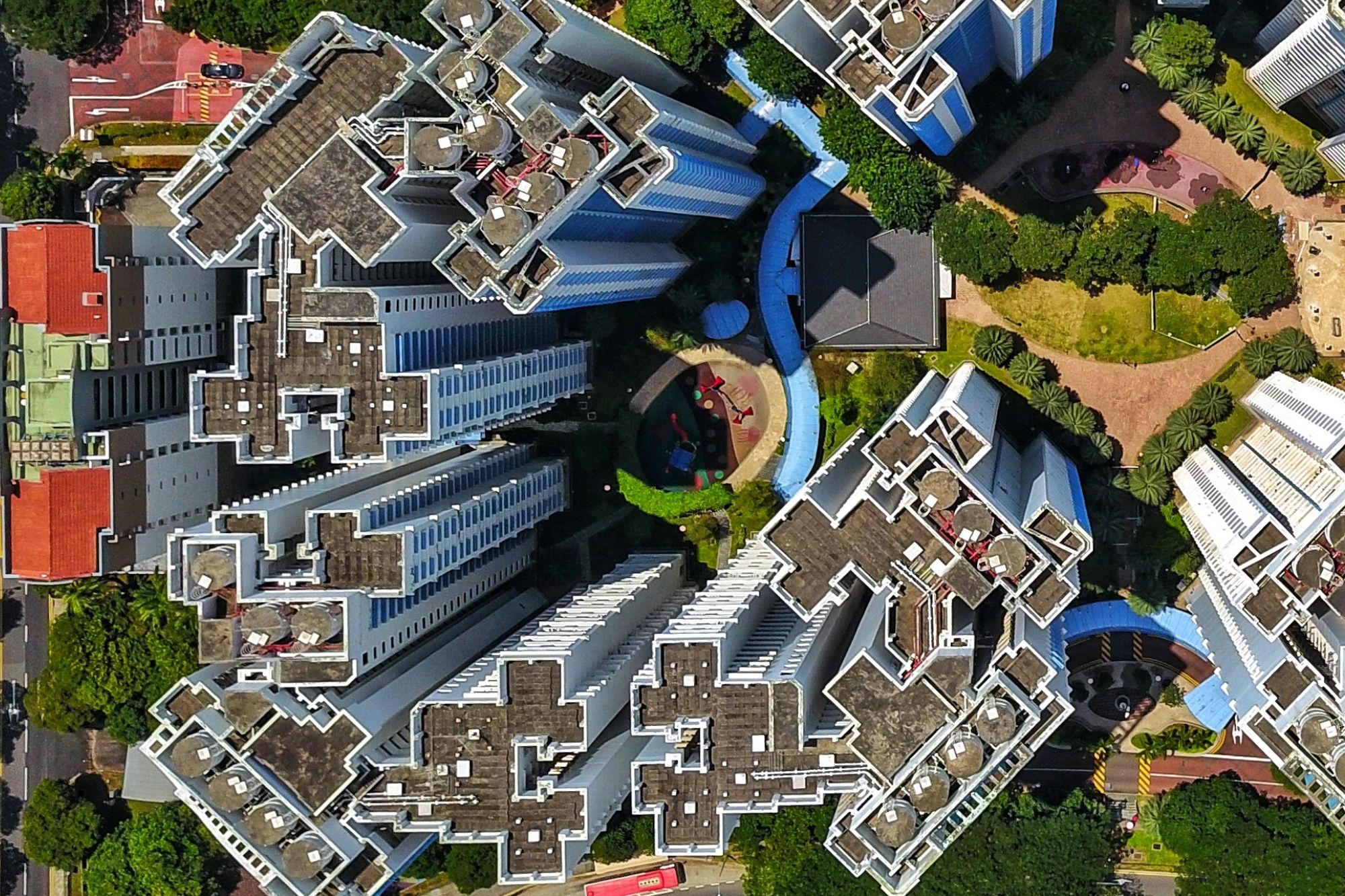 The home of 106,600 HDB residents, Pasir Ris is a town in the northeast of Singapore. The town itself comprises four subzones: Pasir Ris Central, Pasir Ris West, Pasir Ris Drive and Pasir Ris Park. Pasir Ris also includes the Loyang Industrial Estate which encompasses three subzones: Loyang West, Loyang East and Flora Drive. Lastly, the Pasir Ris Wafer Fabrication Park completes as the 8th subzone of the entire planning area. The estimated total population size of the town is around 148,020 people, as of 2019.

Aside from residential and industrial, this is also where the Changi Prison Complex is sited since its construction in 1936. It houses the most serious criminals in the country. There are also a few military camps and a ferry terminal that transports National Servicemen to Palau Tekong Island for their Basic Military Training (BMT) as part of their National Service.

Pasir Ris Town was also earmarked for rejuvenation as it was envisioned to become “Our Urban Sanctuary” within the next five to ten years as part of the Remaking Our Heartland 3 (ROH3) plans in 2015.

Read Also: Neighbourhood Estate Guide: Could Kallang Be The Best Estate In Singapore To Live In?

The town’s modern transformation started in earnest from 1988 when the first group of Housing Development Board (HDB) occupants moved in.

Pasir Ris was once known as Passier Reis in the 1800s. The current name, Pasir Ris is possibly a contraction of the Malay name “Pasir Hiris” (where Pasir means “long sand” and Hiris means “to shred or slice”). This could likely indicate the town was named after its distinguishing, sandy beachfront surroundings.

During the early days, the bigger villages in Pasir Ris, such as Kampong Loyang and Kampong Pasir Ris, were unsurprisingly all centred on agriculture and livestock farming. This image changed in the 1890s when a Jewish broker, Ezra Nathan and real estate agent H.D. Chopard built country homes meant for rest and recreation in Pasir Ris. These holiday bungalows, which had both sea bathing and freshwater, were mainly used for celebrations and recreation. This marked the beginning of Pasir Ris as a recreational and leisure destination.

When we talk about employment, there is no shortage of options for the residents in the town. There are a few major employment hubs nearby, placing it in an enviable position amongst the top towns with plentiful employment opportunities closer to home.

The most identifiable of these is the Changi Airport Group and the related homegrown aviation-related companies such as SIA, ST Engineering and SATS. Given its short distance from the Airport, it is convenient for the employees of these companies to work and live in Pasir Ris town. The allure of the town is set to increase with development and construction of Changi Airport’s Terminal 5, Changi East Industrial Zone, Changi East Urban District and other supporting aviation and ground transport infrastructure.

The other major employment hub is the Changi Business Park, where many professionals in the Information technology (IT) and Finance fields are employed to work as part of backend operations for some of the major IT and banking multinational corporations (MNCs). The 71-hectare Changi Business Park is a leading business and research node that puts companies, research firms and academia in close proximity.

The Pasir Ris Wafer Fabrication Park, which forms one of the subzones of the town, is home to wafer fabrication and advanced display companies. With the current global shortage of semiconductor chips, the semiconductor industry is set to see a boost with new developments, which will also create more jobs closer to home. In this year’s Electronics Industry Day, JTC Corporation unveiled its 5-Year Estate Enhancement Plan for Wafer Fabrication Parks to refresh the roads and pedestrian walkways with more greenery. The first phase of roadside enhancements was targeted to be completed by end 2021. As part of its plans, there will also be new covered walkways and cycling paths by 2023 to improve accessibility and connectivity within the estate and to nearby amenities and transport nodes.

One of the biggest shortcomings of Pasir Ris Town, since its very beginning, was its rather poor connectivity within the estate and around Singapore.

This started to change when the Pasir Ris MRT station was opened in 1989 which connected the town to the other parts of Singapore via the East-West Line (EWL). This meant quicker and easier rides to the city for the residents.

The rail network connecting to Pasir Ris is set to increase further with the addition of four more stations as part of the Cross Island Line (CRL), giving the residents in Pasir Ris a direct link to the eastern and north-eastern parts of Singapore. The construction of the four stations – Punggol, Riviera, Elias and Pasir Ris will begin in 2022, which will bring the travelling time from Punggol Central to Pasir Ris to around 15 to 20 minutes down from the current travelling time of around 40 to 45 minutes by bus. This will be a major plus factor for the residents looking to work in the Punggol Digital District.

It was announced in 2019, that the Pasir Ris MRT station will become an interchange station by 2029 as it will be part of the EWL and the main branch of the CRL. This will further boost connectivity within the estate to other parts of the town and localities in the Eastern and North-Eastern Region of Singapore.

Residents can also look forward to more enhanced walking and cycling experiences within Pasir Ris with the expansion of the cycling network connecting residents to places of work and leisure more seamlessly, as part of the initiative to be more car-lite.

Based on HDB’s 2019 data, there is an estimated of 29,654 built-up dwelling units in Pasir Ris, which is still short of the ultimate target set at 44,000 units. Therefore, this is not a densely populated town and still has potential for growth as new BTO flats and private apartments are expected to be built over the coming years.

Taking a look at the HDB resale housing prices based on the 1st Qtr 2021 data, we can see the median prices recorded are still closer to the lower end of the median prices achieved for all towns amongst the different HDB flat sizes despite having a mature town status.

During the August 2020 BTO sales exercise, the Costa Grove, a 1070-unit project was launched. Despite its long-estimated completion period of around 56 – 58 months, it was generally well-received with more applications than the units on offer. The project offered various unit sizes of 2-rooms to 5-rooms flats and a block designated as rental flats. These blocks will be integrated with community facilities for multi-generational families to enjoy.

However, housing project in Pasir Ris that may be the talk of the town is the upcoming Pasir Ris 8 integrated project. The mixed-use development will become the 10th integrated development that will be seamlessly connected to both MRT stations and a bus interchange. It will consist of a polyclinic, childcare facilities, retail amenities and a town plaza. The launch of this project is expected to create a positive impact on the prices of the surrounding resale properties.

In that respect, a search on skoolpedia, showed there are around 80 Childcare Centres in Pasir Ris. This includes the familiar centres such as My First Skool, PCF Sparkletots, Star Learners and many more others. There is a healthy number of childcare centres serving the town.

Next, there are also a good number of Primary and Secondary Schools. Despite the closure of some junior colleagues due to falling student rates, there is still one Junior College at Pasir Ris: Tampines Meridian Junior College (formed from the merger of Tampines and Meridian Junior Colleges). This is good news for parents and students residing in the Town as they do not have to make long commutes to attend schools at the various levels.

Here is a list of the MOE-based educational institutions at Pasir Ris.

Read Also: Neighbourhood Estate Guide: Will Sengkang Be The Next Supertown In 2030?

Pasir Ris is known for its bungalow chalets along Nethervon Road and some might have memories of trespassing the Old Changi Hospital, ghost hunting during their chalet stays. Though it is no longer possible now with the beefed-up security, you might still be (un)fortunate, depending on how you view it, to have had supernatural encounters in some of these old bungalows.

For those wishing a dose of pirate lifestyle, you might be interested in taking up a membership at the Changi Sailing Club to engage in a variety of seaport activities like Dinghy sailing or keelboat sailing.

The water sport activities do not stop there. Pasir Ris has the biggest and undoubtedly the best waterpark in Singapore, the Wild Wild Wet. It is rated as the 5th best water park in Asia according to the Tripadvsior Travellers’ Choice 2019.

After working out a sweat at these recreational spots, you may want to satisfy your appetite with the many good and affordable hawker food options at Changi Village Hawker Centre and Pasir Ris Hawker Centre. Many foodies make the journey to the east just to satisfy their cravings for a good old nasi lemak. Pasir Ris does have a feel of being laidback and gives you a sense of calmness that you may not necessarily associate with other towns. As such, it still holds its charm as a place of recreation and relaxation.

Read Also: Neighbourhood Estate Guide: Why Tanjong Pagar Will Be Even More Desirable In The Future

How Much Does It Cost To Furnish Your HDB Flat?
7 Little-Known HDB Renovation Guidelines That Singaporean Homeowners Should Know About