The Inverted Yield Curve: Does it Mean There’s A Recession Coming? (And What Investors Should Be Doing Now)

The countdown clock to the next recession has started, but no one knows when it will happen. 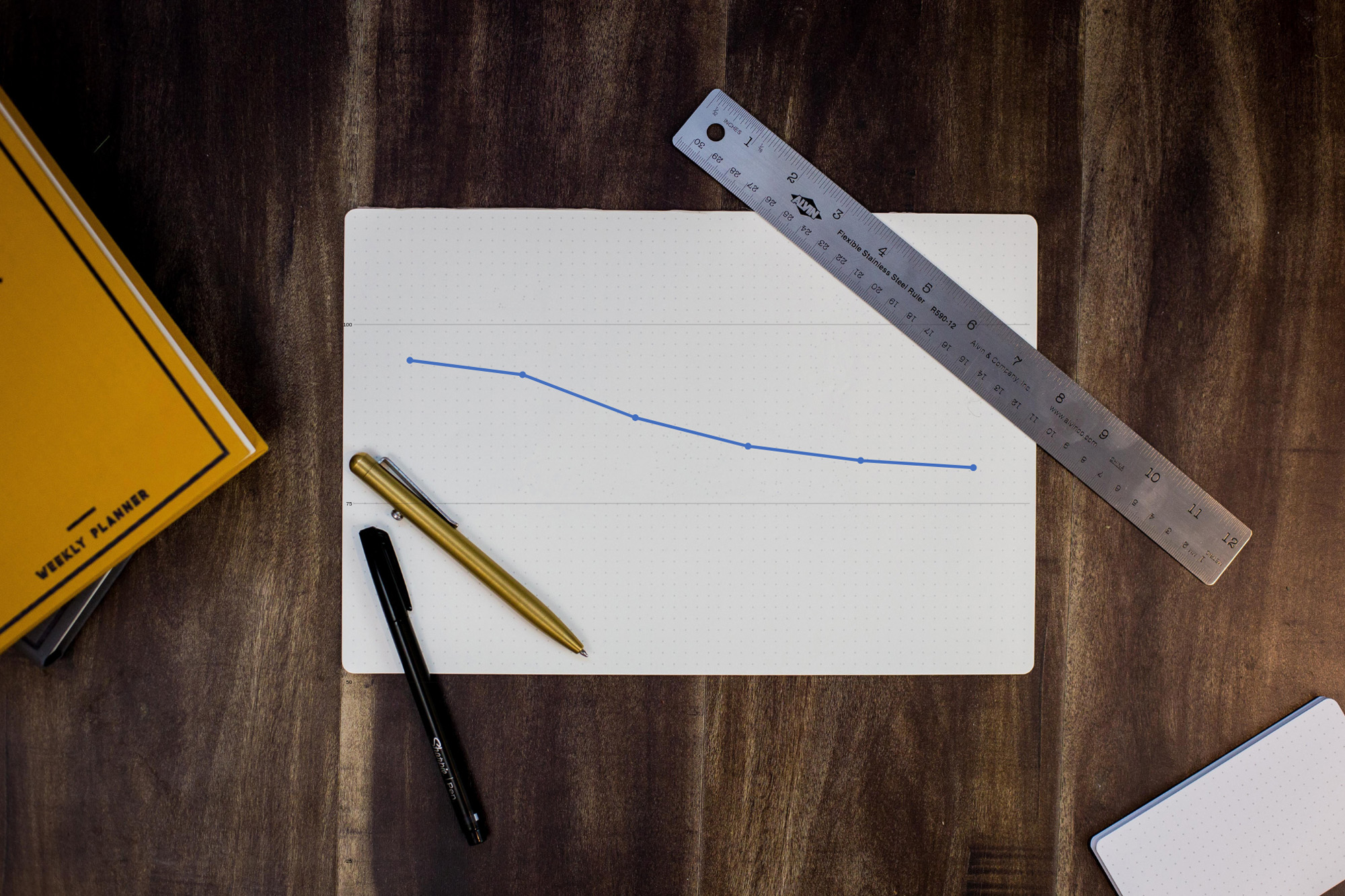 This article was contributed to us by Charles Schwab Singapore.

The relationship between yield curve inversions and the economy is well known. When shorter-term rates are below longer-term rates (a normal curve), banks can lend profitably as they earn the spread by borrowing at the short end and lending at the long end. But once the curve inverts, the absence of profitability leads to compressed lending, and the resultant tightening in credit conditions can and has contributed to recessions.

Investors developed a case of the blues in late March when the most commonly-watched yield curve went into the red, but the history around yield curve inversions shows a wide swath of grey area.

For the first time since mid-2007, the 10-year to three-month (10y-3m) portion of the U.S. Treasury yield curve inverted on 22 March, which unleashed a near-2% decline for U.S. stocks on heightened fears of recession. That’s the longest stretch of time since at least the early-1960s without an inversion.

History has shown us that every recession since the mid-1960s has been preceded by an inverted yield curve, so it is little wonder recession fears have elevated. However, it may be comforting to note that in addition to the possibility of “false positives,” an inversion doesn’t help define either the length of runway between the inversion and the subsequent recession, or the severity of the recession (or attendant bear market).

What we don’t know yet is whether the latest inversion was a one-off situation, with the curve destined to steepen again, or the beginning of a more protracted inversion.

There is still hope, since liquidity is still ample amid tight credit spreads. The average return on invested capital (ROIC) for U.S. companies remains above both short- and long-term rates, while lower longer-term rates are increasingly supportive of the housing part of the U.S. economy.

While history can give us some guideposts, there exists enough grey area to make any kind of accurate forecast a difficult task. There have been myriad analyses done on the history of yield curve inversions, with the data often expressed in median or mean terms. Because of the wide dispersion in past experiences—both in duration-to-recession and stock market performance terms—it is important to understand the details around each of the past seven inversions.

Below are a series of six charts—each one spanning from six months prior to the inversion through the entire subsequent recession.

“Conclusions” We Can Make From These Charts

A Word About The 1998 Inversion

Some historical data shows a brief inversion in the curve in 1998, depending on which version of the three-month Treasury bill you use. The version we used for this article — the secondary market version which is derived from secondary market trading — has a longer history and allowed us to take the analysis back further. That version never inverted in 1998. However, the primary “constant maturity” rate version — used by the Treasury when calculating yield curves — did invert, albeit very briefly.

The 1998 experience is considered to be one of the “false positives,” with the aforementioned primary curve briefly inverting in September of that year.

Markets then were under considerable stress from the triumvirate of the Asian currency crisis, Russia’s bond default/currency collapse and the implosion of Long Term Capital Management (LTCM). Once the Fed stepped in to unwind LTCM’s portfolio and ultimately cut short-term rates, the yield curve steepened and a recession was put off.

Although the 10y-3m spread is one of the more common curves on which markets tend to focus, it’s not the only one.

In fact, following the June 2018 FOMC meeting, a Fed paper was presented highlighting an alternative indicator of the likelihood of recession based on research by Fed economists Eric C. Engstrom and Steven A. Sharpe. Their research found that longer-term spreads, like 10y-3m, are not as accurate in forecasting recessions as is the “near-term forward spread.” As noted by Engstrom and Sharpe, the latter “can be interpreted as a measure of the market’s expectations for the direction of conventional near-term monetary policy.

When negative, it indicates the market expects monetary policy to ease, reflecting market expectations that policy will respond to the likelihood or onset of recession.” They further noted that “using forward rates should help identify more precisely than yields where on the maturity spectrum the signal for recession lies.”

As you can see in the chart below, this near-term forward spread inverted in January, steepened a bit thereafter, but has retreated back into inverted territory. It is at a level of inversion last seen in 2008.

Frankly, when the Fed says they believe they’ve found the best recession-predictor among a series of yield curves, you probably want to pay attention when it’s inverted.

Back to the common 10y-3m yield curve, Bespoke Investment Group (BIG) published some historical returns for all periods when the curve has been inverted. Since 1962, the yield curve has been inverted on about 11.5% of all days, with the S&P 500 averaging an annualized change of -1.9% following these occurrences. The best forward returns for stocks came when the curve was in the +150-200 basis points range (i.e., when it the curve was steep and not inverted); which is obviously a far cry from where we are today.

With much hyperbole being thrown around these days, it’s no longer headline-worthy to suggest a recession is coming: that’s the inevitable end to an economic cycle.

What’s always difficult to gauge in advance is the length of runway between the present day and the next recession, which could be getting shorter than what the consensus currently believes — especially in the absence of a U.S.-China trade deal being inked. With both yield curves discussed above having inverted, it shouldn’t be unexpected that the countdown clock has “officially” begun.

Managing Emotions When Managing Your Portfolio

The track record of the inversion of the yield curve as a signal of a potential bear market and recession on the horizon has some investors focused on preparing for a challenging market environment.

Without needing to pinpoint the timing precisely, investors should remain disciplined and diversified and continue to prepare for the inevitable end of this cycle.If you have prepared your portfolio, reevaluated your investment plan, defined and confirmed your risk tolerance, and rebalanced your assets, there may be little you need to do. Remember, staying disciplined allows investors to ride out market downturns better than investors who throw discipline to the wind. Afterall, recessions are cyclical and will not last forever.

Investment involves risk. Past performance is no indication of future results, and values fluctuate. International investments are subject to additional risks such as currency fluctuations, political instability and the potential for illiquid markets. Investing in emerging markets can accentuate these risks.

The information provided here is for general informational purposes only and should not be considered an individualized recommendation or personalized investment advice. The investment strategies mentioned here may not be suitable for everyone. Each investor needs to review an investment strategy for his or her own particular situation before making any investment decision.

All expressions of opinion are subject to change without notice in reaction to shifting market, economic or political conditions. Data contained herein from third party providers is obtained from what are considered reliable sources. However, its accuracy, completeness or reliability cannot be guaranteed.

Diversification and rebalancing a portfolio cannot assure a profit or protect against a loss in any given market environment. Rebalancing may cause investors to incur transaction costs and, when rebalancing a non-retirement account, taxable events may be created that may affect your tax liability.

Past performance is no guarantee of future results. Forecasts contained herein are for illustrative purposes only, may be based upon proprietary research and are developed through analysis of historical public data.