GXS Bank Vs Trust Bank: Which Digital Bank Should You Choose?

Choose one that serves your needs best 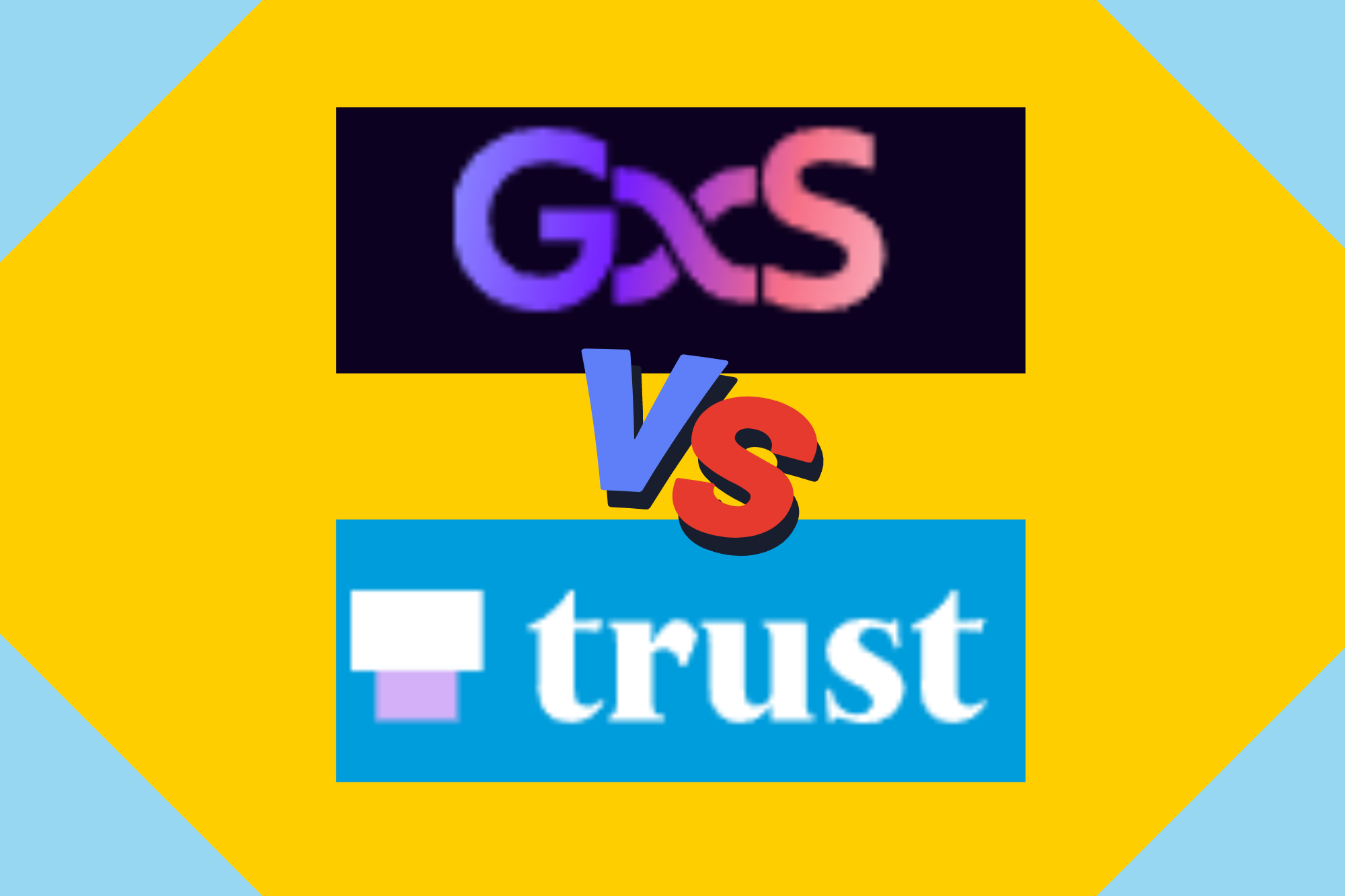 Two digital banks—GXS Bank and Trust Bank—recently launched their services in Singapore. These “digital banks”, unlike traditional banks, operate entirely online without any physical branches. Customers of these digital banks will be able to manage their finances through an app, which will be backed up by a helpline that will be available 24/7.

The GXS Bank (GXS), which first began offering its services to a select group of people on 31 August 2022, is a consortium backed by Grab Holdings and Singtel. It claims to have a potential market of roughly 3 million customers across the Grab and Singtel ecosystems.

Whereas its rival, Trust Bank (Trust), which launched its services a day later, is backed by Standard Chartered Bank and FairPrice Group. This gives it access to an ecosystem with a potential daily market of about 1 million customers.

With both banks attracting customers in different ecosystems, here’s what you need to know if you are keen on opening a digital bank account with either GXS Bank or Trust Bank.

The first differentiating factor between these two digital banks is the type of banking licence that they have.

GXS is one of the two banks that was awarded a digital full bank (DFB) licence by the MAS in December 2020. The other, being Sea Limited’s Mari Bank, has yet to announce its offerings. The DFB licence was given to GXS because of its business model’s value proposition, its potential to run a responsible and long-term digital banking business, its growth prospects, and its other contributions to Singapore’s financial centre.

Trust, on the other hand, has a full bank licence, which allows it to offer a full suite of banking products similar to traditional banks.

Standard Chartered Bank, which has a 60% ownership in Trust, was awarded the “Significantly Rooted Foreign Bank” (SRFB) privileges in 2020, which paved the way for establishing Trust Bank with a full bank licence. So, even though Trust is a digital bank, it can offer more banking services, such as cash withdrawals from ATMs in Singapore that are owned by Trust or Standard Chartered Bank.

Both banks may want to attract a wide customer base, but their initial priority would be to leverage the ecosystems upon which they rely.

GXS aims to uplift the banking services offered to the unbanked and underserved segments, such as entrepreneurs, gig economy workers, and early-jobbers. It also touts itself as a Gen Z bank and seeks to provide its customers with hyper-personalised support as their banking needs and expectations change over time.

Whereas for Trust, it intends to leverage on NTUC and its unions, as well as its other social enterprises beyond FairPrice Group to bring significant savings on everyday living expenses and to better address the needs of workers and their families. Trust also claims to offer a differentiated customer experience that is built specifically for Singapore.

Read Also: [2022 Edition] NTUC Membership: Complete Guide To All The Benefits You Will Receive

GXS App Vs Trust App: What Are The Available Features

Both banks’ mobile applications can be downloaded from the Google Play Store and Apple App Store.

Though the GXS app was made available from 5 September, registration is currently by-invite only, but you may only register your interest first. The app is still being slowly released to consumers, starting with selected employees and underbanked customers within the GXS, Grab, and Singtel ecosystems.

Nevertheless, the app offers a simple and gamified interface that allows you to allocate your savings into personalised pockets for different life goals. It also uses techniques such as visualisation and smart nudges to help its customers develop and sustain a habit of saving.

Similarly, the Trust app is also built on state-of-the-art technology, prioritising security when using any of the services on the app. It also allows users to interact 24/7 through the in-app customer service voice and messaging.

Moreover, the Trust app, which you can switch between English and Mandarin, enables you to see your Linkpoints rebates in real-time and redeem other coupons easily with its in-app spend tracker. You can also control your debit or credit card using the app and see all your transactions, including up to the past 7 years of monthly statements.

At the time of writing, GXS has only launched a single product—its savings account—whereas Trust Bank has launched more products, which include a savings account, debit/credit card, and an insurance product. Hence, in order to make a fair comparison, we will only examine the savings account features of both banks.

GXS is offering 0.08% per annum (p.a.) interest accrued daily on its savings account. You can also allocate your savings in up to 8 different pockets (also known as Saving Pockets) to save for different goals. These pockets will act as fixed deposits, earning higher interest of up to 1.58% p.a. accrued daily. However, there is a total deposit cap of $5,000 across the savings account and pockets.

Both digital banks do not charge their customers any fall-below fees, which are typically associated with traditional banks.

It is common for new businesses or entrants to an existing market to offer enticing sign-up rewards as a way to quickly gain market share.

In that respect, consumers would have been disappointed by the lack of such incentives dangled by GXS. One reason could be that GXS is not prepared to launch its services to the masses, as it’s only being rolled out to a small group of users. A second reason could be due to the DFB framework, which doesn’t let digital banks like GXS engage in value-destructive competition to gain market share.

On the other hand, Trust has offered more attractive sign-up rewards, including a $25 sign-up e-voucher, up to 21% promotional discounts on FairPrice Group spending, a $10 e-voucher for referrals, a 1 kg rice bag, a breakfast set, and Tesla (Model 3) car-giveaways. This has incentivised many to spam share their referral codes on social media platforms, which enabled Trust to achieve its 100,000 customer milestone within 10 days of launching its services.

Choose Based On Your Needs

Both banks seek to serve a different target market by having unique value propositions, which could be useful if you fall into one of these groups.

For example, the GXS might be useful if you do not have any banking services. However, given its slow launch, limited available products, and a small deposit cap, it may not suit the needs of the wider population, who might already have one or more banking accounts.

On the other hand, the Trust might be more relatable to many of us who shop at FairPrice Group. Trust not only offers attractive interest rates on its savings account but also helps to reduce our everyday living expenses with its tie-up with NTUC Linkpoints Rewards system. Moreover, the current enticing sign-up deals could be a big draw for many to start using its services over GXS.