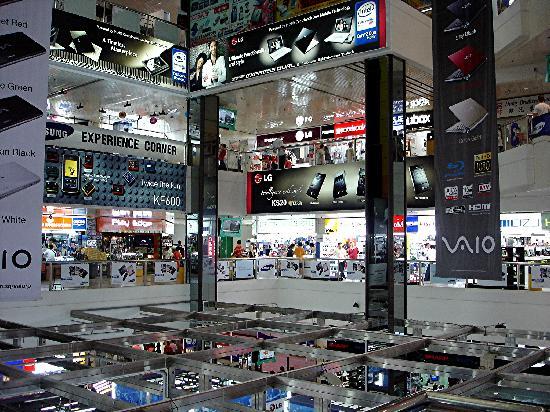 DollarsAndSense.sg shares some of the interesting feedback that we have been receiving on the Sim Lim incident.

Our previous article on the economics behind the rampant scams in Sim Lim drew quite a number of responses from readers, including those from other websites where the article was also published.

In light of the diverse views and feedback received, we decided that a second article would help to further clarify some matters. We will tackle them in a Q&A format.

1. If a person can’t discern between a good or bad deal, he or she deserves to be cheated?

Some readers feel that if a tourist enters Sim Lim without doing enough homework, he/she deserves to be cheated. This perspective seems quite harsh to us.

Saying that someone deserves to be cheated because he doesn’t know enough before buying a product is equivalent to saying that an elderly couple deserves to lose their retirement money for buying into Lehman Brothers “mini-bonds”. The elderly couple didn’t know what they were buying. Heck, even the personal banker who was selling the “mini-bonds” probably didn’t even know exactly what he was selling except for what he was taught to say.

Just because someone doesn’t know enough about a product does not mean he or she deserves to be cheated. Yes, they might be more susceptible to it, but they deserve a fair deal as well, just like how the banks shouldn’t have sold junk to an elderly couple just because it was easy to trick them.

2.If you sign without looking at the fine print, then that’s your fault!

Incidentally, these are the exact words some banks said after they were accused of mis-selling financial products. This is despite the fact that some of the people who bought these products did not read nor write in English. How convenient.

We wonder whether our Vietnamese friend who was scammed at Sim Lim is fluent in English? If he is not, how did the salesperson manage to explain to him that he had to pay more?

One suggestion to errant shops at Sim Lim. Have your contract in foreign language. It will improve your case when the police are called in.

3. It is NOT cheating if it’s a willing buyer, willing seller agreement

We assume that majority of the readers and commenters do not really grasp the whole situation of what is happening in Sim Lim. Don’t be too hard on yourself, neither did Tan Chuan Jin.

Here is an article written by a tourist that will help shed some light on how scams operate.

What Should I Do In Singapore In 6 Days – Hint: Definitely not go to Sim Lim

Let us sum it up for you. The tourist who wrote this article said that he personally asked the salesperson 3 times if the price he was quoted was all-inclusive. The salesperson said “yes”.

It was only after the invoice was signed where the salesperson took the invoice, gone to the back of the shop, and added an additional $1396 onto an already signed invoice. If this doesn’t qualify as cheating, then we don’t know what would.

4. Shops above level 3 are fine

Some readers commented that the shops operating above level 3 are fine and we can safely shop there without the fear of a salesperson adding on a $2000 warranty or fudging with an already signed invoice.

We don’t really understand the premise of this logic since they are definitely capable of it, and we think the scams and cheating are more prevalent than just 2% of the shops. (see point 7)

5. “Honest Shops” should not be punished

Quite a number of readers were unhappy that we advocate our readers to simply avoid Sim Lim until the entire complex gets itself sorted out, collectively. They feel that it is unfair to the “honest” shops operating there.

It doesn’t matter what we say, or what you think is fair or unfair. Shops in Sim Lim are going to lose business regardless of whether they claim they are “honest” or not. Tourists from other countries are going to stop visiting the place until it cleans itself up and restore its painstakingly built reputation. In fact, the Chinese embassy has already issued a warning to its citizens against shopping at Sim Lim.

Shops in Sim Lim are owned by individual landlords and not by the management. Hence, it is suggested that the management committee may be powerless to act against these tenants since it is the landlord that ultimately has the final say.

Most management committees get it done though.

7. According to the Sim Lim Management, there are only about 10 errant retailers out of about 500, which form less than 2% of total retailers.

The management committee claim that they are powerless in containing this issue and that only less than 2% of the retailers are errant, and that the rest of the shops are actually okay.

We think it should be easier to plaster warnings all over the mall, maybe a huge advertisement at every entrance, if the problem is just 10 shops. The truth is probably that these 10 shops are the worst and have had many complaints against it. There are definitely some legitimate businesses, and some moderately crooked business that have falled between the cracks. Most tourists would usually not go through the hassle of filing a complaint or going to the small claims if the amount they are cheated off is not exorbitant.

8. Why is CASE or the Police helpless as well?

Our earlier article stated that most victims have problems once they put their signature on an invoice or contract. The contract gives the shop leverage to claim that the victim has already accepted the contract and is obliged to fulfill the agreement.

We are pretty sure the contract will not hold any weight in court. But you see, both the CASE and the Police is not part of the court. No victims, thus far, had bothered to take this to court because the cost involved is huge and tourists usually do not plan for a court case when they book their holidays, usually allocating just a few days for the visit here.

An idea springs to mind. It will be interesting if the excess amount raised for the Vietnamese tourist was used to engage a lawyer to bring the shop to court instead. That would be very interesting, because it would force the owner to defend himself at his own cost. And if this is what needs to be done, then why not?

If SMRT Ltd (Feedback) would like to further take action against the owner; this beats their Pizza Hut prank, hands down!

What if the PAP had said what Hong Kong’s Chief Executive said?
A Basic Guide For Fresh Graduates On The Hunt For Jobs