Best to check the original source of where the information comes from, rather than to rely on news report. 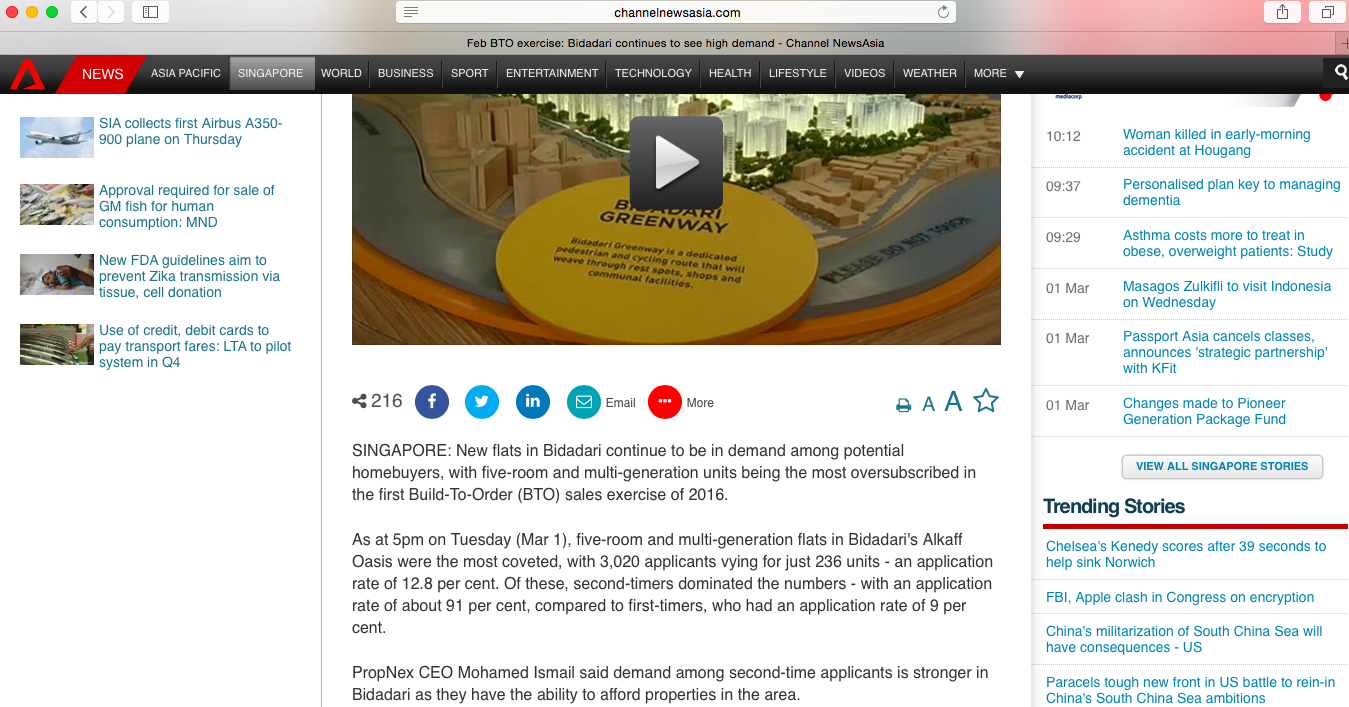 Application for the February HDB Build-To-Order (BTO) launch closed yesterday with the results released by HDB shortly after. As with all good media, ChannelNewsAsia (CNA) was quick to report the news, deciding to focus on the overwhelming applications made for the Bidadari Alkaff Oasis estate.

The CNA article, which is accompanied with a broadcast on CNA, started in a pretty standard way, stating that 3,020 applied for just 236 units of 5-Room and multi-generation flats.

Singaporeans who are familiar with BTO exercise would know that this means the estate was 12.8 times oversubscribed. However, the CNA article phrase it in an unusual way, choosing to call it as “an application rate of 12.8 per cent”

Using the phrase “an application rate of 12.8 per cent” is very different from saying that the flats were 12.8 times oversubscribed.

Were There More First-Timers Or Second-Timers Applicants?

A poor choice of words is something that happens from time to time. One could argue that people living in Singapore would instantly know that a HDB BTO launch would hardly ever be undersubscribed, let alone to the extent of having just a 12.8 per cent take up rate. The more likely alternative is that the report meant that it was 12.8 times oversubscribed.

The immediate thought that comes to mind when you read such a statement would be to assume that 91% of applicants are second-timers who already have an existing home. You may quickly conclude that the 9% of first-timers without a home are a minority among the applicants, and as such, would have a good chance of getting a flat.

This did not seem right to us. BTO launch are usually dominated by first-timer, let alone to such a large extent of 91% from second-timers. We decided to take a look at the HDB BTO application results for ourselves. 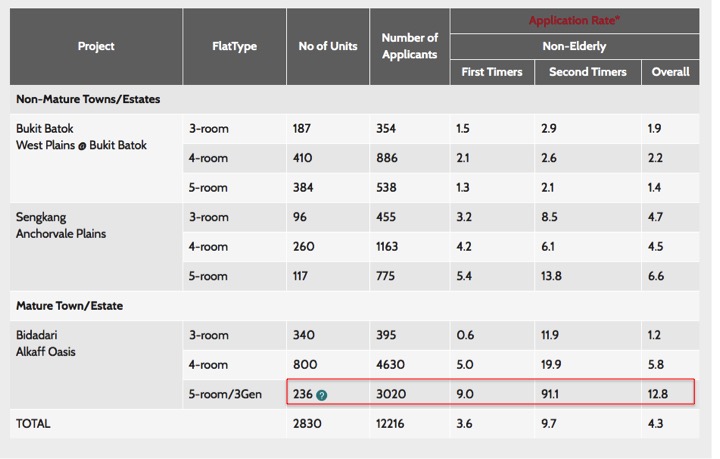 The reason for such an overwhelmingly high oversubscription rate for second-timers is not simply because there were many applicants. Rather, only about 5% of 3-room to 5-rooms flats in mature estate are allocated to second-timers, with 95% being allocated to first-timers.

To make the misinterpretation even worse, the article even continued to quote some experts on the reason for the high number of second-time applicants. These experts were happy to comply in giving their views on why demands among second-time buyers were stronger. 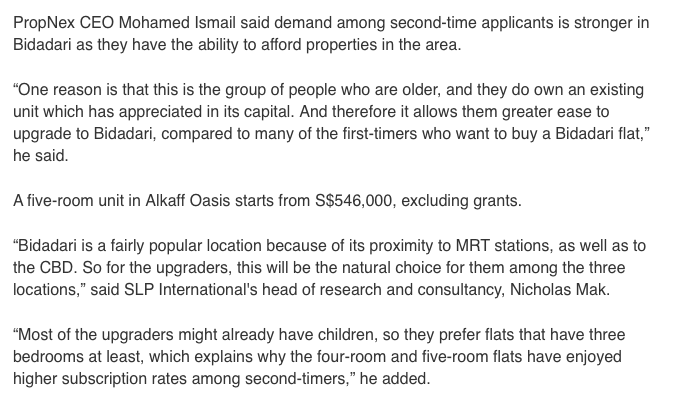 Unfortunately, the actual results showed that with a 9.0X oversubscription rate, 5-Room & Multi-Generation flats at Bidadari were pretty popular with first-time buyers as well.

If you are one of the first-timers who applied for a 5-room flat at Bidadari and thought your chances of securing a flat was high due to most applicants being second-timers, we hate to break the bad news to you. Your chances are still pretty slim with the oversubscription rate at 9.0 times, just not as bad the second-timers.

6 Ways You Can Enjoy Your Dream Vacation Without Feeling Financially Guilty
How Much Do You Need To Earn To Buy The Most Expensive BTO Flat In Bidadari?